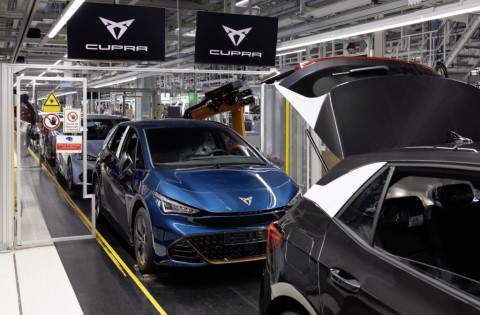 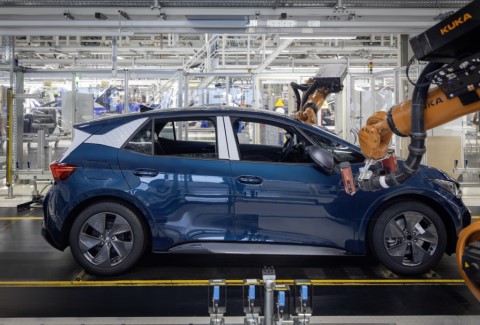 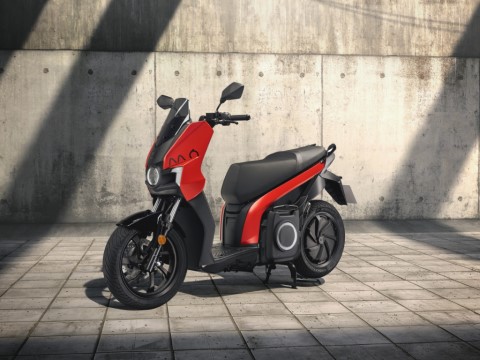 CUPRA has started production of its inaugural EV, the Born. Joining the production line at Zwickau in Germany alongside compatriots from Volkswagen, the CUPRA Born will be available to order in November. In addition, its sister-brand SEAT has also strengthened its electric line-up with its MÓ eScooter.

The CUPRA Born is the beginning of a new era for the brand, which has committed to becoming an EV-only car company by 2030. As CUPRA’s first EV, the weight of expectation falls on it to establish a foothold in the market and offer a sportier, more dynamic alternative to the VW ID.3 with which it shares so much.

CUPRA has put the Born at the centre of its heavy presence at Automobile Barcelona 2021, Spain’s largest motor show at which both CUPRA and SEAT are presenting their latest models to their home audience. Being the star of the show is appropriate given that the car derives its name from the El Born neighbourhood of the city.

Whilst initially the CUPRA Born will join the production line at Zwickau, the largest EV production plant in Europe and home of the ID series of Volkswagens, CUPRA CEO Wayne Griffiths has committed to moving production to Spain from 2025 onwards. At present, SEAT/CUPRA’s Martorell plant is being retooled to cater for the electrified future with the ambition of being able to produce half-a-million EVs not just for the Spanish brands, but other names within the VW Group, too.

Alongside the announcement that production has begun, CUPRA announced that orders will start being taken in November this year, starting it on its ambitious plan to have Born make up 20 per cent of all CUPRA sales. Customers won’t just be able to buy a Born in the traditional sense; a new lease option with a subscription model will allow for more flexible ownership.

You can read all about the CUPRA Born here, but the headlines are that in its fastest form, the car will be able to hit 62mph in 6.6 seconds and travel 260 miles on a charge of its 58kWh battery. A larger 77kWh battery is available upping the range to 335 miles, but the weight slightly dents the performance, taking that 62mph dash down to seven seconds. Technology shared with the ID.3 should make the interior a decent and intuitive place to be, whilst that dynamic edge will help separate it from its more sedate brethren.

If you need an EV for commuting into a town or city each day but don’t want to splash out on a full-blown car, the SEAT MÓ could be just the ticket. The brand’s first eScooter has a powertrain equivalent to that of a 125cc moped at 12bhp, but way more torque at a meaty 176lb-ft.

This provides the MÓ with brisk performance, taking less than four seconds to hit 31mph and carrying on to a top speed of 59mph. A 5.6kWh battery pack offer a range of up to 85 mile and can be charged in-situ, or removed and charged separately in around six to eight hours using a standard 240V home socket.

Luke the CUPRA Born, anyone interested in the SEAT MÓ can opt to either buy it outright for £4996 (after the OLEV EV Grant) or sign up to a 48 month hire purchase at £95 per month. You can buy one right now from one of 24 SEAT dealers located around the country.