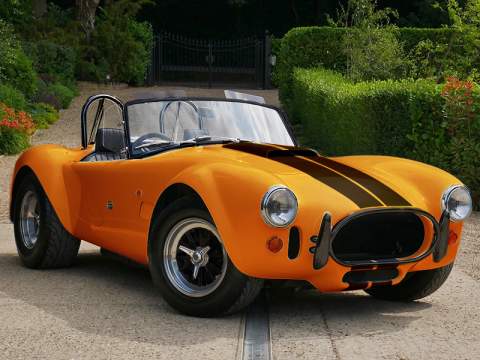 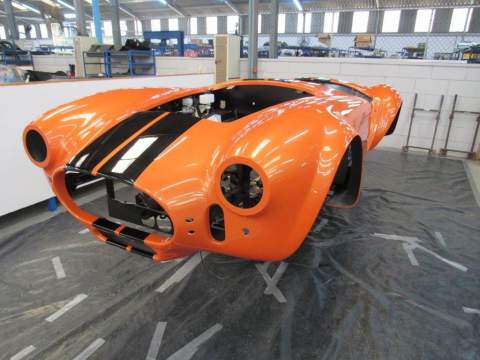 AC Cars has already reinvented the Cobra Series 1 in electric form, replacing the V8 with a rowdy 308bhp electric powertrain. To 62mph and a bit beyond, the Series 1 electric could almost certainly keep up with the petrol equivalent, but prodigious performance hasn't stopped AC Cars going one step further.

Now, AC has worked its magic on the 378 Superblower MkIV – itself a 'modern' Cobra with a GM LSV8 at its heart. The EV transplant has gotten rid of the alloy V8 and replaced it with an electric powertrain developed by AC's Derby-based technical partner, Falcon Electric. And it's a worthy replacement.

The AC Cobra Series 4 electric has a gross weight of just 1190kg, which is about on-par with the petrol version. Making the most of this lack of mass, and delivering a whopping power-to-weight ratio, is a 617bhp electric motor, dishing out a similarly impressive 737.5lb-ft of peak twist. This serves up 62mph in just 2.8 seconds.

Lack of mass also enables the AC to travel for around 200 miles on a charge, delivered by a 54kWh battery pack – likely the same unit that can be found in the Series 1 electric. With a maximum charge rate of 6kWh, overnight charging is going to be the name of the game, rather than rapid refills at public charge points.

AC Boss, Alan Lubinsky, said: “Eliminating excess weight brings with it positive benefits for the car’s owner. Lower overall weight reduces energy consumption, allowing the batteries to deliver a longer range and the ability to drive the car to AC’s traditional high standards for speed and acceleration which the marque has achieved over many years.”

Reservations are open now and deliveries are due to start before the end of the year.