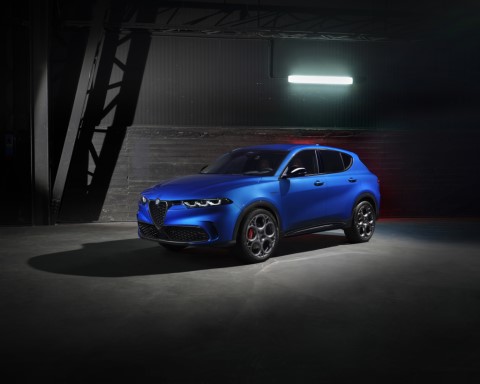 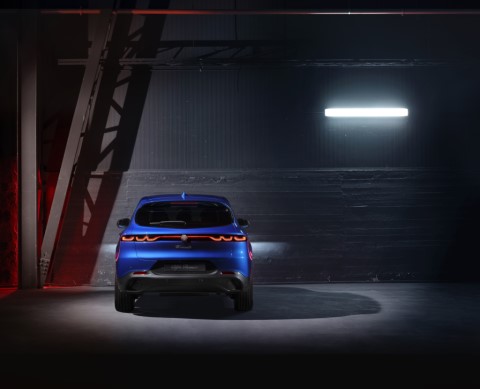 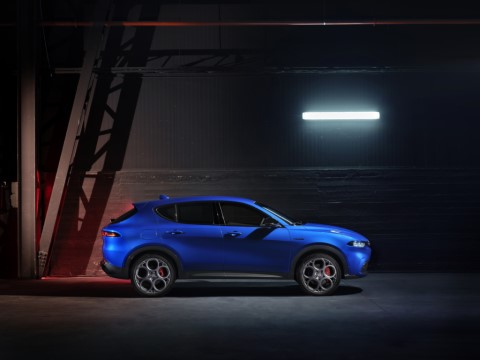 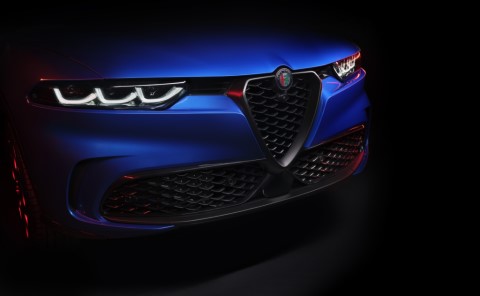 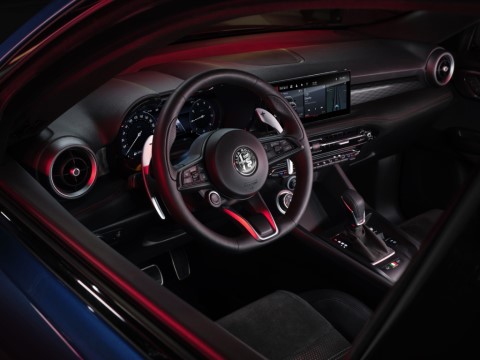 Alfa Romeo is on a mission to ‘reinvent sportiness for the 21st century’, a key element of which is electrification. The brand’s all-new Tonale SUV is a step on this journey as it will be available with a 271bhp Q4 PHEV powertrain, bringing zero-emissions capability to the Alfa range.

It’s not just electrification that Alfa is moving forwards with when it comes to the Tonale; it’s also introducing a step-change in connectivity with the SUV which debuted at a concept back at the 2019 Geneva Motor Show.

The Tonale is Alfa Romeo’s first plug-in hybrid. It combines the brand’s 1.3-litre MultiAir turbo petrol unit, which powers the front wheels, with an electric motor powering the rear wheels. This enables the PHEV to gain the Q4 moniker as an all-wheel drive variant.

Total power sits at 271bhp enabling the Tonale Q4 to hit 0-62mph in 6.2 seconds. Thanks to a 15.5kWh battery, it’s capable of up to 50 miles in city driving and 37 miles in combined driving. Alfa says it’s the most efficient PHEV C-segment SUV. Charging at 7.4kW takes two-and-a-half hours.

It should come as little surprise that Alfa Romeo has opted to make its first PHEV an SUV. They sell like hot cakes and also have space for the combination of both electronic and internal combustion drivetrains.

The Alfa Romeo Tonale PHEV is a compact SUV, similar in size to an Audi Q4 and standing at 4.53m long, 1.84m wide and 1.6m high. Alfa reckons that the car is “unmistakably” an Alfa Romeo, combining the brand’s classic styling features with modernity. Up front, the brand highlights a new floating ‘Scudetto’ shield which includes two main air intakes and, combined with the shield, create what Alfa calls the ‘Trilobo’. New full LED matrix 3+3 headlights offer the level of lighting tech we’re now becoming used to.

Down the flanks, where Alfa has introduced what it calls a ‘GT Line’, and at the rear, elements of the design details are reminiscent of the 8C Competizione. New teledial alloys, which were seen on the concept, have made production, and the car can be spec’d with anything from 17 to 20 inch wheels.

Typically Alfa Romeo – is how we’d describe what we’ve seen of the Tonale’s interior. Driver-centric is how Alfa would explain it, with the 12.3 inch digital instruments and central controls all focussed on the driver. A blend of controls including physical buttons and drive mode selector, as well as digital controls interfaced by the central 10.25 inch touchscreen. Alfa Romeo reckons this overhaul to the human machine interface revamp will help maximise user interaction.

As well as the interfaces, slim central vents and external turbine vents sit either side of a small diameter steering wheel on the driver’s side. The central tunnel is embellished with diamond texture while the same 3D features can be found on all material options and trim levels.

The Tonale is equipped with Alfa Romeo’s latest advanced driver assistance systems (ADAS) offering Level 2 autonomy. Specifically, this uses adaptive cruise and lane centering to effectively take over key elements of driving on longer journeys. On-board cameras and traffic sign recognition alerts drivers to changes of speed limits and other hazards whilst a host of other passive and active safety systems – such as blind spot detection, rear cross path detection and a 360-degree camera – all help keep things safe.

Infotainment and other on-board systems can be controlled via the built-in Amazon Alexa system, whilst over the air updates will keep soft and hardware running on the latest version.

We don’t know exactly how much the Alfa Romeo Tonale PHEV will cost when it goes on sale in April, though we would anticipate around £45,000. We’ll update as soon as we have it.