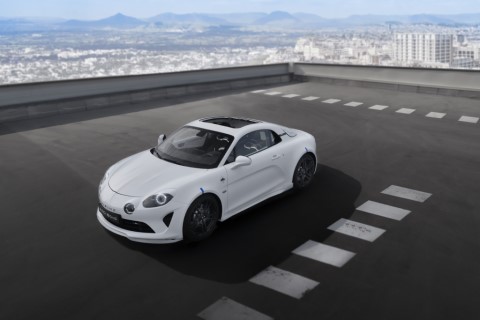 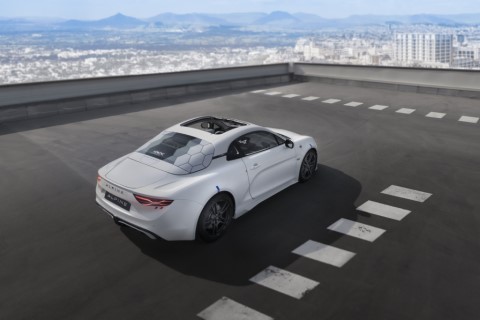 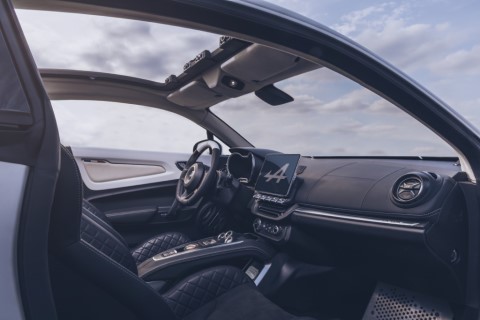 Renault’s sports car spin-off brand, Alpine, has unveiled an all-electric version of its A110 which also debuts a convertible layout. Called the A110 E-ternité, it is being used as a testbed for how electric powertrains can fit into the brand’s lightweight, sporty cars as it looks towards an all-electric future.

Alpine’s future as an electric brand was announced at the ‘Renaulution’ event in January 2021. With the help of Lotus, it is developing a hot hatch, sports crossover and a replacement for the current A110. Whist it won’t make production, the A110 E-ternité is part of the transition phase – acting as ‘the ideal platform for research work’, bridging the gap between the brand’s past, and its electric future.

The challenge, however, wasn’t just to shoe horn an electric powertrain into an A110. Keeping true to the car’s lightweight, agile and sporty nature was key. So, how has Alpine gone about achieving this?

At the heart of the A110 E-ternité is the new electric powertrain. Rather than complicating matters with bespoke parts, the development team looked to what they already had available ‘off the shelf’. The 60kWh battery is therefore taken from a Megane E-Tech, albeit the 12 modules are housed in custom casings and distributed around the car for optimum weight distribution – four at the front and eight at the rear of the car. There’s a weight penalty of 258kg over the petrol car, but at 1378kg it’s still comparatively light.

The motor, which powers the rear wheels, packs 239bhp and 221lb-ft of torque which is slightly down on the 1.8-litre petrol engine, however, the A110 E-ternité still hits 62mph in 4.5 seconds and will hit 155mph. In part, this is down to the innovative DCT gearbox which has new clutches to handle the immediate, high torque of an electric motor. It also helps deliver the linear acceleration we’ve come to expect from EVs.

Knitting all of this together is a new ECU which bridges the gap between the A110’s electronics and the powertrain’s electronic controls – two very different systems separated by ten years.

The most obvious thing about the A110 E-ternité which sets it aside from the ICE-powered versions is the new and long-anticipated convertible roof. Engineers reckon they’ve maintained the A110’s rigidity whilst providing a simple and lightweight solution which consists of two roof shells injected with recycled carbon.

Lightweight, environmentally friendly materials have been used on a second E-ternité demo car. The skin of the bonnet, roof, rear window, grille, seat shells and rear skirt are made from flax by Terre do Lin, a Dieppe-based company specialising in eco materials.

Again, Alpine hasn’t reinvented the A110 with the E-ternité. Instead, it has enhanced it for the electric age. At the heart of this is a system through which a driver can use their own Google or Android personal tablet as a multimedia screen to display the car’s environmental and operational apps. You could call it a cop-out in not providing a built-in solution, but we can see the sense in a prototype like this.

A new audio system with eight speakers, including a subwoofer, has also been added to further enhance the cockpit environment.

Sadly, the A110 E-ternité won’t make production, but it does at least demonstrate what can be achieved with a bit of budget and a lot of engineering know-how.