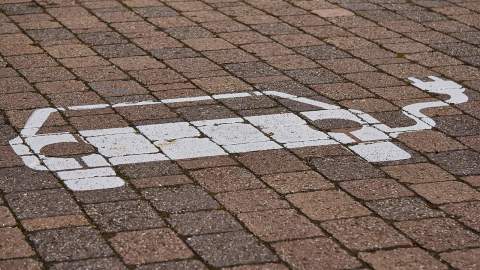 Alternatively fuelled vehicles account for 7.1 per cent of European sales in May

Alternatively fuelled vehicles (AFVs) have continued their increase in popularity, making up 7.1 per cent of new car registrations across Europe in May according to figures from JATO Dynamics. This represents a 1.8 per cent increase in registrations compared to the same period last year and whilst the majority of these came from hybrids, 10,000 more pure EVs were registered in May this year.

As you'd probably imagine due to their established popularity and sheer choice, hybrids make up the lion's share of the AFV area of the market. In total, 59,600 hybrids were registered (out of a total of 1.43 million registrations) which represents an impressive year-on-year increase of 35 per cent. Reflecting the wider trend of SUVs being by far the most popular segment of the market, of the top five hybrids three were SUVs – the Toyota Rav4 at number one (10,410 registered), Honda C-HR at number three (8702 registered) and Kia Niro at five (3115 registered).

The star performance in the AFV sector in May has come from pure electric cars, which has posted an 85 per cent increase in year-on-year registrations, equating to 22,800 units for the month. Just 12,300 BEVs were registered during the month last year.

A big driving force behind this has been the Tesla Model 3 which started strongly but its inertia is beginning to wane. Registrations for the Model 3 fell from 15,755 in March to 3659 in April, and 2820 in May. “A large part of Tesla’s global plans depend on how the brand can maintain the sales growth of the Model 3. The sedan needs to continue to grab the attention of consumers in Europe, as US demand has almost peaked already. The initial good start we saw in March has somewhat dissipated in April and May,” said Felipe Munoz, JATO’s global analyst.

The UK in focus

Recent research by YourParkingSpace.co.uk, which enables people to rent their private parking space to people who need it, has also given an indication of the places where people are most likely to own or drive an EV or hybrid. It looked at 600,000 bookings over an 18 month period and found that – perhaps unsurprisingly – London was the location where EVs and hybrids represented the largest proportion of bookings at 4.6 per cent. Cardiff came in second at 4.41 per cent and Aberdeen followed with 4.01per cent.

Despite two of the top three cities being in the north, there was a fairly clear north/south divide in the percentage of EVs and hybrids using the YourParkingSpace service. Across the cities included in its data, those that could be considered 'southern' saw an average of 2.5 per cent of bookings coming from AFVs, whereas in the north it was 2.1 per cent.