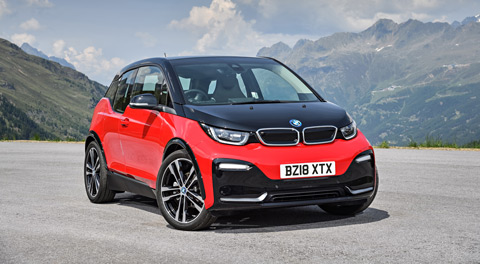 While the appetite for used petrol and diesel cars is stagnating, alternatively fuelled vehicles are proving to be the stars of the show according to the latest Auto Trader Retail Price Index figures.

In April of this year, the growth in prices of used cars slowed to an almost two year low of 1.5 per cent. For diesel variants, the effects of low consumer confidence are most keenly felt with second-hand diesels slowing to just 1.3 per cent. Sticker price is also at its lowest since August 2017 at £14,306.

Petrol isn't exactly setting the used car market on fire either despite performing slightly better with 1.6 per cent growth in April. This has slowed from 2.4 per cent in March (albeit March figures will have been inflated by the plate change) and the average sticker price according to Auto Trader was £11,200.

Alternatively fuelled vehicles are not only thriving in terms of their used value, they have hit their highest growth rate since summer 2018 at 4.7 per cent (1 per cent higher than March) with an average sticker price of £21,560. The best performance was seen in the pure electric sector of the used market which is growing at 11 per cent with the average sticker price currently sitting at £23,361.

While on the face of it this is great news for AFVs, there are some issues still facing the sector, such as price points, which are still inaccessible for many consumers. Furthermore, while the share of searches for diesel cars on Auto Trader's online classifieds site has declined to 41 per cent, it is petrol that has gained by taking 52 per cent of all searches. AFVs take 7 per cent of Auto Trader's searches by fuel type.

Auto Trader's Director of Commercial Products, Karolina Edwards-Smajda, puts it down to supply and demand; “When it comes to low-emission vehicles, the industry is facing a catch-22 situation. The growing appetite of AFVs offer the industry a great opportunity for growth, but for mass adoption, the average price needs to be more accessible to more people. However, with so few vehicles in the market, even second-hand cars are being pushed out of financial reach for most consumers.”

Currently AFVs make up just one per cent of total used stock listed on Auto Trader, so while the demand for AFVs and particularly EVs grows, the market still has some catching up to do.