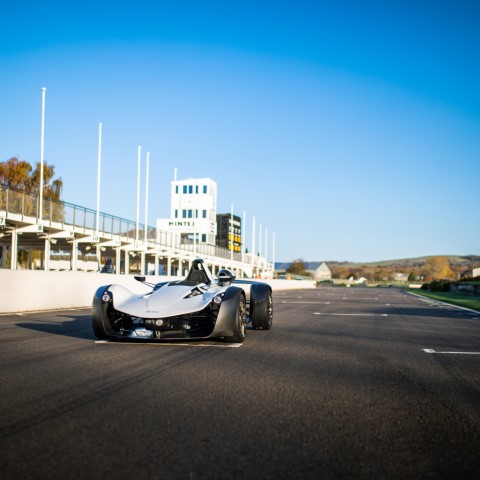 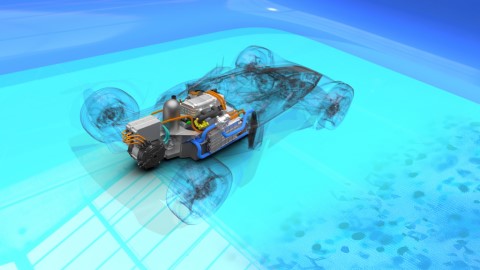 Discounting ultra-expensive hypercars and backyard builds, track-focused EVs are few and far between. However, this could be about to change as BAC is working with fuel cell specialists Viritech to make a hydrogen-powered version of its track weapon, the BAC Mono.

Called the BAC Mono-e, it loses the 2.5-litre Ford engine in favour of a fuel cell electric powertrain which is being developed by Viritech – another British company specialising in hydrogen technology across all manner of transport types.

At present, the Mono-e is a virtual concept, but the technology and funding is very real. In fact, Viritech and BAC has recently been granted money from the Office for Zero Emissions Vehicles via a ‘Niche Vehicle Network’ – part of the office which helps fund projects that have niche interest. In this case, that niche is a small, light, and commercially successful track car.

BAC reckons that by utilising Viritech’s lightweight fuel cell technology, the Mono-e will only be 149kg heavier than its internal combustion-powered counterpart. Whilst this may sound bad, the Mono-e still only weighs 701kg and thanks to a glut of additional power, is faster around a simulated lap of Silverstone by two seconds over the current Mono R.

Power comes via the traditional fuel cell combination of a cell stack, small battery – 20kWh in this case – and a hydrogen tank. This fuel cell’s setup means that it was easier to fit the various components within the Mono’s diminutive chassis and distribute them evenly. The battery, for example, is mounted under the seat, whilst the fuel cell is mounted above.

Power is up 65bhp on the petrol version thanks to an electric motor on each wheel, making the Mono-e a 371bhp, 701kg, all-wheel drive powerhouse. The vast majority of the power – 261bhp – is sent through the rear wheels, with the 55bhp front wheel motors adding traction and undoubtedly handling characteristics.

On the road range isn’t going to set any records at just 166 estimated miles, but by the time the Mono-e could hit the road in 2024, Viritech reckons that improvements in fuel cell efficiency will add another 50 miles to this range as well as reducing the weight disparity to closer to 100kg.

Why not a traditional battery EV?

Two factors were at play when it came to choosing FCEV over BEV: weight and packaging.

On the first point, BAC reckoned that a BEV version would add 50 per cent to the weight of the car; far more than Viritech’s FCEV solution. This would dull the Mono’s renowned abilities on track and no amount of chassis tinkering or additional power would hide that fact.

Packaging was also an issue. The Mono is a small car and hiding 40 to 50kWh of battery cells would have been no mean feat. Bear in mind that the floor pan of a Vauxhall Corsa – which is a much bigger car – is needed to hide the 50kWh battery and you see the problem.

In terms of whether the Viritech/BAC Mono-e will ever make production, it seems unlikely that there would be a market beyond a demonstrator model. But with the bigger picture in mind – that of fun, clean track cars for the future, it’s an important development.