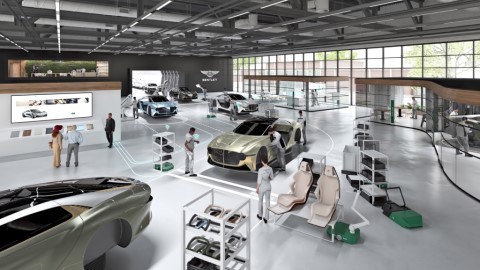 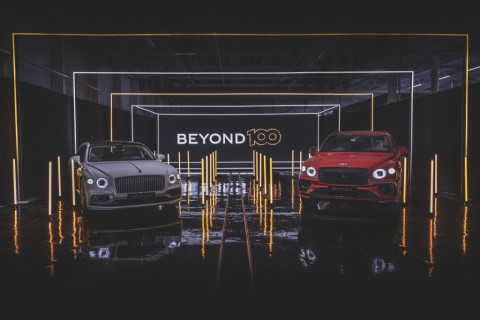 Bentley has announced an investment of £2.5bn in sustainability over the next ten years and a commitment that its first battery electric vehicle will be developed and built in the UK with four more to follow. The latest in a raft of measures to help Bentley reach carbon neutrality by 2030, the investment also ensures the future of jobs at its Crewe plant.

Investing such a large sum of money into its UK facilities is a big step in Bentley’s Beyond100 strategy. Within this, the luxury carmaker will have a fully electrified model range by 2026 and be end-to-end carbon neutral by 2030. Excitingly, the £2.5bn will help its operations in Crewe tool up for production of Bentley’s first EV, which is due in 2025. Four further EVs of varying scope will follow with one per year between 2025 and 2030.

There had been some speculation over whether Bentley would produce at least parts of its new wave of EVs in other Volkswagen Group plants, but the investment confirms that Crewe will do most of the production. This will secure the 4000-odd jobs at the carmaker.

Despite this, Bentley’s first EV will be produced in part in Hanover, where bodies in white will be produced and then shipped to Crewe. All other aspects of the car – such as design, development and assembly – will take place in the UK.

The cars in development thereafter will be based on two different VW Group platforms, likely the MEB and PPE (Premium Platform Electric) platforms which are already underpinning the new generation of EVs from mainstream and luxury cars from VW Group. Bentley has also confirmed that battery technology will evolve with the cars, with the first EV in 2025 being capable of ‘more than’ 300 miles. These developments will make their way to market later in the decade and could theoretically include solid-state batteries.

Adrian Hallmark, Chairman and CEO of Bentley, said: “This latest announcement regarding Bentley’s Beyond100 plan confirms the initiation of a major transformative phase in the company’s long and illustrious history. The world is changing and we need to play our part in neutralising our environmental impact. That means delivering on our aim to be end-to-end carbon neutral by 2030, and reaffirming our role as the leader in sustainable luxury mobility.”

Bentley has been pushing a green agenda for several years now. Its factory in Crewe has been operating on a carbon-neutral basis since 2019, but with Beyond100 it has stepped things up a gear. Chiefs at the company aren’t downplaying the significance of the investment and plans for the future, either.

Peter Bosch, Board Member for Manufacturing at Bentley, said: ““Today is arguably the most important day in Bentley’s modern history, and is a testament to the hard work and skill of our colleagues in Crewe. The journey really does start now.”

He added: “We are already marking the pinnacle in luxury car production and have already transformed our factory to become carbon neutral, with industry-leading environmental credentials. With our new ‘Dream Factory’ concept, we now go to zero also with water, waste and other environmental impacts until 2030.”