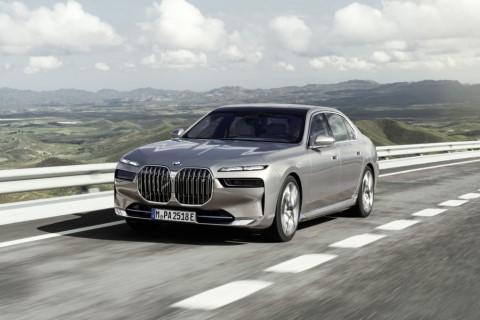 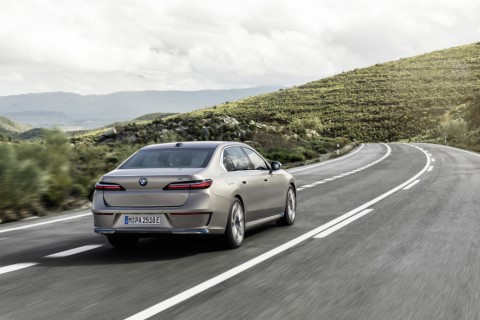 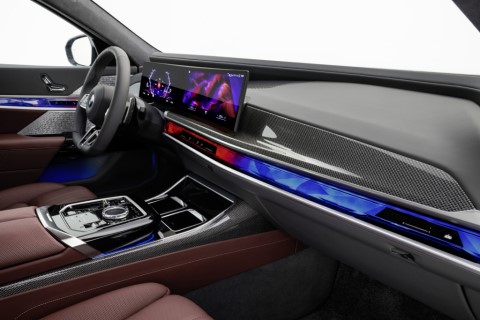 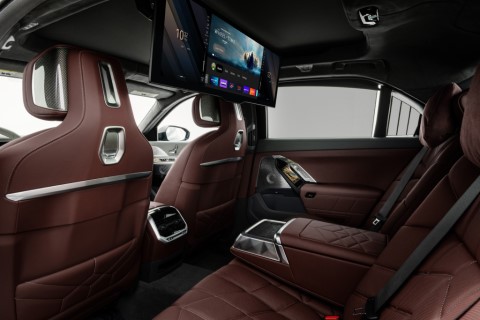 BMW has unveiled the all-new version of its biggest and most luxurious saloon – the 7 Series. For the first time, it will be offered in fully electric form with a plug-in hybrid also coming to production. Bold new styling and a host of new tech will complete the package when it arrives in December 2022.

It’s never been a massive seller here in the UK, but if you are in the market for a large, luxury saloon with some sporting pretentions – or you simply work in an embassy – there are few cars that do it better than the BMW 7 Series. The all-new model will come with added waft thanks to an all-electrified model range here in the UK including both an EV and a PHEV.

The fully electric model gets BMW’s ‘i’ designation – becoming the i7 – whilst the two plug-in models gain the ‘e’ and will be made up of the 750e xDrive and the more powerful M760e xDrive. All new 7 Series are all-wheel drive.

In i7 xDrive60 form, the 7 Series gets a 101.7kWh (net) battery which is mounted low down in the floorpan and stores the power for two fifth-generation electronic drive units – one on each axle. The motor on the front axle gets 258hp whilst the rear gets 313hp for a combined maximum output of 544hp and nearly 550lb-ft of torque. This enables the i7 to launch almost silently to 62mph in 4.7 seconds and on to 149mph. WLTP range is up to 388 miles.

In terms of charging, the i7 can be juiced at up to 195kW adding 106 miles in just ten minutes. At the standard AC rate of 11kW, a full charge will be an overnight job.

Following the launch of the fully electric i7 xDrive60 will be the two plug-in hybrid variants. Both get a brand new eight-speed Steptronic transmission and fifth-gen electronic drive units offering 200hp. Petrol power comes from a 3.0-litre straight-six, turbocharged engine which is common across both models with the state of tune the only difference. The 750e has 490hp and 516lb-ft, whilst the M760e gets 571hp and 590lb-ft. Performance is to be confirmed for both but official CO2 figures are around 28g/km.

Both of the PHEVs have an 18.7kWh battery which can be charged at up to 7.4kW. Range is around 50 miles.

The new 7 Series is distinctive to say the least. It’s also imposing at 5391mm long, 1950mm wide and 1544mm tall – significantly larger than the outgoing model. A wheelbase of 3215 means there’s plenty of room for passengers, or dignitaries as many users will call them. Wheels of up to 22 inches add to the car’s presence.

Up front, BMW has reinterpreted its traditional twin circular headlights and twin kidney grille. Lights are now stacked rather than side-by-side, with daytime running lights situated above adaptive LED headlamps which have an array of options for cornering, matrix beams and even Swarovski crystals.

The twin kidney grille is – like the iX and i4 – deep, stretching from the lower apron to the bonnet. At the rear, slim LEDs extend to the car’s flanks and have the ‘L’ shape that has been a signature of BMWs for some time now. On the i7, blue logos signify the car’s EV credentials, whilst on the M-branded M760 variant, elements like bumpers, aprons, grilles and spoilers add to the car’s drama and sporting pretentions.

There’s scarcely enough space to cover everything the BMW 7 Series has to offer, but we’ll certainly give you the highlights. From cockpit to the rear passenger area, BMW has given the 7 Series a full refit. It’s more spacious with up to 525 litres of boot space in the PHEVs, more luxurious and has more tech.

Throughout the cabin, BMW has used woods such as oak and ash on elements of the trim. Carbon fibre, leather and even cashmere are used on other surfaces and on the seats. Speaking of which, multifunction seats come as standard whilst massage and ventilation can be specified. The Executive Lounge option adds rear seat recline and integrated leg rest, a heated armrest with wireless smartphone charging and further luxuries. Rear doors even have an integrated 5.5 inch colour touchscreen to control entertainment on the optional BMW Theatre Screen – a 31.3 inch, 8K touchscreen with Bowers & Wilkins sound system and built-in Amazon Fire TV.

Up front, the driver gets a 12.3 inch digital information display and a 14.9 inch touchscreen, both of which sit behind glass and offer a seamless display and control experience. Numerous elements of the car from drive modes to head-up display and chassis setup can be pre-set via My Modes. Up to seven programmes can be stored. BMW Maps and navigation offers intelligent route planning with specific modes for the i7 to ensure a pre-set state of charge is maintained.

Interior and exterior cameras monitor what’s going on inside and out of the car. Numerous safety systems are integrated including front collision warning which operates in a number of situations from cross traffic to pedestrian and cyclist monitoring. Active cruise with stop and go operates at up to 112mph as standard and can effectively drive the car without the driver’s intervention in many settings. Parking Assistant Plus deals with manoeuvring with minimal driver intervention, too.

The new BMW 7 Series will arrive in the UK before the end of 2022 initially in i7 form starting at £107,400. The two plug-in variants will arrive later in 2023 with prices yet to be announced. 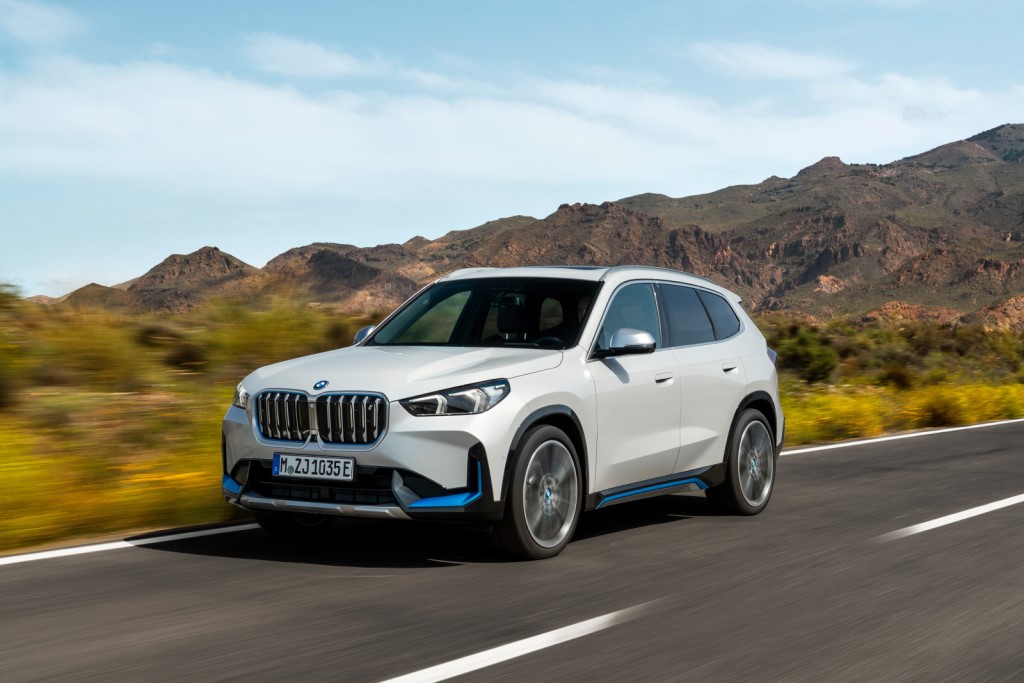