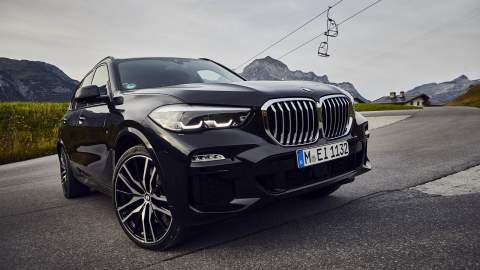 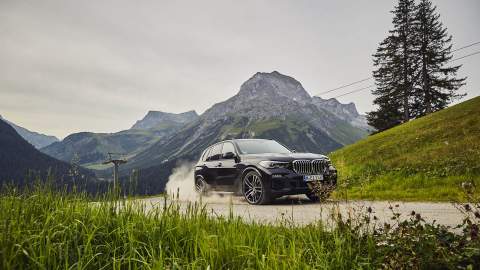 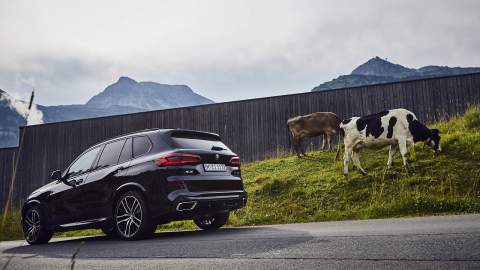 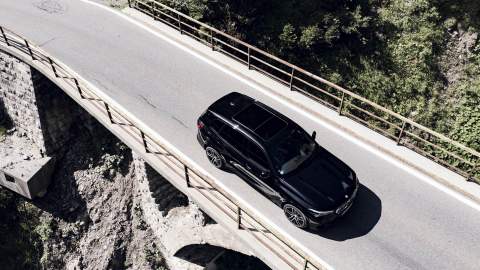 BMW has raised the bar of what we can expect from a PHEV in terms of battery capacity with the launch of its second-generation X5 xDrive. The new car, which replaces the old X5 xDrive40e, has received a thorough makeover, but the most significant change has happened in the battery department, with capacity increasing by a whopping 14.2kWh over the first gen car to bring it to 24kWh.

As well as a far beefier battery capacity, the X5 xDrive45e serves up more power thanks to a larger petrol engine with lower emissions and fuel consumption to boot.

Whereas the outgoing X5 xDrive40e had to make do with a sub-200bhp 2.0-litre petrol engine, the 45e has been endowed with BMW's 3.0-litre, straight-six TwinPower Turbo lump. With 282bhp, this is where the additional power has come from, as the X5 45e has retained the same 111bhp electric motor as its predecessor.

Total system power now stands at 389bhp – around 80bhp more than the X5 40e – and 442lb-ft of torque which is fed through BMW's eight-speed Steptronic gearbox. This has brought down the 0-62mph time to 5.6 seconds, which is 1.2 seconds quicker than the old car. It tops out at 146mph.

Where the X5 xDrive45e has been significantly advanced is in its battery capacity. Its 24kWh makes it one of the largest PHEV batteries on the market. To put this into context, the increase of 14.2kWh over the previous generation car is more than the entire capacity of Volvo's latest T8 Twin Engine battery.

It's an impressive step from BMW, and perhaps one that it felt it had to make after the much-criticised and frankly piecemeal 9.8kWh battery found in the 40e.

The larger battery has had a significant effect on the X5 xDrive45e's electric-only range, as well as the car's overall fuel economy and emissions.

On electric power, the WLTP cycle range is between 42 and 54 miles, which should translate to an easy 30 real-world miles – around triple that of the outgoing car. The car's top speed on electric power has also been increased from 74mph up to 84mph.

Fuel consumption and emissions have been almost halved, despite the significant increase in power. On the WLTP cycle the X5 45e achieves between 148mpg and 235mpg, whilst emissions are between 44 and 27g/km of carbon dioxide. Of course, on longer journeys where the electric drive becomes less useful the car's economy is likely to take a nose dive, but for day-to-day use, especially in urban and extra-urban environments, owners should see real benefits.

Despite the electric gubbins that the X5 xDrive45e has to carry around, impact on overall interior space and its functionality is minimal. Luggage space is only 150 litres less than the car's conventionally-powered counterparts, with 500 litres available with all the seats in use, and 1750 litres with the rear seats folded.

Two-axle air suspension with active damping comes as standard, with active steering available as an option. Pre-heated or cooled cabin control can be set so that comfort is maintained at all times, and there is a range of connectivity functions and digital services to help owners find charging points and run their car in the most efficient way possible.

As is now standard on all cars capable of electric-only driving, the X5 45e comes with acoustic pedestrian protection.

The price of the X5 xDrive45e is yet to be confirmed in the UK, but given the outgoing 40e retailed at around £63,000, expect it to be somewhere north of this.