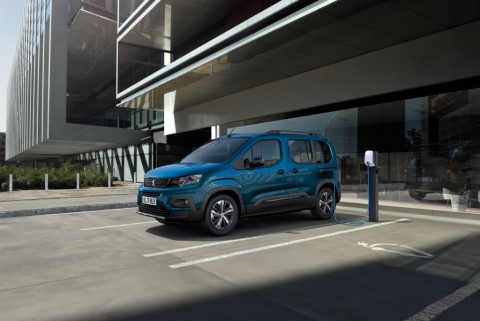 Citroën, Vauxhall and Peugeot have simultaneously announced that with immediate effect, their respective MPV ranges will now be sold exclusively as EVs within the UK. With all three brands falling under the Stellantis umbrella and their models sharing the same platform, it’s a move that makes sense.

The models affected are for Citroën (ë-SpaceTourer and ë-Berlingo), Vauxhall (Combo-e Life and Vivaro-e Life and Peugeot (e-Rifter and e-Traveller).

All of the above models share a common powertrain which comprises a 134bhp, 192lb-ft motor driving the front wheels and a 50kWh battery. On the smaller MPVs – the ë-Berlingo, Combo-e Life and e-Rifter, this offers a range of around 174 miles, whilst on the larger van-based models this is reduced to around 143 miles.

Similarly, all models can be charged at up to 100kW meaning 80 per cent takes around 30 minutes. An 11kW optional on-board AC charger (7.4kW is standard) will see a full charge in five hours (or 7.5 hours for the standard charger).

Where Citroën is concerned, its ‘fair pricing’ policy means that all electric MPV models in its range can be bought for less than £32,000 on-the-road, meaning that all qualify for the reduced £1500 plug-in vehicle grant. This includes the medium and XL wheelbase versions and all trim levels.

Vauxhall has gone down the same route as Citroën meaning that all versions of its Combo-e and Vivaro-e are priced to include the PiCG. Vauxhall has knocked between £2000 and £3000 off the on-the-road prices in order to achieve this.

At the time of writing, Peugeot hasn’t followed suit, with its e-Traveller starting from £49,100 (albeit with a higher level of trim than its Stellantis counterparts) and the e-Rifter beginning at £32,910. We will update this story if that changes.

Each brand pointed out the huge increase in sales of electric vehicles, plus their respective ambitions to go electric only as reasons for removing petrol and diesel versions of their MPVs from sale.

Update 25.01.22: Citroën has expanded its ë-Berlingo Electric line-up with the introduction of a top-spec, 'Flair XTR' trim level car in the larger XL bodystyle. It retains the same powertrain as all other versions of the car, but with an additional 35cm of body length, it simply increases the ë-Berlingo's already capacious interior. It costs from £32,995 on the road and is available now.