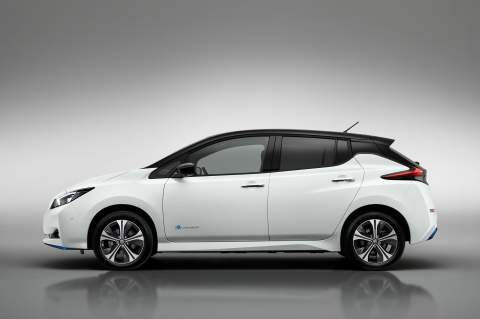 April and May have seen a positive consumer shift with electrified car registrations exceeding 100,000 units in Europe, while overall the alternatively fuelled vehicle (ATV) market rises 12.7 per cent in the UK.

The UK new car market might have declined by -4.1 per cent in April, according to figures released by the Society of Motor Manufacturers and Traders (SMMT), but petrol electric hybrids grew and remained the most popular choice of ATVs, up 31.1 per cent to 6810 units. Battery electric cars also recorded a strong uplift, from 929 to 1517 units. Incidentally those owners will be pleased to hear that BP Chargemaster has announced a plan to install 400 ultra-fast charging stations in the UK by 2021, with the first batch of 100 150kW chargers installed by the end of 2019, at 50 locations (most likely at BP fuel stations) starting from July.

Although it still only represents 0.9 per cent of the UK market, the electrification shift continues at pace in Europe as registrations of electrified cars (including BEV, PHEV, HEV) surpassed the 100,000 units mark, with a total of 125,400, according to data from JATO Dynamics Ltd.

The rapid volume growth of pure electric cars was mainly due to strong demand for the Tesla Model 3 as the brand entered the top 25 best-selling brands in Europe. Registrations of the Model 3 jumped from 3747 units in February (revised) to 15,755 units in March – meaning it was Europe’s top-selling electric car and premium midsize car. For those UK buyers put off by lack of

This news comes on top of the Toyota Prius been voted the most satisfying car to own and crowned Driver Power Car of the Year. The customer satisfaction study, organised by Dennis Publishing, saw the Prius post a fantastic 93.22 per cent owner satisfaction score. The scoring system is based on average scores across nine categories, including reliability and build quality, MPG and running costs, practicality and boot space, infotainment, connectivity and electrics.

But the news gets better for fans of greener motoring as six of the top 10 Car of the Year places were snapped up by cars available as hybrid, plug-in hybrid or fully-electric models.

Special mention must go to the Nissan LEAF, as its drivetrain also achieved highest driver satisfaction in the 2019 Driver Power study – the third year in a row it has come out on top in this category. The LEAF also came in fifth in the ‘Best MPG & Running Costs’ category.

Mike Hawes, SMMT Chief Executive, said: “While it’s great to see buyers respond to the growing range of pure electric cars on offer, they still only represent a tiny fraction of the market and are just one of a number of technologies that will help us on the road to zero. Industry is working hard to deliver on this shared ambition, providing ever cleaner cars to suit every need. We need policies that help get the latest, cleanest vehicles on the road more quickly and support market transition for all drivers. This includes investment in infrastructure and long term incentives to make new technologies as affordable as possible.”