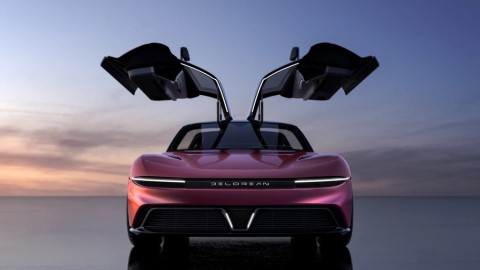 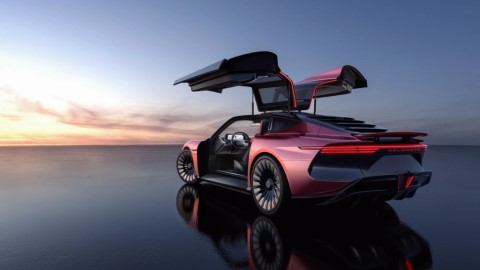 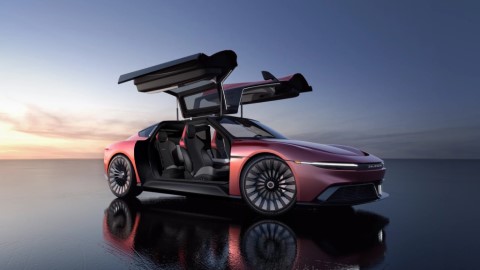 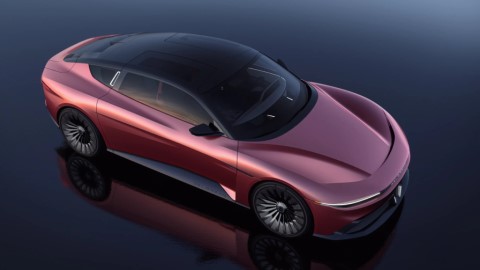 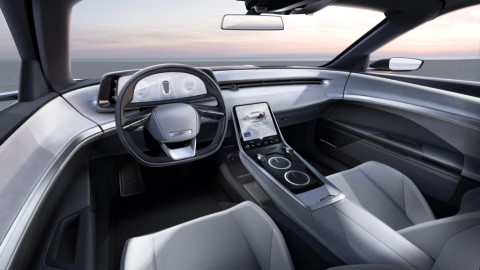 Marty: “Are you telling me this sucker is nuclear?”
Doc Brown: “No, no, no, no. This sucker’s electrical!”
And like in Back to the Future, the DeLorean Alpha5, which could revive the iconic brand, runs on electricity.

There are few concept cars we’d like to see come to fruition more than the DeLorean Alpha5. Cool barely covers it and not only because of the way the thing looks, but also because it sports the DeLorean name – one mired in scandal and intrigue, but also associated with one of the most iconic cars ever produced.

Now to be clear, DeLorean isn’t exactly the brand that it was 40 years ago as rights to the name have changed hands a few times. It’s now owned by Joost de Vries who has previous experience at Karma Automotive and more impressively, as VP of Worldwide Service at Tesla. What’s more, daughter of founder John DeLorean, Kat DeLorean, isn’t best pleased about this car’s association with her father’s legacy.

Anyway, politics out the way, the Aplha5 was penned by Italdesign – like the original – and has various design nods to the original DMC-12. The most obvious of these is the gullwing doors which on the Alpha5 don’t make way for a two-seat coupe but are much longer and open to a four-seat GT. Slats down the rear window are also a feature of the original. In profile, a small detail on the rear quarter windows reflects a design detail on the original, too.

So what of the powertrain?

Luckily, there’s no mish-mash of Renault and Jaguar parts here (albeit that might not be such a bad thing these days). Instead, it has a 100+kWh battery, a 300 plus mile range, 0-60 in less than 3 seconds and a top speed of 155mph – theoretically at least. There’s no detail on the precise nature or origin of the bits that might make the Aplha5 hit 88mph (which incidentally, it will do in 4.35 seconds) and whether doing so results in time travel or not.

According to Neilo Harris, VP of Brand and Creative at DeLorean: “We have been given the opportunity to reimagine a brand that has meant so much to so many people from all corners of the globe for four decades. DeLorean has touched so many lives and set the stage for so many memories… We are all now witnessing a new chapter of this amazing story.

In terms of coming to fruition, the new chapter starts proper at Pebble Beach later this summer where the physical concept will make its debut at the Concours d’Elegance alongside other rare and exotic machinery. The brand’s goal is to have the car available for purchase by 2024.

We look forward to finding out whether this iteration of DeLorean finally mirrors the success of the films that made it a legend in the first place.