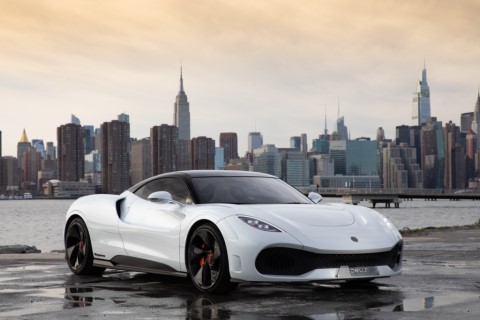 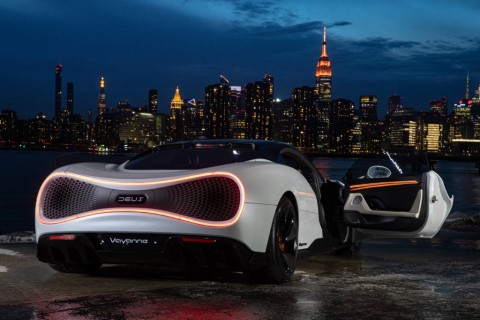 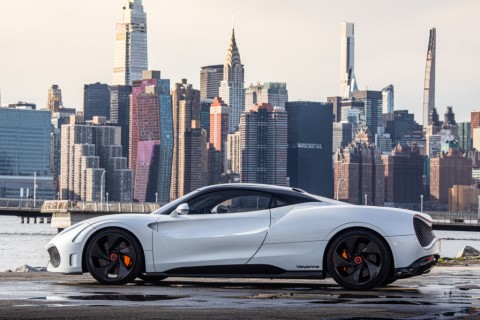 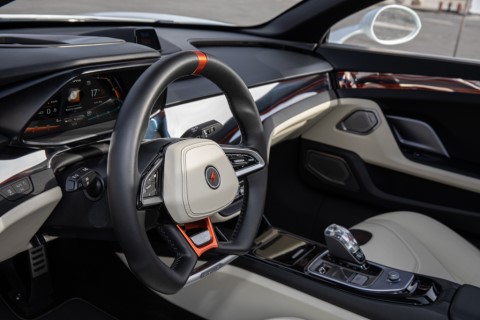 Vienna-based start-up, DEUS, has debuted a new entrant to the world of uber-expensive electric hyper cars. The DEUS Vayanne has over 2200bhp and just 99 units will be made. Backed with input from Italdesign and Williams Advanced Engineering, DEUS is hoping the first cars will be on the road in 2025.

The number of pie-in-the-sky electric hyper cars being announced seemed to have died down over the past eight months or so. What with so many issues such as the global shortage of semiconductors affecting both vehicle and engine production, the rising costs of energy and other inflationary pressures here and abroad, a pandemic and war, there was a sense that perhaps the market wasn’t going to be too receptive to new cars from unproven manufacturers with more horsepower than anyone could deploy on a public road in good conscience.

Cue Austria-based newcomer and specialists in not reading the room, DEUS.

It has unveiled its first car – the Vayanne – in the congested metropolis of New York, at the International Auto Show. DEUS’s ambition is for the Vayanne to “create an electric hyper car set to become the benchmark of driving emotion”. To give the brand a smattering of credibility, it has Italdesign and Williams Advanced Engineering on board, though the car itself is mysteriously called a ‘production-oriented concept’. Whatever that means.

There’s no detail on how the DEUS Vayanne will create the 2200bhp and 1475lb-ft it is claimed it will have, and performance figures have been achieved not on the road but via computer modelling.

So, if you’ve ever tuned a car on Gran Turismo to a stupid level and believe the simulator would translate to the road in the real world, you’ll be pleased to hear that the Vayanne will hit 62mph in 1.99 seconds and reach 248mph at the top end.

There’s no word on proposed battery size, charging, the number of driven wheels or anything else related to real life for that matter. However, DEUS does say that the Vayanne is practical thanks to 4.7 inches of ground clearance and ‘useable storage space’.

Italdesign has done its part within the collaboration as the Vayanne isn’t a bad car to look at – albeit it’s a tad formulaic. Both the front and rear grilles are designed to represent the infinity loop with hexagonal patterns within them. At the rear, the grille is surrounded by an uninterrupted taillight strip.

Aerodynamics has been taken into account with various symmetrical vents and grilles allegedly acting to aid the car’s aero credentials as well as to cool the mythical powertrain.

On the inside, DEUS calls the design ‘timeless’ as well as ergonomic, with a driver focus to ensure that everything is within easy reach. A fully digital instrument cluster sits behind the steering wheel. Materials have been selected from environmentally-friendly sources, with natural leather helping to create zero waste production.

There’s no word on price, but with just 99 units destined to be built, think millions. Also think millions as that’s the only way a niche company with a single model in its line-up could possibly make money. DEUS is hoping to have the Vayanne on the road in 2025, if the planets align and the project doesn’t disappear in the meantime.