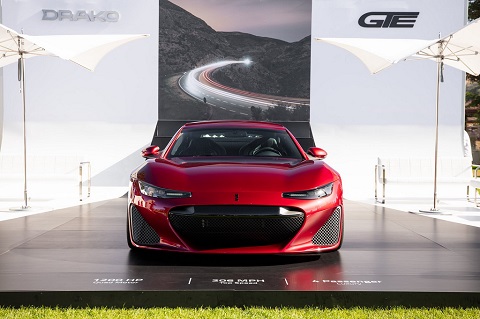 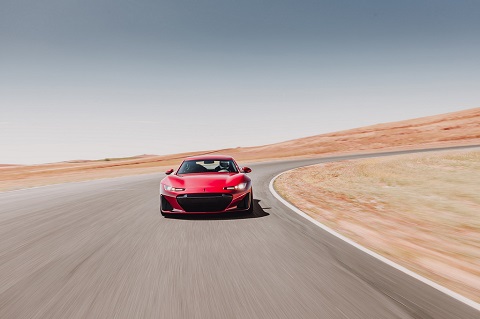 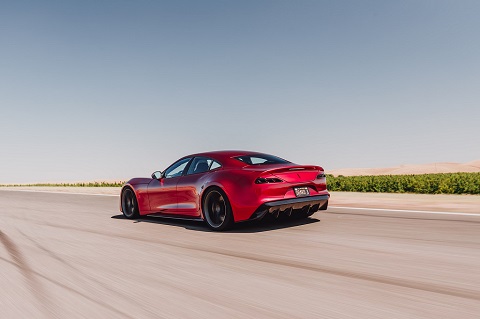 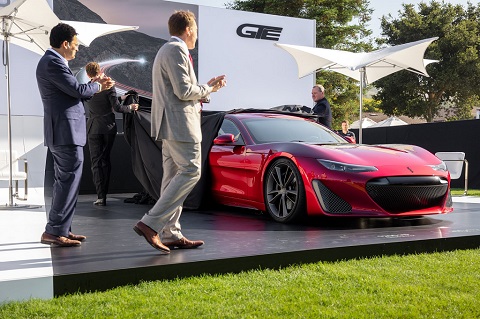 Another week, and another start-up has revealed an EV with over 1000bhp and some other eye-watering numbers attributed to it. This week that start-up is Drako Motors; a US-based company that is running on coin from Silicon Valley entrepreneurs, Dean Drako and Shiv Sikand.

Whilst we wish it was called the 'Malfoy' or 'Nimbus 2000', Drako has actually titled its four-seat hyper saloon as simply the GTE. It says the car has been honed after a decade of “unrelenting design, engineering and track development behind closed doors”. But it'll be a very exclusive owners club with just 25 GTEs set to be produced, each with a price tag of around a million quid.

Keep Karma and carry on

Do you remember the Fisker Karma? Well squint and you'd not only be forgiven for seeing a hint of Fisker's 2012 petrol-electric effort, you'd owe yourself a pat on the back as the Drako GTE is indeed based on the underpinnings of that car.

Certainly from the rear three-quarter view the doors and those big haunches are a clear reminder of the car's origins. To give Drako its dues, the GTE is a marked improvement on the Karma, especially from the front, and won't look out of place in a line-up of other four-door, four-seater hyper EVs.

Power – and lots of it

Drako has binned the petrol engine and complex hybrid drive setup that Fisker favoured. Instead, the GTE is powered by a 301bhp synchronous motor at each wheel, meaning total power of 1204bhp. If that number wasn't big enough, that power is backed up with 6500lb ft of torque. Which is a lot.

As a yard stick, a well-endowed lorry tractor unit will make 1750lb ft of the stuff.

All of this translates to a top speed of 206mph, which is pretty good going for an EV. Unfortunately the GTE's 0-62mph time hasn't been revealed but it's fair to assume it'll be less than three seconds.

Each of the electric motors has its own inverter, meaning that full power and torque (both positive and negative) can be vectored to each wheel with “near zero latency”. On the track, Drako claims the GTE can “turn through every corner with unprecedented speed, traction and precision” by distributing the power in this way.

As well as the digital wizardry (pun intended), the chassis has suspension from Öhlins and carbon ceramic disc brakes all-round from Brembo. Bringing this all together is the driver-controlled Quattro Mannettino console with four switches through which torque vectoring and slip control, front and rear power distribution and regenerative braking force can be controlled. Furthermore, a six-way selector allows drivers to choose the optimal setting for the drivetrain for different surface conditions.

Where the Drako GTE might become draining to drive is in its potential propensity to empty its 90kWh battery very quickly. Drako hasn't released any range figures, but with the amount of power on offer from the drivertrain, a leaden foot won't get you very far.

As we've already alluded to, the Drako GTE is going to be a very rare beast with production capped at 25 units globally. The first of these are set to hit the road next year.

Interview with Dunstan Power of Versinetic

Sony’s VISION-S is becoming a reality