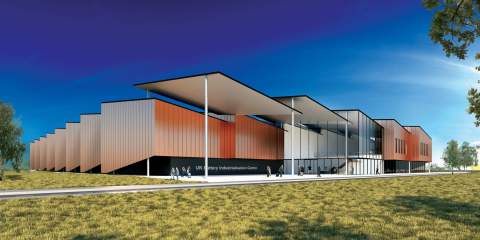 Coventry will be home to a new national centre of excellence in developing the latest electric car battery technology, backed by millions of pounds in Government investment. It’s good news in an uncertain economic climate, the flames of which have been fanned considerably by the delay of Brexit.

A lack of charging stations as well as electric car battery supply problems has made the British public reluctant to move away from petrol-and diesel-powered vehicles and fully embrace hybrid and electric models. But a Government cash injection of £28 million in the UK Battery Industrialisation Centre is a big statement from Westminster and proof that it is committed to developing the technology needed to tackle carbon emissions, air pollution and climate change.

What’s even more heartening to know is that this £28 million investment comes in addition to an initial £80 million granted to the UK Battery Industrialisation Centre. The plan is for it to become a gigafactory – a large-scale battery technology factory for electric vehicles – and this investment means that is now a very real possibility.

The £108 million centre will not only provide world-leading testing facilities for new battery technologies it will also offer practical training to educate people in battery manufacturing, potentially creating hundreds of jobs in the process.

Business and Industry Minister Andrew Stephenson said: “Putting the UK at the forefront of the design and manufacturing of zero-emission vehicles is at the heart of our plans – creating jobs, growth and opportunity across the country. Driven by the potential of fast-paced development of battery technology, this investment puts the UK – amongst a handful of countries around the world – on the next step to meet the challenge by the future of mobility.” He added that the new facility “will support the UK’s world-leading automotive industry to compete internationally, attract further investment and establish supply chains for new electric vehicle battery design and development.”

So why Coventry? The West Midlands has long been the UK’s manufacturing heartland, and the region recently launched the West Midlands Local Industrial Strategy which, in collaboration with the Government, builds on the region’s core strengths, such as automotive and advanced manufacturing, and aims to create new opportunities for people and businesses.

Mayor of the West Midlands Andy Street, said: “For Coventry to boast the UK’s Battery Industrialisation Centre is a major coup for the city and the wider West Midlands. “This facility will give the city and the region a huge boost in the race to lead the world in the production of electric vehicles, which is an increasingly important market as we look to tackle air pollution and climate change.”

Coventry City Councillor Jim O’Boyle, cabinet member for jobs and regeneration, echoed that sentiment: “The petrol engine changed the world in a way people would not have thought possible. And now the march of electric vehicles is about to do the same again and I’m delighted that Coventry is once again leading the way.”

The UK Battery Industrialisation Centre will develop battery chemistry, electrodes, cell design, modules and battery packs and is expected to open in 2020. It will create around 100 permanent jobs, but it hopes to be the springboard for 10,000 new jobs in the supply chain and related technologies once it’s fully up and running.

Volvo will be fully electric by 2030