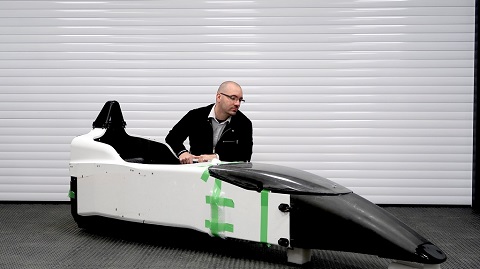 An accessible electric racing series that creates opportunities for up-and-coming drivers, whilst also inspiring technical innovation on track, will begin in summer 2020.

Together with Japanese chassis manufacturer Dome Co.,Ltd, the Electric Racing Academy (ERA) Championship (home of works-backed Porsche and BMW racing teams), is launching the entry-level electric formula racing series. There will be two classes: the Innovation Class, which will allow teams to self-develop specific elements of the vehicle, such as the powertrain and energy storage system; and the Sports class that will see teams compete with the standard Championship race car.

The inaugural ERA Championship racer will be revealed in June this year, but it will feature a Dome chassis, 130kW motor, a 24kWh battery capacity and custom-designed safety features.

The first season will include a minimum two test events and eight races, taking place on circuits in Belgium, the Netherlands and the UK. Races will occur across double-header weekends, with no charging of vehicles permitted between the two qualification sessions that last 15 minutes each. Each race will be 23 minutes long.

Championship points will be allocated to the top 10 finishers in each race and an additional three points awarded for qualifying in pole position, with both a team and driver championship title at the end of the season for each class.