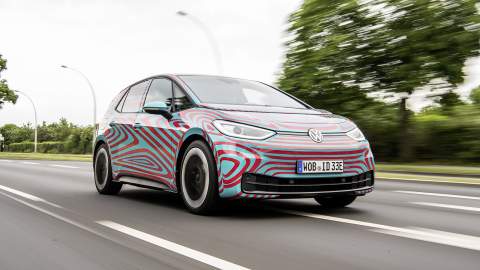 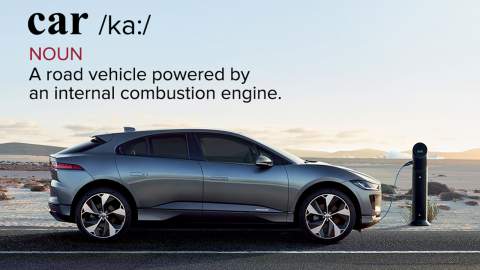 EV sales go up in a shrinking market and so do prices, but are changes afoot?

Alternatively fuelled vehicles (AFVs), especially EVs, have continued to grow in popularity despite an overall decline in both new car registrations and used car sales. Furthermore, as the rate of used car price growth has slowed for internal combustion, used AFV and pure EV prices continue to increase.

Whilst this buoyancy is good news for dealers and manufacturers, it's not necessarily such good news for buyers, many of whom are priced out of the EV market. Motors.co.uk's Consumer Insight Panel found that 67.2 per cent of car buyers would consider EVs if they were cheaper, but there is good news on this front; Volkswagen reckons that price parity is “near”. But more on that later.

In July, overall registrations were down -4.1 per cent – the fifth successive month of decline and the worst July since 2012. Petrol registrations remained stable but diesel continued to suffer for the 28th month in a row, registering a -22.1 per cent decline.

Taking up the slack once again is the AFV sector. Whilst PHEVs once again suffered due to no longer being eligible for the plug-in car grant, hybrids were up 34.2 per cent. But the real star of the show was pure electric vehicles, registrations for which were up 158.1 per cent year-on-year. EVs now account for 1.4 per cent of the new car market, compared to just half of one per cent this time last year.

Mike Hawes, SMMT Chief Executive, said; “Despite yet another month of decline in the new car market, it’s encouraging to see substantial growth in zero emission vehicles. Thanks to manufacturers’ investment in these new technologies over many years, these cars are coming to market in greater numbers than ever before.”

Once again, used petrol and diesel sales have taken a tumble – down -2.8 per cent in the second quarter of 2019 compared to last year. Petrol and diesel dropped by -3.7 per cent and -2.5 per cent respectively, but just like in the new car arena, demand for AFVs grew by 24.8 per cent with 33,492 such cars changing hands.

Again, used demand reflects that which we've seen for new cars, with pure electric vehicles being favoured – growing by 32.8 per cent in Q2. Hybrid demand also increased by a quarter, but despite these healthy figures, in the used market just 1.7 per cent of cars sold fall into the AFV category.

The average consumer is still priced out of the market, but is this about to change?

Price is still one of the biggest factors affecting the wider uptake of EVs. On a purely practical level, consumers won't buy things they can't afford so their attitudes to EV range and infrastructure become moot.

Even with a quickly increasing choice of ever-more affordable new EVs, the average on-the-road price in the UK is somewhere north of £30,000. The latest analysis by used car classifieds giant, Auto Trader, also shows that the average price of a used EV is growing. Year-on-year rate of growth in price is 9.5 per cent. To give that some context, the average sticker price of a used EV is £26,802 which is more than double that of the average conventionally powered car.

There is some good news on the horizon for those whose budget doesn't extend to the lofty heights of current EV prices, however. One of Volkswagen Group's bigwigs has now come out and said that price parity is “near” in an interview with Automotive News Europe. Reinhard Fischer, who is Senior Vice President for VW Group and heads up strategy in North America, went further, saying that he believes that the EV 'tipping point' (when electricity will become favoured over internal combustion) is price parity.

“We strongly believe that the tipping point is near, and that tipping point will be price equity,” he said. “Once you overcome the fear of something new, the EV is a better choice for you. When you put pencil to paper, owning a full-electric vehicle costs about half of what a gas car costs me to operate.”

In advance of the launch of what may well turn out to be its seminal EV, the ID.3, Volkswagen has been holding focus groups to better understand factors affecting – and barriers to – ownership. The findings may well seem surprising; simple things like a fear of driving an EV through water came to light. It was also found that range anxiety is now far less of an issue compared to charging anxiety.

Fischer was quick to point out that when internal combustion cars were in their infancy, petrol was sold at pharmacies, but is now widely available. “It's transformed from a bottleneck into a commodity. Electric charging is going to be exactly the same,” he said.

A challenge to the official definition of 'Car'

With this tipping point in mind, Jaguar is challenging the very definition of the word 'car' as described in the dictionary. It points out that the Oxford English Dictionary (OED) and OxfordDictionaries.com respectively describe a 'car' as “powered by a motor (usually an internal combustion engine)” and “A road vehicle, typically with four wheels, powered by an internal combustion engine”.

Off the back of the fact that its I-PACE electric SUV has won World 'Car' of the Year 2019, yet doesn't meet the dictionary definition of 'car', Jaguar has submitted an application to the OED and OxfordDictionaries.com to update the definition. The aim is to include additional powertrains such as electric.

David Browne, head of Jaguar Land Rover’s naming committee, said; “A lot of time and thought is put into the name of any new vehicle or technology to ensure it is consumer friendly, so it’s surprising to see that the definition of the car is a little outdated. We are therefore inviting the Oxford English Dictionary and the Oxford Dictionaries to update its online classification to reflect the shift from traditional internal combustion engines towards more sustainable powertrains.”

Jag's appeal to OED may be a bit of light hearted PR, but with the changes that are afoot, it isn't without a certain merit. We certainly endorse the move!