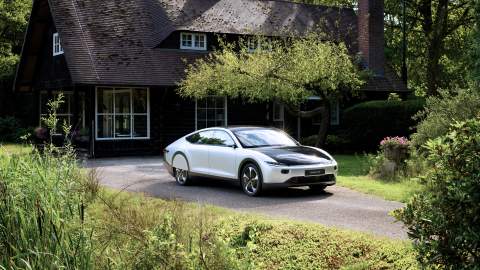 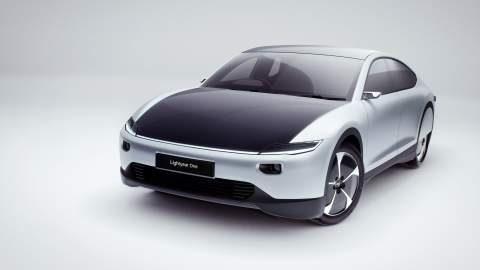 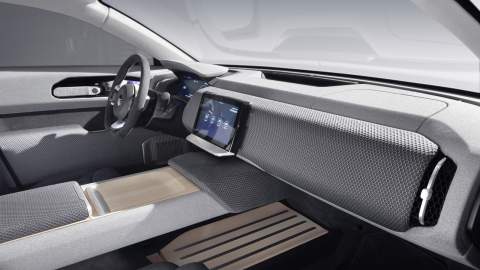 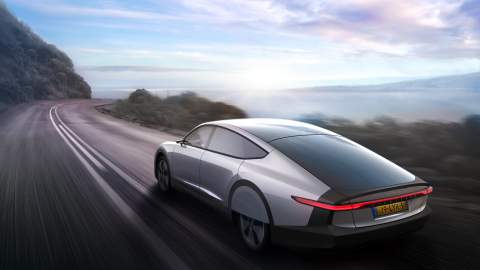 EV start-up, Lightyear, causing a buzz with solar charged 'One'

Dutch EV start-up, Lightyear, has officially announced its first vehicle which, as the images suggest, is essentially a solar array on wheels. Covering its sleek, futuristic shape is 53 square feet of solar panels which help charge the battery and extend the car's range by up to 7.5 miles per hour in ideal conditions.

Whilst the likelihood of ever seeing anything close to 7.5 solar miles per hour is extremely limited any additional free miles are better than no additional free miles. On its battery alone the One isn't lacking in range and can travel around 250 miles on a charge. In ideal conditions, where the mobile solar farm can apparently supply almost 800 watts to the battery (of unspecified capacity) Lightyear claims a range of more like 400 miles – which would be pretty remarkable.

The solar panels themselves operate independently of one another and are said to provide up to 20 per cent more energy than traditional types. Covered in high-strength glass, they won't lose efficiency due to heat and as well as powering the running gear, contribute to the car's other electrical systems such as heating and in-car entertainment. If you want to find out how much charge those panels would add where you live, Lightyear has a handy tool on its website.

Despite the lack of specific details from Lightyear, the powertrain is certainly an interesting one. It utilises four in-wheel motors, offering independent drive to each corner and what Lightyear terms 'advanced torque vectoring'. Whilst it's unlikely that the One will use this for performance purposes (its 0-62mph time is a sedate 10 seconds), in-wheel motors have the dual benefit of doing away with the need for a transmission – reducing mechanical losses and improving efficiency – and also make more room for batteries.

In terms of charging from the wall, the One can be juiced at a rate of up to 60kW which ought to provide a full charge in under an hour. Additionally to the fast charging capability, the One can accept 22kW public charging and 3.7kW domestic inputs.

So will the One be relegated to an interesting curio in the annals of electric cars? Well possibly, but the company was born out of a Solar Team Eindhoven which has competed and won the solar race across Australia, so it knows its onions. Lightyear's mission has been to commercialise the solar technology and in-wheel drive setup, so the One is very much a starting point.

We certainly hope that it proves as interesting in the real world as it seems on paper.