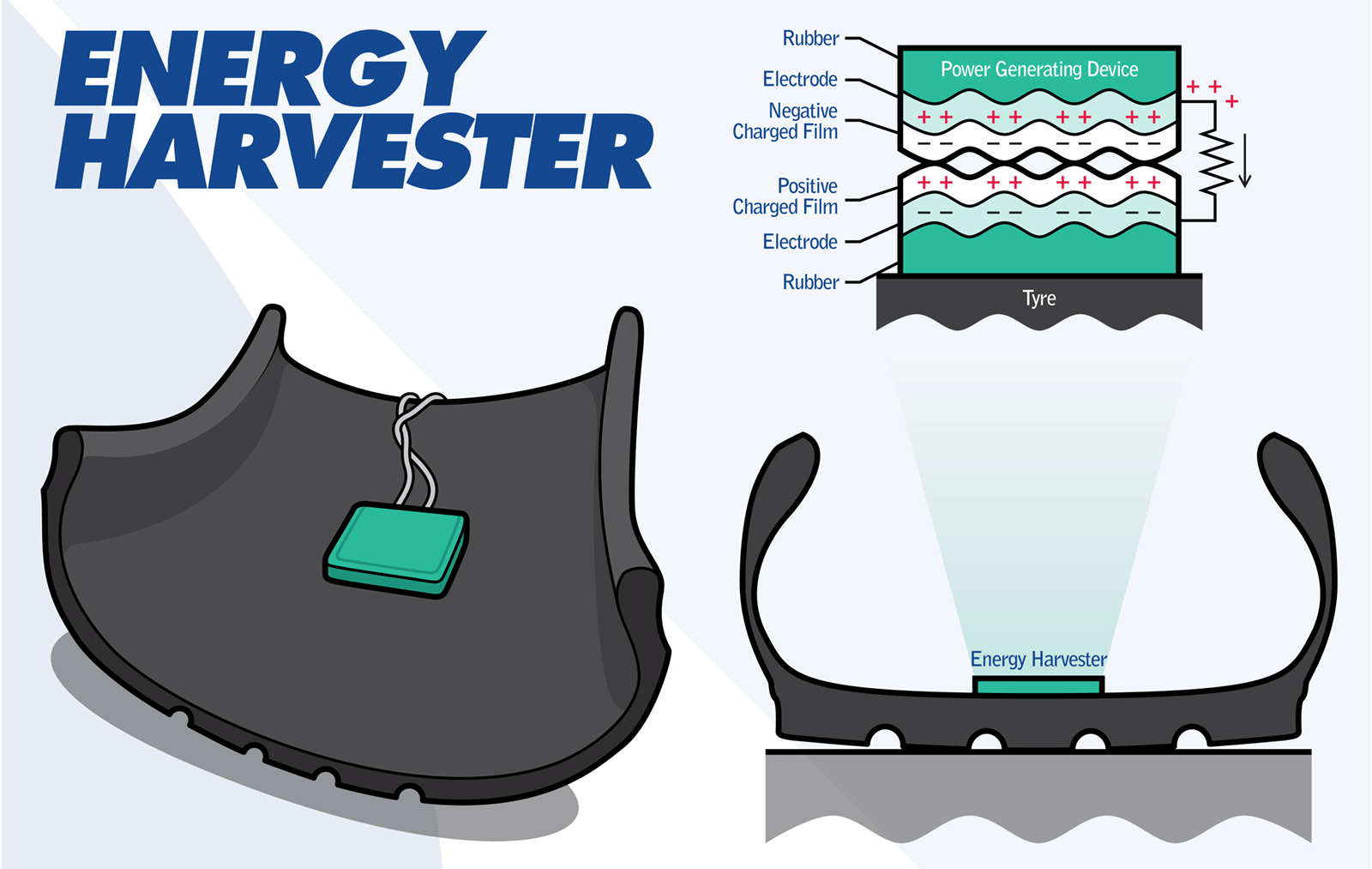 Japanese tyre manufacturer, Falken, has created a system that will generate electricity as a vehicle tyre rolls. Called 'Energy Harvester', it comes in the form of a small device housed within the tyre itself, and converts the static energy created as the tyre turns into usable power.

Frictional charging, as it is called, occurs as the tyre deforms and in order to harness it, Falken's team, which includes input from experts at Kansai University, has developed a small energy harvester unit. This comprises two layers of electrode-covered rubber along with a negatively charged film that interfaces with a positively charged film. As these move upon rotation, a charge is generated.

Don't get too excited though; Falken hasn't invented a perpetual motion machine that will power an EV indefinitely. In fact, in its current application the Energy Harvester is only capable of generating enough energy for low-power systems such as tyre pressure monitoring and other such ancillaries.

It's hard to tell how much potential the technology has for more substantial energy generation as the information we have at this point is limited. We can assume that the technology can be scaled up, and there is an increasing move towards energy harvesting in all manner of applications where small amounts of energy are generated to reduce the need for batteries and to increase overall efficiency. It is marginal gains, but make enough of them and they add up.

Energy harvesting reduces waste and cost, and has been used for years in applications such as wrist watches through piezoelectric energy which draws power from movements such as vibrations. Even pavements and roadways could be converted to generate energy in a similar manner to Falken's system, with trials of such technology having taken place around the world for several years now.

Falken's system is being taken forward having been selected by the Japan Science and Technology Agency to be developed through its 'Adaptable and Seamless Technology Transfer Programme'. This will assess its feasibility in conjunction with academic research with the aim of producing new technologies with real-world applications. Don't expect this tech to be built into your next set of tyres, but it may well be somewhere down the line.