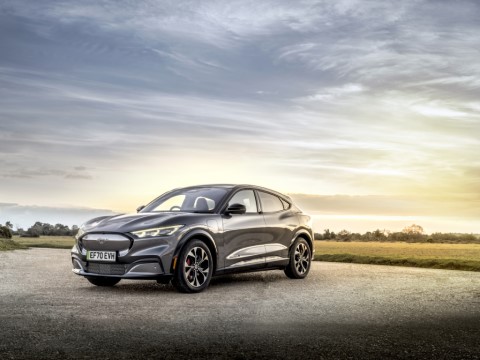 Ford has announced that it is embarking on a big EV push in Europe and will bring three new electric passenger cars and four new commercial vehicles to the market in the next two years. It is hoping that this increased choice will enable it to sell more than 600,000 EVs in the region by 2026.

The announcement comes alongside the news that Ford has created a new global business unit – Model e – which is focused on the design, production and distribution of electric vehicles. These efforts are designed to come together to allow the brand to achieve carbon neutrality in Europe, across suppliers, logistics and facilities, by 2035.

Next up will be a medium sized electric crossover, which is due to enter production in 2023 and will be built at Ford’s plant in Cologne. Subsequently, another EV will join the German production line in 2024, which we assume will be a Sport Crossover, quite possibly in the same vein as the VW ID.5 is to the ID.4. This comparison is also apt as the expectation is that Ford will use VW’s MEB platform for its crossover after signing a platform sharing deal in 2019.

Excitingly, Ford will launch an electric version of its top-selling car, the Puma, in 2024. We believe this will sit on a Ford-developed platform rather than the MEB from Volkswagen.

On the commercial side of things, four electric versions of some of its best known LGVs will be launched by 2024. These include an all-new Transit Custom, Transit Courier and E-Transit, as well as the Tourneo Courier and Tourneo Custom.

“These new Ford electric vehicles signal what is nothing less than the total transformation of our brand in Europe – a new generation of zero-emission vehicles, optimised for a connected world, offering our customers truly outstanding user experiences,” said Stuart Rowley, chair, Ford of Europe.

To help make this happen, Ford is investing two billion dollars in its Ford Cologne Electrification Centre which will be able to produce 1.2 million EVs annually after six years. A new battery assembly facility is included in the plan, which should come online in 2024. Furthermore, Ford has entered into a memorandum of understanding with Turkish battery development companies SK On Co and Koc Holding to manufacture an annual cell capacity of up to 45GWh.

“Our march toward an all-electric future is an absolute necessity for Ford to meet the mobility needs of customers across a transforming Europe,” added Stuart Rowley. “It’s also about the pressing need for greater care of our planet, making a positive contribution to society and reducing emissions in line with the Paris Climate Agreement.”