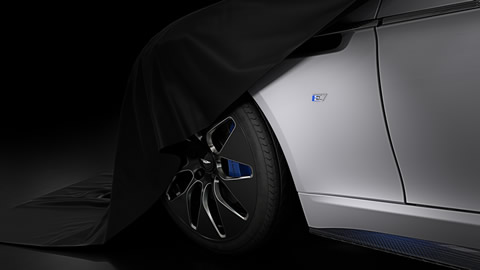 James Bond's next car could be electric

According to sources at The Sun, the director of the next Bond movie, Cary Joji Fukanaga, wants 007 to drive Aston Martin's electric Rapide E, with the lead actor Daniel Craig and the producers reportedly believing "the time was right for the secret agent to use an emissions-free ride."

It would be more than capable of being up to the job, too, with the battery system powering two rear mounted electric motors producing a combined target output of just over 610hp and 700lb-ft of torque. Projected top speed for the Rapide E is 155mph, with a sub-4.0sec 0-60mph time, whether the batteries are charged or not. The Rapide E’s range target is over 200 miles under the WLTP procedure, so he should be able to make a clean (no pun intended) getaway, too.

Despite being limited to just 155 units, Aston Martin has worked hard to achieve effective cooling of the batteries and motor to ensure consistent performance, while the car’s exterior and underbody has been aerodynamically optimised and lightweight alloys and carbon composite materials help to keep weight down.

It has also been an objective of the project to retain and enhance the feel, character and delivery of the traditional V12-engined Rapide S. To this end, careful attention will be paid to the development and tuning of both the electric powertrain and the chassis, with particular focus applied to software integration.

Furthermore, the twin electric motors will drive through a limited slip differential, which combined with revised spring and damper rates, should ensure similar handling characteristics to its petrol-powered sibling says Aston Martin.

Customer deliveries are set for Q4 2019.

Aston Martin to build EVs in the UK from 2025