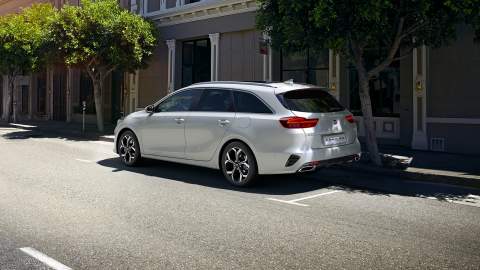 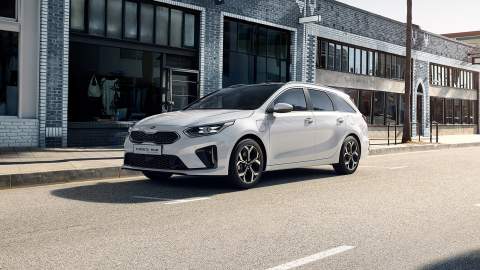 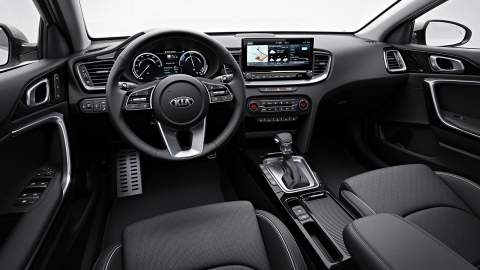 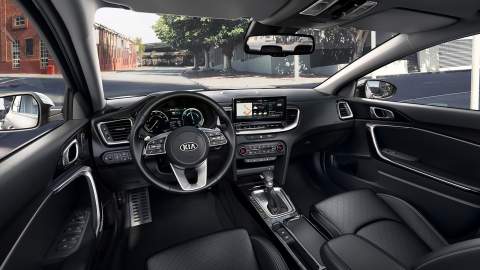 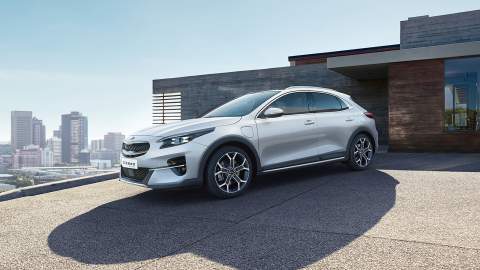 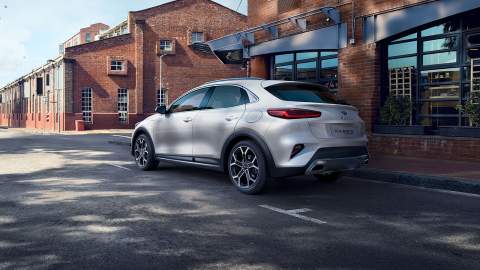 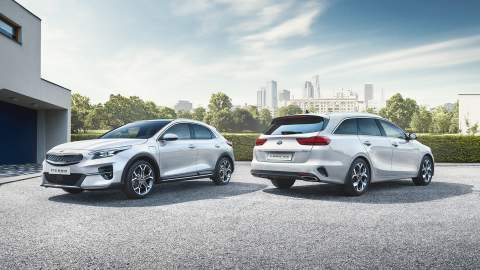 We first ran this story back in September 2019 when Kia announced the XCeed and Sportwagon PHEVs. Now, the Korean brand has confirmed some of the finer details we didn't know at the time, so read on for the updated news...

As with most manufacturers nowadays, Kia is rapidly electrifying its model range in order to hit fleet emissions targets and diversify its offering. Looking through the glut of recent news, PHEVs are very much dish of the day, and for the first time two variants of the Kia Ceed – the Sportwagon and XCeed – have gained a plug-in powertrain.

Why these two versions of the Ceed specifically? Well it's a matter of packaging. At present, Kia's PHEV powertrain would require significant re-jigging to fit into the standard hatch whereas the Sportwagon and XCeed's additional wheelbase minimises the impact on interior space. Moreover, because sales of the Ceed family have been so strong – up 40.1 per cent in the first half of 2019 according to Kia Europe boss Emilio Herrera – it was imperative for the brand to get PHEVs onto the market.

Both the Kia Ceed Sportwagon and XCeed utilise the same PHEV powertrain. This comprises the brand's tried-and-tested 1.6-litre 'Kappa' petrol engine aided by a 60bhp electric motor which draws energy from an 8.9kWh lithium-polymer battery. Combined, the total power output of each car is 139bhp and 195lb-ft of torque, enabling the Ceed Sportwagon to hit 62mph from rest in 10.8 seconds, and the XCeed in 11 seconds.

Kia has now finalised the WLTP electric-only range of both cars, with the XCeed able to travel up to 36 miles on a charge and the Sportwagon 37. At low speeds, this mileage will be accompanied by a 59dBA virtual engine sound system. Unfortunately, despite the passing of months the official CO2 emissions are yet to be finalised, but expect them to be well below 100g/km and likely closer to 50g/km.

Using a 3.3kW AC charger, either car can be charged from empty to 100 per cent in two hours and 15 minutes.

Sending the power to the front wheels is a six-speed, dual-clutch automatic gearbox (6DCT) in the PHEV Sportwagon and XCeed. Kia highlights the fact that whilst many traditional hybrids utilise e-CVT gearboxes (electronic constant variable transmission), these are subject to power losses, whereas the 6DCT gearbox is far more efficient.

Each car has some subtle exterior differences to differentiate them from their standard petrol and diesel counterparts. A new and aerodynamically efficient 'tiger-nose' grille defines the front of each car, and on the Sportwagon there are 'eco plug-in' badges. Charging ports are located on the nearside front wing of the cars, and within the wing are newly designed 16 inch standard alloy wheels. Optional 17 inch wheels are available on the Sportwagon and 18 inch wheels on the XCeed. The front bumper on the Sportwagon is from the GT-Line model, aiding aerodynamics.

Inside there is a range of new functionality specific to the PHEV variants. On top of the dashboard is a charging indicator which enables owners to see how much battery power remains before they leave on a journey. A standard eight inch or optional 10.25 inch infotainment and navigation system feature Kia's UVO Connect telematics.

The UVO Connect telematics system is unique to the PHEV cars and makes it easier for owners to find charging points, view energy levels and usage and schedule charging while their car is plugged in at home. Both the standard and optional infotainment systems are Apple CarPlay and Android Auto compatible, while the optional system features Bluetooth multi-connectivity enabling up to two mobiles at once to connect.

Understanding that many journeys are made by single occupants – i.e. the driver – Kia has installed a standard 'Driver Only' ventilation system which, at the push of the button, isolates all of the heating and ventilation other than that for the driver. This reduces energy draw and further enhances the car's overall efficiency.

As we mentioned, the reason behind Kia introducing its PHEV powertrain on the Sportwagon and XCeed versions of the Ceed family is down to space. With each car, there is minimal impact on interior room as designers have been able to stash the 8.9kWh battery pack and 37 litre fuel tank beneath the rear seats.

The Kia Ceed Sportwagon has 437 litres of luggage space, or 1506 litres with the rear 40:20:40 split folding seats down. In the XCeed PHEV there is 291 litres of luggage space, growing to 1243 with the rear seats folded down. Both cars have a cubby hole in the boot floor for storing charging cables, ensuring that these don't impact on available room.

We can now tell you how much each of these Kia models will set you back!

The Kia XCeed PHEV is available in two trim levels – '3' and 'First Edition', with the 3 getting a slightly lower specification of cloth seats and 15 inch alloy wheels, whilst the First Edition gets leather and 18 inch alloys. You can walk into a Kia showroom now and order one from £30,695 and expect to drive it home in April.

Similarly, the Ceed Sportwagon is available to order now with deliveries starting in April. However, it is available exclusively in '3' trim and will set you back £29,995.