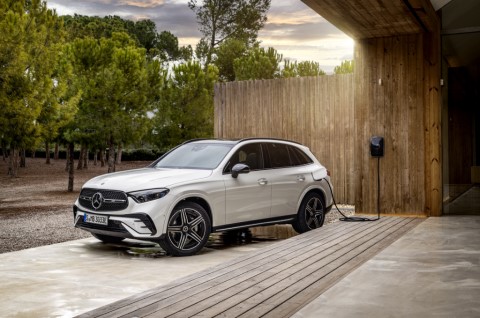 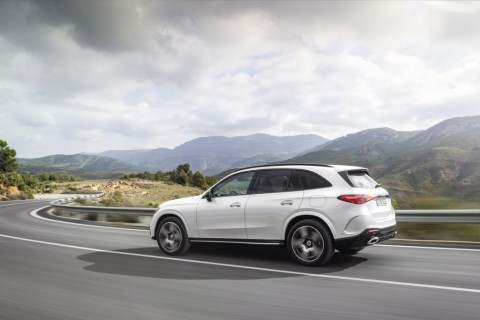 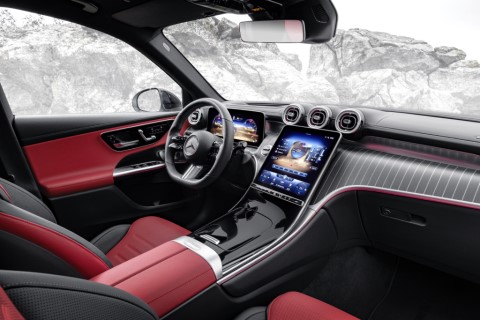 Mercedes has refreshed its mid-sized SUV and given it a range of new PHEV options including a diesel variant. The most interesting part is the GLC’s range, which at well over 60 miles to a charge should make it possible to run almost exclusively on electric for many owners.

Mercedes’ GLC has been a strong seller for the brand since its introduction and the brand is hoping to continue this success with the new version. The headlines are that it gains three new PHEV powertrains – two petrol and one diesel – a refreshed exterior and more tech in the form of the latest MBUX operating system on the inside.

At the heart of the new Mercedes-Benz GLC is its choice of three PHEV powertrains. Mercedes actually designed the GLC with ‘a noticeably more electric driving experience’ in mind, so the car automatically switches to electric power on the most sensible sections of a planned route whilst also using an intelligent recuperation system to maximise range.

Buyers can opt for one of two petrol models – the GLC 300e 4MATIC or 400e 4MATIC – or alternatively go for a diesel version, the 300de 4MATIC. It’s interesting that Mercedes has gone down the diesel line given its falling popularity, but its added efficiency and torque could prove to be a good move.

A towing capacity of up to two tonnes along with a towing-specific route planner in the MBUX operating system makes the GLC a potentially useful load lugger. All PHEVs also come with self-levelling air suspension and rear steer so it should be useable off-road as well.

Mercedes has developed a new battery for the GLC which has a capacity of 31.2kWh. This is comparatively large for a PHEV and offers a range of up to 75 miles on the WLTP test. Official CO2 output is as low as 13g/km in the diesel version whilst fuel economy is up to 565mpg. In the real world, a 50+ mile range should mean many owners only rarely need use the internal combustion engine. Furthermore, charging at up to 60kW DC means it takes less than 30 minutes to fully juice.

Compared to the previous generation car the new GLC is 60mm longer at 4716mm and 4mm lower than its predecessor with slightly wider track widths. Overall width has, however, stayed the same at 1890mm. The extra length has afforded 50 additional litres of luggage capacity with a hefty 600 litres now available. An easy-pack electronic tailgate helps make the most of this extra capacity.

New headlights and grille define the font end and bring the GLC up to date with other new Mercedes models. Standard chrome and matt grey trim can be replaced with AMG Line details such as colour coded wheel arch liners within which sit wheels of between 18 and 20 inches. At the rear are new two-section lights along with a simulated chrome underguard and chrome exhaust surrounds.

The car’s drag coefficient has been reduced from 0.31 to 0.29 which helps with overall efficiency and range.

Mercedes has equipped the GLC with the latest MBUX operating system and given the interior a sporty yet luxury feel – in its own words at least. The dash is split into two sections with the upper area depicting a wing-like profile and the lower section curving into the centre console. A 12.3 inch floating LCD digital display gives driving info whilst a central 11.9 inch centre display also has the appearance of floating over the centre console.

An optional Energizing coach or Air-balance package uses comfort programmes to enhance the interior environment using a connected wearable device and, in the case of Air-balance, can deliver fragrances to the car’s interior whilst filtering out dust and pollutants. An optional panoramic sunroof is available.

In terms of assistance, MBUX has voice control and an array of cameras is available including a parking package with a 360-degree camera and a ‘transparent bonnet’ function, which helps when negotiating off-road terrain. Augmented reality navigation can also be specified which superimposes virtual objects and information over real-life objects and locations. This includes traffic signs, lane-change navigation information and even house numbers.

There’s no official word on price or launch date just yet, but we are expecting the GLC before the end of the year.