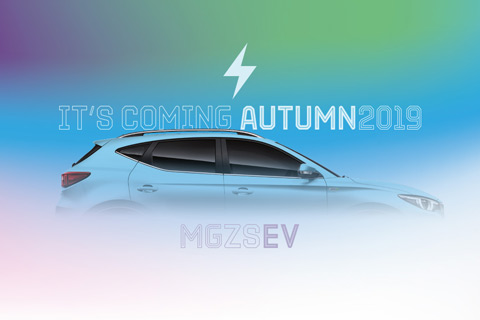 An iconic British brand – MG Motor UK – is set to launch its very first battery electric vehicle this autumn with the arrival of the MG ZS electric SUV. Based on its petrol stablemate which is priced from just £12,495, it promises to bring affordable electric motoring to the British public backed up by a seven year warranty.

With all the space, versatility and practicality of a compact SUV, the MG ZS EV promises to have a full size boot and room for five, making no compromise despite the addition of a battery. With MG’s trademark value-for-money approach, it’s hoped more new car buyers will make the switch to electric.

Details, including pricing and specification, will be released closer to launch, but in the meantime potential customers can register their interest at www.mg.co.uk/electric