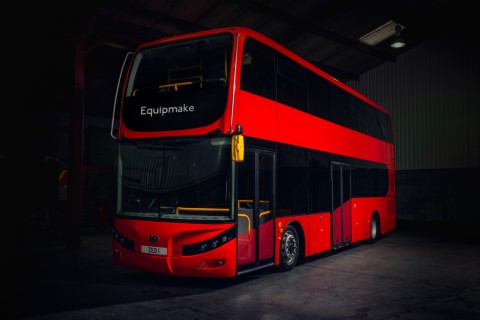 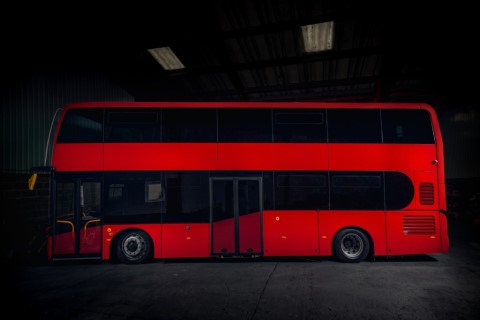 UK powertrain specialists, Equipmake, has joined forces with Spanish bus builder, Beulas, to introduce the Jewel E – an all-new, all-electric double decker. Destined to be built in Norfolk, it’ll provide a much-needed manufacturing boost and also coincides with a zero emissions-only announcement by Transport for London.

Equipmake has a long history of powertrain innovation in the commercial vehicle sector and with the launch of the fully electric Jewel E, it moves the battery-powered bus market forward significantly.

The main reason behind this is down to the Jewel E’s range which, at 250 miles to a charge, makes it the longest of any electric double decker bus in the world. Whilst this doesn’t sound like a lot, for a bus operating in an urban area it’s significantly more than the average daily mileage. London buses, for example, are unlikely to cover much more than 100 miles per day.

At the heart of the Jewel E is Equipmake’s Zero Emission Drivetrain – or ZED – which is a modular, scalable system capable of being used in a range of different buses such as single deckers and double deckers. The ZED is already proving itself in Argentina, powering single decker buses on the streets of Buenos Aires.

Equipmake’s so-called HTM 3500 motor is mounted directly to the propshaft, negating the need for a gearbox. It offers 536bhp and a whopping 2581lb-ft of torque, the latter of which occurs at just 1000rpm. This is equivalent – if not slightly more – than the hybrid buses operating in London at the moment.

Obviously, for such a large vehicle the battery needs to be big. Equipmake is offering several options depending on a buyer’s requirements, with the largest being 543kWh and providing that record 250 mile range. Highly efficient thermal management ensures that the powertrain is efficient, and charging is undertaken using a CCS DC connection.

The Jewel E is very much a collaborative project between Norfolk-based Equipmake and Spanish bus builder, Beulas, which is based in Girona. Bus bodies will be manufactured by the Spanish firm and then mated with Equipmake’s proprietary ZED which was designed and developed here in the UK.

Exports are expected globally, but the launch of the Jewel E is particularly well timed as Mayor of London, Sadiq Khan, has announced that all new buses ordered by Transport for London will be zero-emissions vehicles. This will include a mixture of both battery electric and hydrogen-powered models, with both hybrids and pure diesels no longer purchase options.

TfL noted that its commitment to have a zero-emissions fleet by 2034 will “give British bus manufacturers confidence in large orders enabling them to significantly ramp up production”. The Jewel E is the first battery electric bus to meet TfL’s specifications and requirements for 2024, so it is expecting to increase the size of its workforce to meet expected demand.

In a time when automotive manufacturing, and manufacturing in general, is struggling, this is obviously great news.

Road testing of the Jewel E starts towards the end of this year with in-service trials starting at the beginning of 2022 and general sales to follow. As such, it’s possible that this time next year, your commute could be on an electric bus.