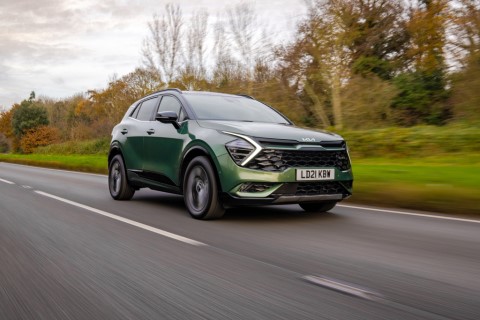 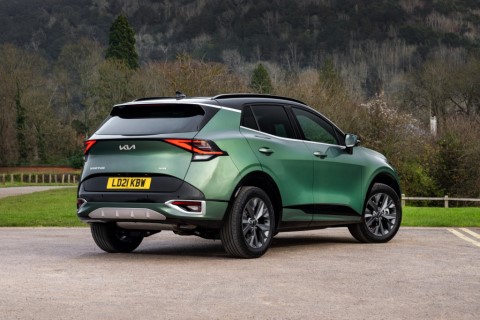 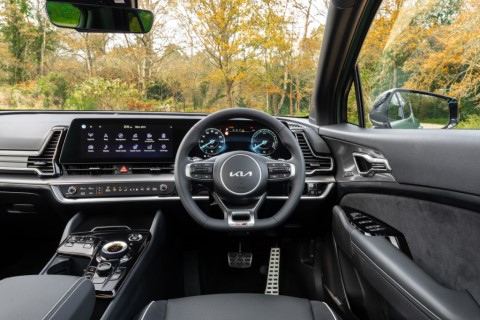 Kia Sportage gains a plug-in powertrain for the first time

Kia’s best-selling model not just here in the UK, but globally, is gaining a plug-in hybrid powertrain for the first time. Going on sale in December and with PHEV deliveries due in spring 2022, it is yet another worthy challenger in a very crowded mid-sized SUV market.

Kia’s new Sportage should carry on where the current version left off. With an all-new design and using brand new architecture, it is more than just a facelift, having been designed specifically with a European audience in mind. As well as the exterior and interior overhaul, the new Sportage has the widest range of powertrains for the model in its 28-year history and – for the first time – this includes a plug-in version.

The new Kia Sportage PHEV is the most powerful variant in the range. Boasting 261bhp delivered via a 178bhp turbocharged 1.6-litre petrol engine and 90bhp electric motor, it competes with some of the more powerful PHEV SUV counterparts. A 13.8kWh battery is – again – competitively sized versus the competition and by being mounted between the car’s axles, doesn’t impact on load space. Kia also reckons it helps the car’s handling balance.

There’s no official word on performance or EV range, but with all-wheel drive and that power output, expect high sixes to 62mph and 30+ miles on electric power from those numbers. Owners will be able to charge the Sportage PHEV at 7.2kW, meaning a full charge will take under two hours.

The new Sportage gets Kia’s latest brand identity on the exterior. This features all new, LED head and tail lamps, as well as distinctive daytime running lights at the front. Kia badges now spell out the brand name. At 4515mm long, 1865mm wide and 1645mm tall, with a 2680mm wheelbase, the new Kia Sportage is slightly larger in all but height. However, the wheelbase means that rear seat passengers get a generous 996mm of legroom, and there’s 591 litres of seat-up and 1780 litres of seat-down luggage room.

It’s inside that Kia has pulled out the stops with the new Sportage. A driver-centric front space features a curved display of two 12.3 inch screens that Kia reckons delivers a near cinematic experience. These comprise a digital driver’s display and a central touchscreen through which functions and connectivity are controlled. Unlike some rivals, Kia has digitised the climate and infotainment functions, meaning all are controlled through the touchscreen.

Smartphones can be juiced with 15W wireless charging and three-zone air conditioning separates the driver, passenger and rear seat passengers. USB ports in the rear also allow passengers to charge their devices. If buyers tick the option box, a Harman Kardon sound system can be specified.

Further connectivity is delivered by the Kia Connect smartphone app. This allows syncing with calendars, destinations, pre-planning of routes and vehicle controls. On the PHEV, we assume this includes charging management and cabin pre-conditioning.

Update 15.03.22: Kia has confirmed that the Sportage Plug-in Hybrid has an electric range of 43 miles on the combined WLTP cycle. In the city, this figure is up to 48 miles. This translates to CO2 emissions of 25g/km. In terms of performance, the Sportage will hit 60mph in 7.9 seconds and go on to a top speed of 119mph.