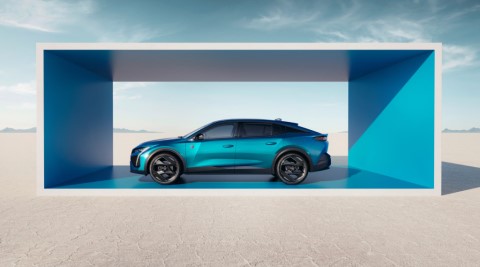 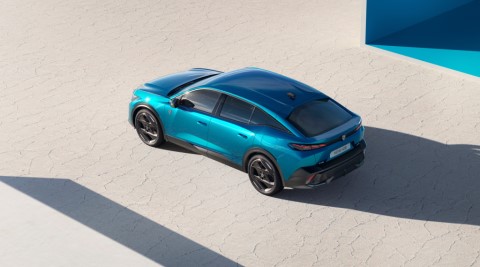 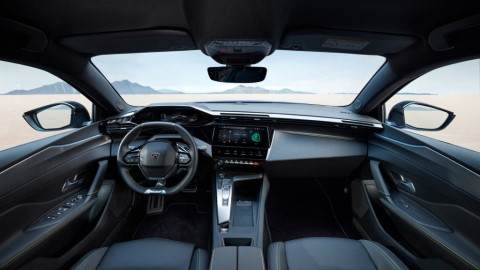 Peugeot has added a new and intriguing model to its range. The 408 is a stylish fastback SUV in a similar vein to the Ford Mach-E and Kia EV6. Initially, it will be available with two PHEV options, but a full EV is to follow in due course – adding to Peugeot’s burgeoning electric line-up.

Peugeot calls it ‘mould breaking’; we’d call it a stylish fastback SUV which takes the French brand’s most recent penchant for producing genuinely good looking cars and applies it to an increasingly popular style. Joining the C-segment – that is to say the same group of cars as the VW Golf, Vauxhall Mokka etc – it is electrified from the outset with two PHEVs to choose from and a full EV on the way.

Being based on Peugeot’s multi-energy EMP2 V3 architecture means that the 408 is built with electrification in mind from the ground up. As such, the brand is offering it with a choice of the two PHEV powertrains that we’re familiar with across the rest of its range from the C-segment up.

Both the Hybrid e-EAT8 180 and 225 combine a 1.6-litre PureTech turbo petrol motor with a 109bhp electric motor. The only difference is the state of tune of the PureTech lump, with 148bhp on offer in the 180 and 177bhp in the 225 versions leading to a total system output of 178bhp and 221bhp respectively. An eight-speed gearbox transfers the power to the front wheels.

On the electric front, both cars get a 12.4kWh battery which should see an electric range easily north of 30 miles. Charging takes as little as 1hr 55min via a 7.4kW charger combined with the 7.4kW on-board charger (optional), with the standard 3.7kW on-board charger knocking the time up to 3hr 50min. A 3.7kW three-pin will charge the Peugeot 408 in 7.5 hours.

Excitingly, Peugeot is going to launch a fully electric version of the 408 somewhere down the line.

We’re fans of the direction Peugeot is taking with its design language and the 408 is no exception. It has the sharp lines, ‘fang-shaped’ front LED lights, a sleek fastback and three-claw rear LED lights which make it easily recognisable as a Peugeot, but adds this to an SUV profile. The bonnet is set between raised wings whilst the grille hides sensors for various driving aids. At the rear, large black scoops accentuate width and robustness. Wheels of up to 20 inches will be available on the PHEVs.

At 4.69m long with a 2.79m wheelbase and 1.48m tall, the 408 is about as large as you can get in the C-segment, being similar in size to a Kia EV6 albeit slightly lower. This makes it one of the lowest cars you could legitimately call an SUV on sale at the moment – lower even than the Renault Megane E-Tech which doesn’t even claim SUV status.

The sleek body – including ‘cat ears’ on the roof which direct air to the rear spoiler – has benefits for aerodynamics, enabling the 408 to achieve a Cd of 0.28. In addition, a very low weight (in the petrol version) of 1396kg helps with efficiency which Peugeot expects to be very good once WLTP homologation is complete.

Peugeot has given the 408 a high level of equipment – both standard and optional – as well as working on the comfort of the interior. A ten-way adjustable front driver’s seat and six-way passenger seat can be specified with massage and heating and are recognised by a German association for their ergonomics and comfort.

Materials throughout the interior include mottled fabric, technical mesh, Alcantara, embossed leather and coloured Nappa leather. The arch of the centre console includes a phone charging pad alongside two USB-C sockets, an armrest and storage. The long wheelbase affords plenty of rear seat room, including 188mm of knee space, and the 60/40 rear bench with ski hatch increases boot space from 536 litres to 1611 litres when stowed.

Comfort and convenience is further enhanced by ambient lighting, rear seat USB-C charging sockets, a 12 volt socket and an automated boot which can be activated via the remote or by swiping your foot under the hatch.

Tech-wise, the Peugeot 408 gets the brand’s i-Connect Advanced infotainment system which is controlled via a 10 inch touchscreen. Navigation is via Tom Tom and Over-the-Air updates ensure the system is always operating the latest software.

Driving aids are numerous, too, with 30 on offer fed by information from six cameras and nine radars. These include adaptive cruise with stop and go, automatic emergency braking and collision warning, active lane departure warning, driver attention alert, road sign recognition, night vision with up to 250m of range, blind spot monitoring and much, much more.

Pricing and market-specific specifications for the UK are yet to be released but we’d assume a starting price of around £35k for the PHEVs. An on-sale date of early 2023 is anticipated.