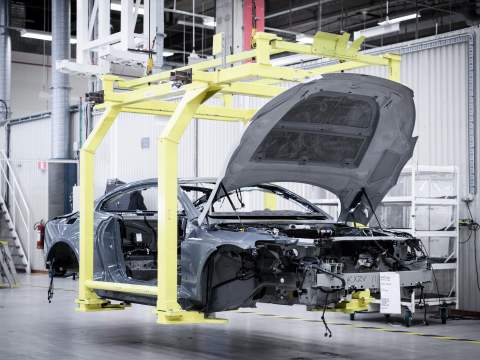 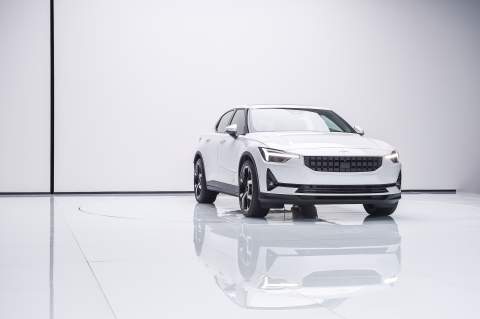 Announced at the Chinese debut of the Polestar 2 at the Shanghai Motor Show, the Luqiao production facility will produce said car alongside other world-class models from Volvo and Lynk & Co. which share the core CMA platform. Polestar 2 is the first car on the modular chassis to feature a fully electric drivetrain and will be a higher volume premium car designed to compete around the Tesla Model 3.

Polestar enjoys specific technological and engineering synergies with Volvo Cars and benefits from significant economies of scale as a result. This facilitates the successful design, development and production of separately-branded, electric performance cars. Thomas Ingenlath, Chief Executive Officer at Polestar, commented: “With Geely and Volvo Cars as our owners, we are able to leverage their expertise in many different ways. Manufacturing is one of the most important areas, helping us accelerate our progress and entry into the market with the confidence that Polestar 2 production will begin as planned early next year.”

For those that want to get up close and personal with the new electric performance fastback, then you might be in luck as they are planning an ambitious roadshow in the brand’s six European launch markets that supports similar events in China and North America as part of the Polestar 2 world tour.

Between May and October 2019, the roadshow will visit 15 European cities, with the United Kingdom playing host in July. Exact dates and locations will be listed at Polestar.com.

Polestar launched in 2017 with the Polestar 1 – a low-volume Electric Performance Hybrid GT with 600hp, 1000 Nm and an electric-only range of 150 km – the longest of any hybrid car in the world. In the future, Polestar 3 will join the portfolio as a fully electric performance SUV.

Not long after this announcement Polestar then established a new UK Research and Development facility to further strengthen the brand’s ability to engineer its future electric performance vehicles. Located in Coventry, Polestar’s engineering operation will initially employ around 60 engineers that have already been involved in preliminary development work for Polestar, and will now be fully immersed into future projects as part of the brand’s global engineering network.

Hans Pehrson, responsible for Research and Development at Polestar, commented: “Polestar’s role as a technology spearhead requires new and developing skills in low-volume, light-weight, multi-material performance car engineering, and the new UK operation will allow us to take the next steps towards our future cars.

“The team that will kick start the new UK R&D subsidiary is already well-versed in Polestar engineering philosophy, and we will expand the initial team further during the course of 2019. These engineers will be a great complement to our existing R&D team based in Sweden, and other supporting teams around the world.”