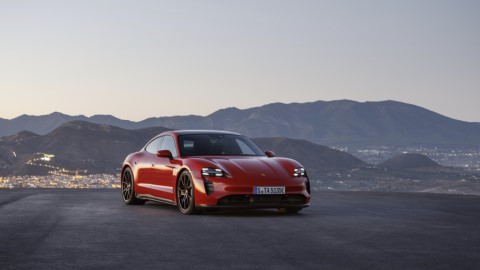 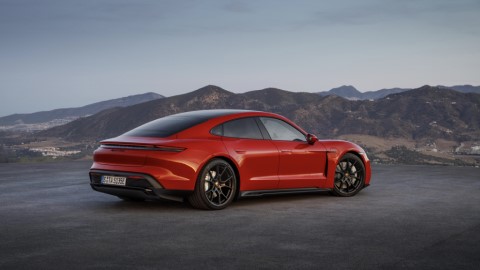 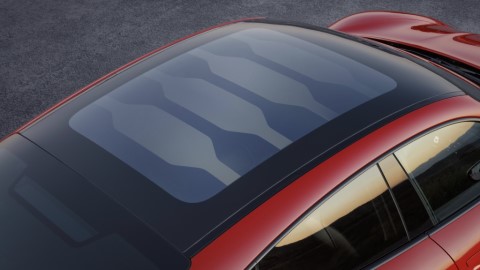 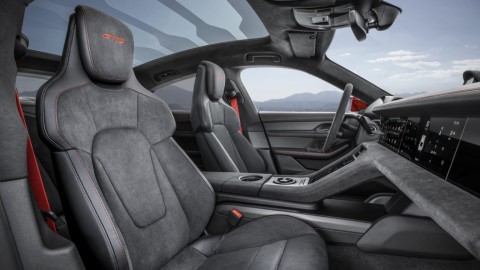 Porsche has used AutoMobility LA to launch two new variants of the Taycan, and the GTS – a more focussed version of the regular car – is the main event. The third body style for Porsche’s EV, the Sport Turismo, takes the Cross Turismo and does away with any off-road pretentions.

There are now five powertrain options and three body styles to choose from within the Taycan range thanks to the addition of the GTS and GTS Sport Turismo. Traditionally, Porsche’s with the GTS badge have been tighter, slightly lighter and more capable fast road and track cars – a kind of half-way house between a regular Porsche and an uncompromising GT version. With the Taycan GTS, Porsche reckons it has created a sweet spot in the range.

You might be squinting to tell the difference, but the Taycan Sport Turismo takes the same, distinctive shape of the Cross Turismo and gets rid of the off-road details. Porsche is branding it as ‘the best of both Taycan worlds’, taking the practicality of the body shape of the Cross Turismo – which offers an additional 45mm of rear headroom and more than 1200 litres of load space – and the performance of the standard Taycan and combining them into one.

Power-wise, the GTS sits just below the Turbo – like it would in a combustion model line-up. Some 590bhp is on tap using the overboost function, enabling both body styles to hit 62mph in just 3.7 seconds and reach a limited top speed of 155mph.

Porsche has updated the drivetrain’s management which has had the secondary benefit of making the GTS the first Taycan to be rated at over 500km (310 miles) on the WLTP test, achieving 504km (513 miles). Both GTS variants get the 93.4kWh Performance Battery Plus enabling charging at up to 270kW – the equivalent of 62 miles every five minutes.

As you’d expect from a GTS-branded Porsche, the chassis has been reworked for a sportier driving experience. The standard adaptive air suspension with Porsche Active Suspension Management (PASM) has been tweaked to enhance lateral dynamics. Optional rear-axle steering has also been enhanced. Porsche has even reworked the Electric Sport Sound to complement the sporting nature of the GTS and GTS Sport Turismo.

On the outside, Porsche has reworked the Taycan GTS models in the same way it has traditionally done on its petrol variants. These styling enhancements predominantly come in the form of black and dark details such as the front apron, wing mirror and side window trim. On the inside, the GTS moniker is included in various locations, and black Race-Tex features alongside brushed aluminium and black anodised trim, tops off the look.

New for the GTS cars is an optional Sunshine Control roof which has a liquid crystal film enabling occupants to change it from clear to matt at the touch of a button. It is divided into nine segments which can be controlled individually.

Both the Porsche Taycan GTS and GTS Sport Turismo will be available in Spring 2022. Prices in Germany start from £111,000 for the regular GTS and £112,000 for the Sport Turismo. UK-specific prices and car specs will be released in due course.