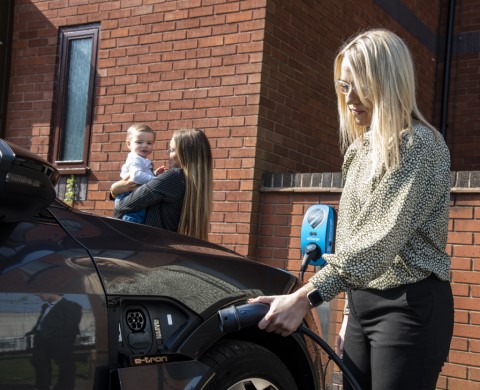 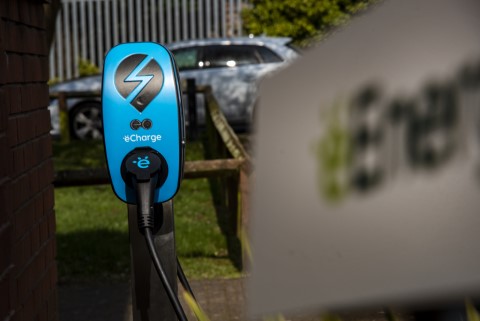 Plan for a public sector charging network of up to 50,000 chargers by 2030 underway

Two UK-based companies have joined forces to install up to 50,000 EV chargers by 2030, specifically at public sector-owned and run locations. Focusing on the education sector, the project has the potential to reach millions of people across the UK who work or study in teaching and learning.

The partnership brings eEnergy – a digital energy service company – and EO Charging – a provider of EV chargers for both homes and businesses. Working in collaboration, they plan to have installed up to 50,000 charge points by 2030 across the 32,000 schools, colleges and universities around the UK.

An initial project is being undertaken within which 200 chargers will be installed by EO before the end of April 2022, and a further 1800 will have gone online within the first 12 months of the project. As for the remaining 48,000, the companies are hoping that success in their initial rollout will help attract further business.

According to the companies, there are over 600,000 teachers as well as 225,000 and 2.66 million university staff and students respectively across the UK. As such, the potential of the project is obviously very large and will make a meaningful dent in the UK’s need to switch to low carbon personal transportation in advance of 2030.

Like other providers looking to make strides in the long dwell time charging sector (with speeds of between 7kW and 22kW), the eCharge – which is the charging arm of eEnergy – is using longer-term contracts to make both the installation and ongoing maintenance of EV chargers viable for cash-strapped organisations. It won’t just be staff and users of the schools, colleges and universities will benefit, as the organisations are able to offer paid-for charging using their own facilities to local communities.

Harvey Sinclair, CEO, eEnergy said: “Ensuring everyone has access to reliable charging, especially for those who cannot plug in at home, poses considerable challenges. Like many employers, schools face a growing demand for EV chargers just as energy costs reach record highs. Our ambitious rollout will make life easier for teachers and other drivers by offering an affordable and accessible alternative.”

Charlie Jardine, Founder and CEO of EO Charging added: “Our partnership with eEnergy ensures critical net zero infrastructure can be widely adopted by the public sector as well as businesses, making EVs accessible to more people throughout the UK.”

No VAT cut on public charging

One thing that neither company will be able to control, however, is the government’s refusal to cut VAT on electricity for public chargers to five per cent. This means that for the millions of people who have to, and will have to rely on public infrastructure, their financial disadvantage is compounded compared to those who can charge at home and avoid the 20 per cent VAT rate.

Nicholas Lyes, RAC’s Head of Road Policy, said: “The real issue is that those EV owners without driveways will be hugely dependent on public charge points, so it cannot be fair they are effectively being hit with a much higher rate of taxation than those that can charge at home. If the Government wants to make electric vehicle ownership truly universal, it needs to rectify this anomaly quickly.”