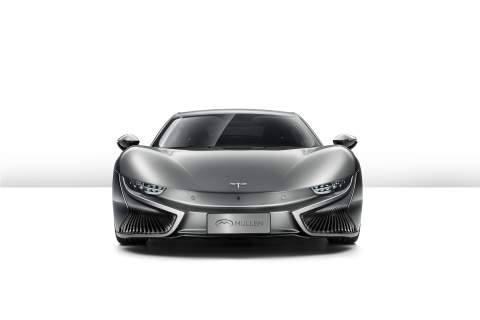 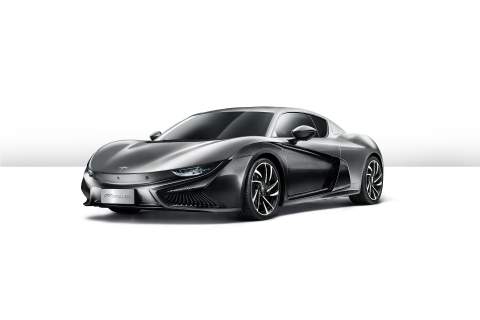 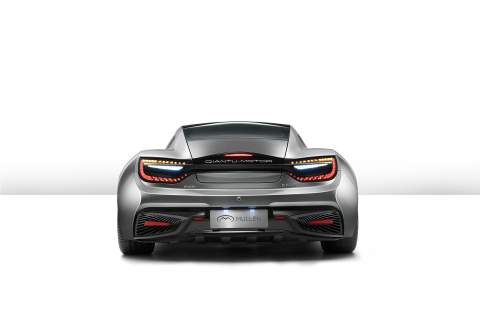 Unless you reside in the USA you may not have heard of Mullen Technologies, who are a Southern California-based licenced electric vehicle manufacturer. Mullen is working with several global OEM partners to provide exciting EV options, one of them being Qiantu Motor, an automotive design and manufacturing company in China.

At this year’s New York International Auto Show, Mullen exhibited its all-aluminium framed, carbon fibre bodied K50. The curvaceous low-slung two-seater houses 47 per cent of its weight on the rear wheels to help with handling, together with double wishbone suspension all round. There are three levels of brake regeneration, so in theory it should allow for one pedal style of driving, although if being pushed hard the driver can also call upon the Brembo four-pot calipers.

The 29 components of the carbon fibre body panels weigh only 46.7kg in total, which is more than 40 per cent and 20 per cent lighter than steel and aluminium allow respectively.

The Qiantu K50 is available in six standard colours with a multiple colour design option and the 19 inch lightweight forged aluminium wheels also come in two colours. They are shod in Pirelli P Zero sports tyres that feature their own tread design to help make the car perform better, especially in the wet.

And that’s a good job as peak output power from the two motors at the front and rear axle (to provide all-wheel traction) combined can be as high as 375hp, with 428lb-ft of torque. That equates to a zero to 60mph dash of 4.2 seconds. Not bad. There are three driving modes: Adaptive, Sport and Boost to meet various driving situations. Mullen say in extremely dynamic overclocking mode it releases 429hp.

It has a range of over 230 miles (on the NEDC cycle) with charge ports on both of its rear side pillars – DC fast charge on the right, AC on the left, and it will have CCS (Combo) charging good for up to 140Kw and a 40 minute charge.

Qiantu K50 has a unique in-car air circulation system powered by a 200 watt roof solar panel that will automatically start after the temperature rises to 77 degrees. The occupants also benefit from an interface that includes a big 15.6-inch tablet-style touchscreen, similar to the Tesla models, and leather and Alcantara trimmed sports seats. There’s not much luggage space but according to Frank McMahon, the Chief Technology Officer of California’s Mullen Technologies, they’re working on it.