Land Rover has brought a new plug-in hybrid powertrain to both the Range Rover Evoque and the Land Rover Discovery Sport. Offering extremely low emissions and usable and real-world electric range, the two most popular cars for the brand can now be had with zero emissions capability for the first time.

Land Rover has added what could quite possibly be the most compelling powertrain to its two most popular models. Both the Range Rover Evoque and Land Rover Discovery Sport can now be had in PHEV form and, if the numbers are in any way close to reality on the road, they should be the stars of the range going forward.

Called the P300e, the powertrain (which is common across both cars) now elevates Land Rover into the highly-competitive premium small PHEV SUV segment of the market. Until now, this realm was dominated by the equivalent efforts from long-time German rivals Audi, BMW and Mercedes. Where Land Rover might gain the competitive advantage is in its brand appeal and in the performance it has squeezed from that P300e setup.

At the heart of the Range Rover Evoque and Land Rover Discovery Sport is a brand new plug-in hybrid system. It combines the newest and smallest version of JLR's Ingenium turbocharged petrol engine with a rear axle-mounted electric motor and a 15kWh battery in between. You'd probably better get used to the P300e powertrain if you're in the market for one of JLR's forthcoming cars – whether Jaguar or Land Rover – as it'll become a stalwart of the line-up.

Coming in at 1.5 litres and three cylinders, the Ingenium turbo petrol engine sits below the four-pot that is already common throughout the Jaguar and Land Rover range. However, it is nearly 40kg lighter than the larger unit and still manages to pump out 197bhp – or approximately two-thirds of the P300e total system power. This is transferred to the front wheels through a new eight-speed automatic gearbox which is itself 5kg lighter and apparently smoother shifting that the previous nine-speed unit.

Supplementing the new petrol engine is a 107bhp electric motor which is integrated into the rear axle (therefore providing that all-important all-wheel drive capability). Together, the total system output is a stout 304bhp and 398lb-ft of torque, which powers the smaller Evoque to 62mph in 6.4 seconds, and the larger Discovery Sport in 6.6 seconds. Not bad given that both cars tip the scales at over 2000kg. In zero emissions, electric-only mode, both cars are capable of 84mph.

Located below the rear seats is a 15kWh lithium-ion battery pack which is very much up there with – and in some cases, such as with the Audi Q5, bigger than – rival manufacturer units. This gives the Evoque P300e a WLTP zero-emission range of 41 miles, and the Discovery Sport a range of 38 miles. Naturally, this is considered by Land Rover as more than enough for most people's daily driving duties.

The battery pack is even protected by a steel undertray so that in the unlikely event anybody does go off-road, they shouldn't bust the electrical gubbins in the process.

As we've come to expect with PHEVs, the WLTP emissions are extremely low and efficiency extremely high. The Evoque emits 32g/km and achieves 201.8mpg on the official test, and the Discovery Sport a similarly impressive 36g/km and 175.5mpg. Obviously these figures are near-on unachievable by most people, most of the time, but they should provide better-than-diesel real-world efficiency figures.

For home charging, both Mode 2 (plug socket) and Mode 3 (7kW AC wall box) cables are supported with the former charging overnight in 6hrs 42mins, and the latter – also applicable to on-street charging – offering 80 per cent in under 90 minutes. DC charging can be accepted at up to 32kW enabling owners to charge their P300e to 80 per cent capacity in 30 minutes.

Both cars can be controlled by Land Rover's intelligent InControl Remote smartphone app. This offers live status updates and the option of pre-conditioning the car while it's plugged in to draw on mains power, rather than the car's battery.

You can already order either car, with the Evoque P300e starting at £43,850, and the Discovery Sport P300e at £45,370. That puts them some way up the range in terms of price, but they will still fly out of the showrooms (once showrooms are open again) and no doubt become popular in suburban school runs. 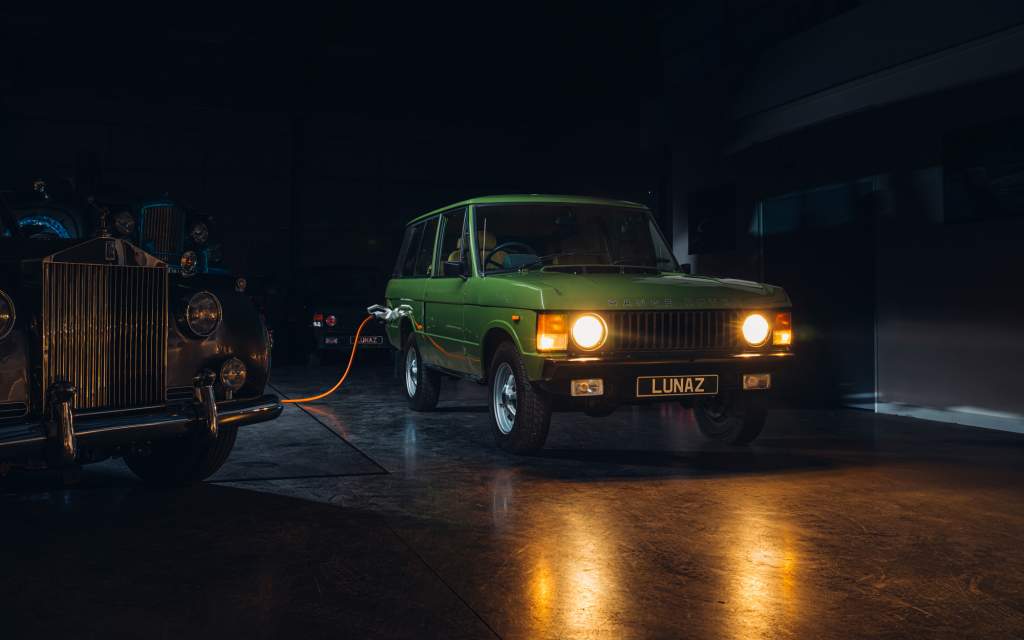