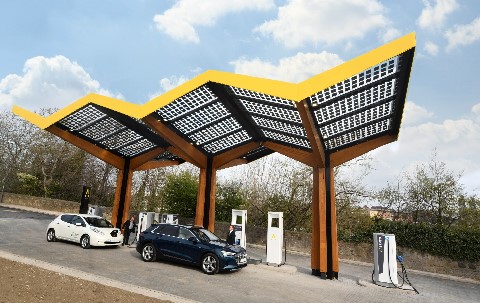 Forbes Advisor has undertaken a study to rank the best and worst cities in the UK in which to own and drive an EV. Using several key metrics to come up with a scoring system, the surprise result is that cities in the North East consistently outpace cities in the south, highlighting a reverse north-south divide.

Availability, cost, ease and the speed of charging are all massive factors for people who are thinking of making the switch to an EV. Many are evidently being persuaded that it is the way to go, with EVs beating diesel sales by a significant margin in 2021 and taking close to 12 per cent of the new car market.

Forbes decided to look into how well the UK’s 20 most populous cities are geared up for EV owners – ranking the best and worst depending on four key factors:

A win for the North East

Three of the top five cities are in the North East of the UK – results which go against previous research from a couple of years ago which put that region at a disadvantage compared to much of the rest of the country.

Sunderland topped the charts with Newcastle ranking third and Middlesbrough in fifth. The reasons behind their favourable scores were down to two major factors: plenty of rapid chargepoints per EV and per 100,000 people, as well as comparatively cheap energy. It’s worth noting that this is – in part – going to be down to fewer EVs being registered in these cities meaning greater availability. However, given the favourable number of rapid and standard chargepoints per 100,000 people, there has evidently been investment in overall infrastructure.

Other northern cities also ranked well, with Leeds and Sheffield coming fourth and sixth respectively. Perhaps unsurprisingly, Coventry – the home of the UK’s motor industry – came second and had by far and away the most standard chargepoints per 100,000 people at 127. London came seventh, scoring low on rapid charging availability. The top 10 was rounded out by Reading in eighth, Brighton in ninth and Cardiff in tenth.

Whilst most of the worst performing cities are in areas where there are socio-economic struggles, the worst performing city according to Forbes’ analysis is Portsmouth. Its main failing is in a distinct lack of rapid chargepoints, with just 0.001 per registered EV and only 2.3 per 100,000 people. Leicester doesn’t fare much better, and Liverpool is third from bottom.

The other cities rounding out the bottom of the chart are Belfast, Glasgow, Bournemouth, Edinburgh, Birmingham, Stoke-on-Trent and Manchester. In all cases, the lack of both rapid and standard speed public chargers is the main issue, with these locations in what is effectively ‘chargepoint poverty’.

These don’t come as a huge surprise, with these locations ranking poorly in a previous study we referenced back in 2019 by Uswitch. Unfortunately, it would seem like not much has changed.

In the three years we have been monitoring stories around EV infrastructure roll-out in the UK, one thing has become clear: it’s a regional lottery. As noted in the most recent Forbes study, there are pockets of positive news like that in the North East – an area of comparative depravation but which has had the relevant investment made in its future. However, the sad fact is that when it comes to the distribution of public charging around the UK, the more affluent areas, and the classic north-south divide is as prevalent as ever. Piecemeal investment by private companies chasing profitability, massive financial pressures on local councils and a lack of direction from central government are predominantly to blame.

As we noted almost three years ago, equal coverage across the country is what policy makers should be aiming for. With fuel, food and literal poverty increasing, the sad fact is that charger poverty is just another to add to the list.