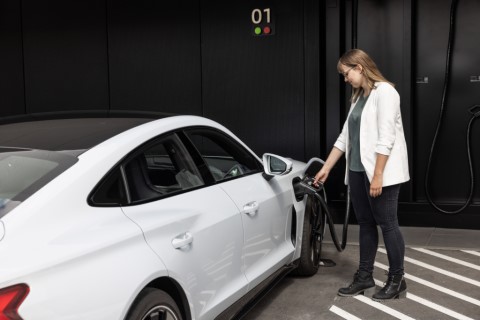 In yet another move that the industry was not forewarned about, the government has scrapped the plug-in car grant from today, June 14, 2022. Its reasoning behind dropping the £1500 grant on EVs costing less than £32,000 is to “concentrate funding on expanding the public chargepoint network”.

The government insists that it has always been clear that the grant was a temporary measure, and we knew it would come to an end in the 2022/23 fiscal year, but it has come as a surprise that they have scrapped it this early in the cycle.

Having already been slashed from £3500 just three years ago to a paltry £1500 in December last year for EVs costing £32,000 or less, the fact is that successive cuts have not dampened demand and EV sales continue to rocket – with many EVs costing far more than the £32,000 qualifying price tag. In fact in this year alone, the EV market is 71 per cent up on last year, despite all of the pressures on people’s finances.

It is telling as to whom the government’s priorities lie with that the previous change in the grant was meant to “refocus on more affordable vehicles and allow more people to benefit”, yet removing it altogether could eliminate less well off people’s ability to buy an EV.

In terms of where the £300m funding will now go, the government states that it “will be refocused towards extending plug-in grants to boost sales of plug-in taxis, motorcycles, vans and trucks and wheelchair accessible vehicles”, freeing up more money to fund the main challenge facing the EV market now – charging anxiety – by improving the public charging network.

Thankfully, all existing applications for the grant will be honoured, as will any order for an EV made within two working days of the 14th but the grant application has not yet been made by the dealership.

The impact of the PiCG

Of course, the government wants to grandstand and in a fact-bending statement, Transport Minister Trudy Harrison states that it “successfully kickstarted the electric car market”. To be clear, the government did not, but the plug-in car grant certainly helped and until today, continued to help. Around half a million EVs have been sold with the PiCG applied, making up a significant number of those currently on the road and where the successive cuts to the grant have been made, the industry has responded by dropping prices to ensure the consumer doesn’t miss out.

We don’t expect that the removal of the grant will have much – if any – tangible impact on sales as demand is huge for both new and used EVs. With fuel at almost £2 per litre, an increasing number of drivers are choosing cheap to run EVs over petrol equivalents. In fact, an online Opinion Matters poll commissioned by The Motor Ombudsman, has shown that nearly half (48 per cent) of UK car owners are concerned about having a pure petrol or diesel-powered vehicle, therefore making a switch to a battery electric car for their next purchase more likely.

Industry response to end of PiCG

In response to the Government's announcement confirming the end of the plug-in car grant, a lot of key people within the EV market certainly have something to say:

Mike Hawes, SMMT Chief Executive commented: “The decision to scrap the Plug-in Car grant sends the wrong message to motorists and to an industry which remains committed to Government’s net zero ambition. Whilst we welcome government’s continued support for new electric van, taxi and adapted vehicle buyers, we are now the only major European market to have zero upfront purchase incentives for EV car buyers yet the most ambitious plans for uptake. With the sector not yet in recovery, and all manufacturers about to be mandated to sell significantly more EVs than current demand indicates, this decision comes at the worst possible time. If we are to have any chance of hitting targets, government must use these savings and compel massive investment in the charging network, at rapid pace and at a scale beyond anything so far announced.”

“It would be difficult to underplay the significance of the plug-in car grant. When the scheme started, you could fit the annual registration of electric cars in your local car park - today we’re seeing hundreds of thousands sold in just the first half of the year. Drivers are waking up to the benefits of making the switch to an EV and we’re seeing demand soar.

It’s now over to the manufactures to meet demand with supply. Supply chain issues have led to long wait times for the latest EVs on the market. Manufacturers must do everything they can to strengthen supply at every stage to meet current and predicted demand. Without it, we’ll have more customer frustration and slower growth of the second hand market through these crucial early years of the electric decade.”

Toby Poston, Director of Corporate Affairs at the BVRLA commented: “This move has been well signposted and it is right that the Government prioritises its electric vehicle subsidies towards vans and charging infrastructure, where they are needed most.

“Although the grant was small and only a handful of electric vehicles were eligible, its withdrawal will be a symbolic moment that could damage confidence in the fragile EV market.

“Most demand for EVs is being driven by the favourable Benefit-in-Kind tax rates available to workers in company car or salary sacrifice schemes. As inflation surges and business and consumer confidence falls, Government needs to maintain these incentives if the country is to have any chance of hitting its ambitious decarbonisation targets.

“Our big concern is for the thousands of drivers that have already ordered EVs in good faith, expecting to get the benefit of the grant. The supply issues that continue to beset the automotive industry mean that many vehicle orders are being delayed or even cancelled. OZEV should review its decision to remove grant eligibility for vehicles delivered more than 12 months after an order was entered on the grant register.”

Mike Coulton, EV Consultant at Volkswagen Financial Services UK, explained that the decision is ‘hugely disappointing’ as many people need financial incentives to make the switch to electric an affordable option.

He said: “Whilst it should not come as a surprise to see the Government have brought to a close the Electric Vehicle Plug-In Car Grant (PICG), it is nonetheless hugely disappointing that more is not being done to encourage and support lower-income households in the transition to EVs.

“Maintaining or even increasing the PICG for the least expensive EVs to make them more affordable, and encourage manufacturers to produce electric cars at a lower price-point, could have been a strong incentive to help adoption for this sector of the market. This in turn would help to remove older and dirtier ICE vehicles in the same way that scrappage schemes have successfully done in the past.

“That said, the Government’s focus on further improving public charging, whilst still incentivising adoption in other areas of the vehicle market such as LCVs is to be welcomed and encouraged. We would ask that further clarity is urgently provided in key areas, such as BIK rates beyond 2025, and a realignment of the AER rates to reflect the costs of charging an EV away from home, for those who cannot make use of a cheaper overnight electricity tariff.”