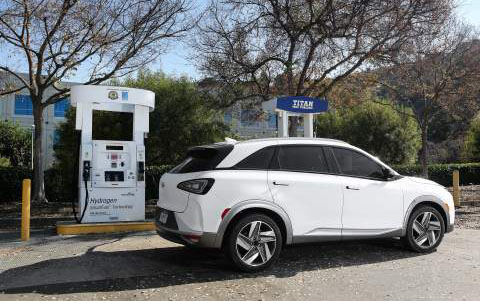 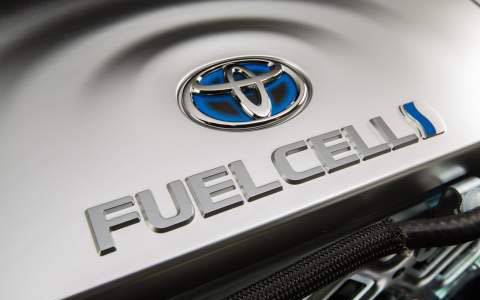 Toyota and Hyundai halt sales of its FCEVs after Norway explosion

A hydrogen filling station at the Sandvika Shopping Mall, located in a suburb of Oslo, Norway, has exploded causing two people minor injuries and leading to the temporary closure of filling stations across Scandinavia. Uno-X, which is the leading hydrogen supplier for fuel cell electric vehicles (FCEVs) in Norway, will not be reopening its filling stations until the cause of the explosion can be established.

According to reports in Norwegian media, the initial explosion went off with enough force to trigger the airbags of a nearby non-fuel cell car, requiring its two occupants to be sent to hospital. Luckily, nobody else was injured, however Norway Today noted that the E18 and E16 motorways, which intersect at the location, were closed while the resulting fire was brought under control.

Worryingly, the explosion took place at one of supplier Uno-X’s newest generation of hydrogen filling stations which, thanks to better on-site equipment, places the filling pumps closer (within 50m) to other components.

CEO of Nel Hydrogen, the parent company of Uno-X, Jon André Løkke, commented: “It is too early to speculate on the cause and what has gone wrong. Our top priority is the safe operation of the stations we have delivered. As a precaution, we have temporarily put ten other stations in standby mode in anticipation of more information.”

In the wake of the explosion, Uno-X has shut down a further ten hydrogen filling stations – many of which are in Norway – crippling the supply of the gas to FCEV owners. And while in the UK FCEVs are extremely rare, they are far more common in a country which has one of the highest uptakes of electric transportation in the world.

Toyota and Hyundai, the two major sellers of FCEVs in Norway, have reacted quickly to the incident, with both halting sales until the filling station network comes back online. Toyota is apparently offering FCEV owners free loan cars until this happens.

Despite this, Toyota has publicly reiterated its commitment to hydrogen as a safe and practical alternative to traditional fuels. Toyota Norway's Public Relations Manager, Epsen Olsen, said: “This does not change our view of hydrogen, and it is important for us to point out that hydrogen cars are at least as safe as ordinary cars. The hydrogen tanks themselves are so robust that you should be able to shoot them with a gun without igniting them.”

A setback for hydrogen?

Clearly, this is bad news in the immediate term for the reputation of hydrogen fuel cell-powered vehicles. One of the biggest hurdles manufacturers have in pursuing the development of the technology is common public opinion that associates hydrogen with chemistry experiments where a balloon of the stuff goes bang. Or worse still, the Hindenburg disaster.

In reality, when stored correctly hydrogen is no more dangerous than any other flammable substance like – for example – petrol, and in many situations is actually safer. However, whilst this accident certainly isn't a death knell for the fuel, it is certainly bad PR which will require a robust response from suppliers like Uno-X, and manufacturers like Toyota and Hyundai.