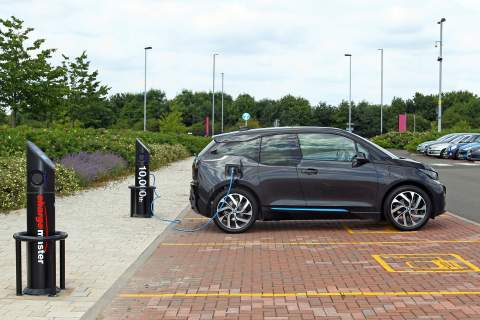 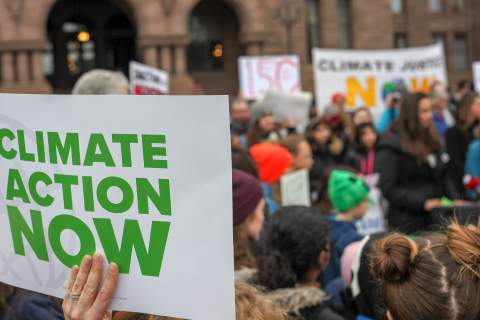 Following the prolonged protests by climate change activists Extinction Rebellion in London, the Government had no choice but to sit up and take notice. And when Environment Secretary Michael Gove declared that the situation is indeed “a crisis… an emergency… a threat” in the House of Commons on 1 May, they did exactly that – the first national parliament in the world to do so. It’s been a long time coming, yes, but better late than never.

An admission is all very well, but what does the Government actually plan to do about it in practical terms? The answer is the UK’s Committee on Climate Change which they are still in the early stages of thrashing out, but the Commons’ debate highlighted that carbon emissions remain the biggest threat to climate change.

The UK are legally bound by the Climate Change Act to reduce its emmissions by 80 per cent by 2050, although parliament are aiming for a target on 100 per cent, and since 34 per cent of the country’s CO2 emissions are produced by the transport sector, a much more robust Government backing with financial concessions for electric vehicles seems the best place to start.

Less than two years ago, the UK announced its intentions to make its transportation fully electric by 2040, banning the sale of new diesel and petrol cars by that time. But government advisers will reportedly recommend moving that deadline up, possibly as much as a decade.

While electric vehicles still cost more on average than petrol- and diesel-powered cars, the Committee believes that gap will have closed by 2025, possibly even 2024, and sees 2030 as an achievable date to ban the sale of new internal-combustion-engine cars. That’s a rethink (for the better) of ten years on the UK’s original intention to make all its transport fully electric by 2040. There is, however, the question of whether enough cobalt can be mined to produce the batteries needed for EVs, as well as whether enough charging points will be in place to cope with demand. Therefore, a more conservative date of 2035 is likely. Still, it’s heading in the right direction.

So what Government measures are already in place and how do they help Joe Public? Cars – as well as vans, motorcycles and mopeds – are categorised according to their emissions figures; those that produce less than 50g/km of CO2 and can travel at least 70 miles without any emissions at all (previously known as category 1 vehicles) can apply for a grant (up to a maximum of £3500). And there’s a fair few to choose from:

Category 2 and 3 cars are not eligible for a grant. However, you can get up to £500 (including VAT) off the cost of installing a charger at home for these cars.

The news comes off the back of the European Automobile Manufacturers’ Association (ACEA) claiming in early April that the various European governments’ projected CO2 emissions targets for the coming years will be difficult to meet.

Part of the problem lies in the lack of charging infrastructure for electric cars as stated. Just over two per cent of the cars bought in 2018 were electric models, and without plentiful charging points, the public simply aren’t going to be convinced to go electric. There are approximately 16,500 electric vehicle charging points in the UK (around 150,000 in Europe as a whole), and it’s estimated more like 100,000 will be needed to accommodate the expected one million electric vehicles on Britain’s roads by 2020.

According to Erik Jonnaert, Secretary General of the ACEA, car manufacturers are doing their bit, it’s the governments that must pull up their socks and invest: “All auto manufacturers continue to invest strongly in their portfolios of alternatively-powered cars, most notably electric ones. However, the reality is that consumers are not rushing to buy these vehicles in large numbers. We urge national governments and EU policy makers to make the much-needed infrastructure investments so that sales of electrically-chargeable cars can really take off in Europe.”

Perhaps it is lobbying groups such as the ACEA together with the Extinction Rebellion protests that have forced the Government into action – let’s just hope their goals are realistic and it makes a positive impact in reducing carbon emissions.