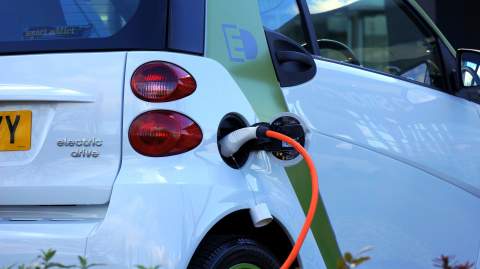 The UK has enshrined into law the goal of completely phasing out net greenhouse gas emissions by 2050, a move which comes shortly after the release of a report by the Committee on Climate Change (CCC). Net Zero – the UK's contribution to stopping global warming called for a target of net zero greenhouse emissions to be adopted, with the introduction of electric cars and development of other low-carbon transport to be accelerated.

Ten years since the Climate Change Act was signed into law, the aim for net zero greenhouse emissions by the middle of the century will also deliver on the commitment made when the UK signed the Paris Agreement in 2015. The move by the UK Government follows Scotland, whose devolved government already accepted the challenge and plans to legislate on the 2045 target.  Wales has lower opportunities than the UK as a whole (partly due to heavy industry) and could potentially achieve a 95 per cent reduction by 2050.

This move puts the UK at the global forefront of moving towards a zero carbon future – a move welcomed by MPs in the commons. Prime Minister, Theresa May, said: “We have made huge progress in growing our economy and the jobs market while slashing emissions. Now is the time to go further and faster to safeguard the environment for our children. We must lead the world to a cleaner, greener form of growth.”

Cars, vans and HGVs (including buses) are the most significant polluters in the 'surface transport' sector identified in the report, with 23 per cent of total UK emissions coming from them predominantly made up of CO2. Cars account for 14 per cent of the share.

As we well know, cars and vans are by far the easiest and most cost-effective vehicles to replace with EV variants, and the ambitious aim in Government Policy is 100 per cent of new car sales to be electric by 2040. HGVs and buses are far less suited to battery-powered EV status, with hydrogen power being seen as a viable alternative in this area (with Hyundai pushing development of hydrogen fuel cell power).

The Committee on Climate Change notes that in current projections, EVs will represent a cost saving for consumers compared to petrol or diesel variants, before 2030, and thus it might be desirable to bring forward the date of 100 per cent sales of electric cars and vans to then. The caveat is, of course, the development of infrastructure to support this goal, but also the ability of car manufacturers to build the volume required.

Perhaps a more wishful thinking way of reducing transport's emissions is through encouraging the use of both cycling and walking as everyday means of getting around. This might require a re-wiring of the average person's mind set.

Can this change be delivered?

In a word, yes – and it's why the government has already moved to put it into law. The Committee on Climate Change report was in-part a feasibility study so everything set out within it can be done if all of the myriad pieces fall into place. Happily, the report reaches some encouraging conclusions in that the foundations are in place across the UK; if policy-makers move fast (which they seem to be), the dream of net zero can be met and the overall costs of achieving net zero are manageable if shared properly and fairly.

Lord Deben, Chairman of the Committee on Climate Change, said: “We can all see that the climate is changing and it needs a serious response. The great news is that it is not only possible for the UK to play its full part – we explain how in our new report – but it can be done within the cost envelope that Parliament has already accepted.”

The report can be read over on the Committee of Climate Change's website and is well worth a browse, certainly with regards transportation. It goes into immense detail and puts forward a variety of potential future scenarios and how they could be delivered.

What is apparent in all of them, however, is the requirement that now the commitment has been made, government needs to move rapidly to not only achieve net zero by 2050, but also enable the UK to lead the way in limiting the impact of climate change while putting it at the forefront of delivering a truly EV transport network.