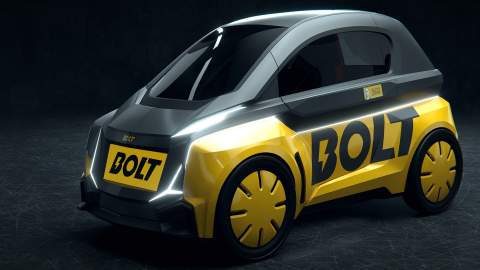 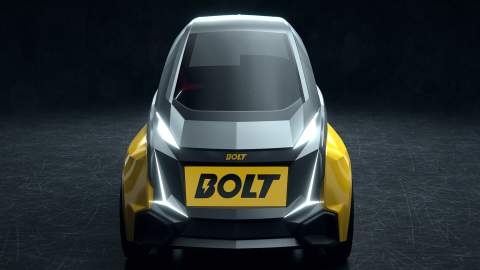 If you were an e-mobility company named Bolt, it would be a pretty good coup to be backed by the fastest man who ever lived who just so happens to be called Bolt too. And so it is that Jamaican sprinter Usain unveiled the firm’s two-seater all-electric car, dubbed the Bolt Nano, at the Viva Technology conference in Paris.

Bolt initially launched a range of micro-scooters for trips of up to two miles, but it has now introduced a car to its range, designed for short, inner-city journeys of between two and 15 miles. But apart from sharing the same name, why did Usain Bolt lend his backing to this e-mobility company? As an elite athlete who has travelled the world, the retired sprinter said he'd encountered so much traffic and that he believed that Bolt’s solution would be something cool that solved the practical problems currently encountered. But of course, when we’re stuck in a jam, traffic is a cause that’s close to all our hearts…

As well as being a car for sole ownership, the Nano has been created for ride-sharing to take on the likes of Zipcar, so you can use the car and park it whenever and wherever you want. Nothing particularly new there, then. But it’s the fact that this electric micro-car is the first in the world to use swappable batteries that really sets it apart. While many e-scooter systems rely on staff collecting them in vans and taking them to be charged, the intention is that the Bolt's swappable batteries can be replaced by staff wherever they are parked. Clever. There will also be charging stations that users can dock the cars at.

In terms of design, the Nano is similar to that of the Renault Twizy – that is, it’s designed for two passengers that sit in front and behind each other, with room for bags. It’s small enough to fit through a door and four of these cars can fit in a single regular-sized parking space. There are, however, no technical specs, such as range or speed, for the Nano, which gives the impression that the finished article is still a little way off. But despite that, Bolt (the company, not the man) claims that deliveries will begin in late 2020, with orders already being taken.

The Nano will be available to buy for $9,999 (£7,847), with Bolt asking for a $999 (£784) deposit to reserve one. There’s no official word on whether the Nano will be available to the UK market, but there’s absolutely no reason why you couldn’t buy one (and pay the import tax, of course) and drive it on UK roads. But with so few details on power and charge times available right now, it would be wise to wait for a few more of these gaps to be filled in before considering it as an option.

How can 3D printing support increased adoption of EVs?