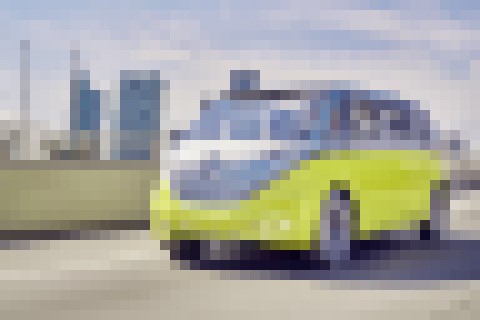 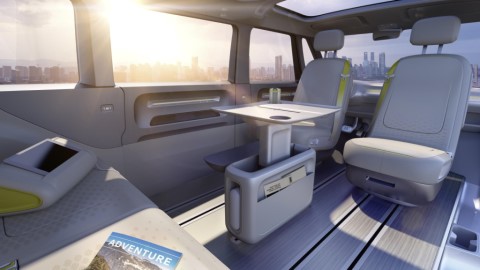 Volkswagen will build its first electric camper van. Based broadly on the ID. Buzz, launched as a concept two years ago and based on the firm’s MEB platform, the ID. California takes VW’s iconic camper name and electrifies it for the modern electric age.

Volkswagen snuck the news out in a press release about its commercial vehicle plant in Hannover, stating: “VW Commercial Vehicles (VWCV) will now be starting the development of a further California family member for the second half of this decade.”

Dr Carsten Intra, Chairman of VWCV, said: “The ID. California based on the ID. Buzz will combine the ongoing trend towards mobile leisure arrangement with sustainable CO2-neutral mobility, made by VWCV!”

Based on the ID. Buzz

Basing the ID. California on the ID. Buzz follows the tradition of Volkswagen using its Transporter MPV/commercial vehicle as a basis for the California camper. The ID. Buzz itself is set to be a next-generation MPV, utilising the MEB platform for its flexibility and potential for space.

At present, we know that the VW ID. Buzz is set to receive the 201bhp rear-mounted motor powertrain which can be found in fellow ID. passenger car models. We can surmise that the ID. California will receive the same powertrain. What’s more, with the Buzz gaining a very large battery of over 110kWh in its ultimate proposed form, enabling a range of over 340 miles, the California will almost certainly benefit similarly.

Current internal combustion-powered VW California models are well appointed inside with everything you need for touring and nothing you don’t. Typically buyers will get a cabin featuring a kitchenette with two-ring hob, a sink, fridge, plenty of cupboard space and a fold-out table. Front seats swivel to face rearwards where a folding bench seat can be transformed into a decently sized double bed.

Depending on how deep a buyer’s pockets are, a flush-fit, electronic lifting roof not only adds a useful amount of standing room, but also creates space for two more people to sleep. Webasto heaters ensure the cabin can be kept toasty. The only thing you could consider lacking is toilet facilities.

With the ID. California, we suspect that all of the above will be maintained, but brought firmly into the 21st century in terms of design and functionality – especially when combined with the flexibility of space offered by the flat floored MEB platform. Air conditioning and heating powered by the battery will likely deal with climate control, whilst we would expect connectivity and on-board WiFi to feature – based on the tech available in other ID. models.

All of these features add weight and many sap energy, so we’d expect the final version of the ID. California to have a range well below that of the ID. Buzz. However, 110kWh should still provide more than 250 miles of range.

As stated in the press release, the ID. California is destined ‘for the second half of this decade’. As such, we’d expect concepts to be revealed any time from now on and sales to begin in early 2025.