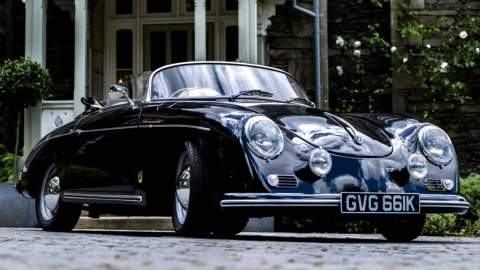 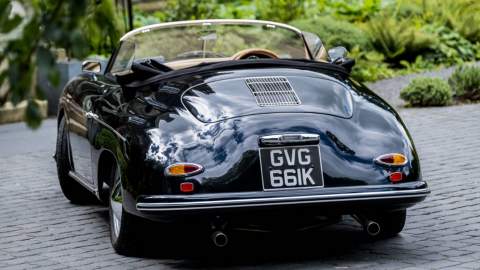 Westfield and Chesil team up to create electric 356 Speedster reproduction

Stripped-back kit and pre-built sportscar specialist, Westfield, has purchased world-renowned Porsche replica producer, Chesil Speedsters. This has come after months of the two brands working together on creating the E Speedster – a pure electric version of Chesil's renowned 356 reproductions – which made its debut at the Silverstone Classic weekend.

Since 1983, Westfield has almost exclusively made Lotus Seven-inspired sportscars sold either ready-built or in kit form. Similarly, since 1991 Chesil has been producing replicas of the Porsche 356 Speedster which have become renowned the world over for their faithfulness to the original – including the continued use of the VW Beetle's air-cooled engine.

The acquisition-come-partnership and resulting E Speedster is aimed at future-proofing both brands. Chesil will retain a fair degree of autonomy under the Westfield umbrella, but will benefit from Westfield's fibreglass expertise and comparatively large clout in terms of both brand reach and R&D.

CEO of Westfield, Julian Turner, said; “We are really excited to have the Speedster under the Westfield Brand. We see the continued global growth of the Westfield collection providing a bespoke car to meet the individual needs of our customers.”

On the face of it, neither Westfield or Chesil are known for their expertise in EVs, however Westfield has form in this area and has been beavering away behind the scenes. For example, it builds and sells autonomous, electric transportation 'pods' which, among other places, are used at Heathrow to transport people between terminals. Whilst the E Speedster won't be based on one of these, it demonstrates Westfield's readiness for the project.

One of the most exciting things about the E Speedster is that it is set to become the first fully-electric for the DIY car builder, with all of the various certifications required for this market. Obviously, a flood of similar such cars aren't exactly going to follow, but it paves the way for Westfield's Seven-based cars to go electric and sets a precedent for the likes of Caterham, Ultima and Dax to follow suit.

Unfortunately we don't have any information on the powerplant that will motivate the Chesil E Speedster, but we won't have to wait long to find out as the first media drives will be happening in September. Watch this space…