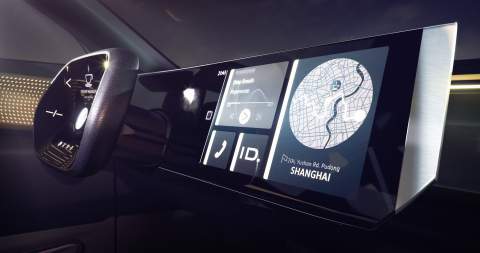 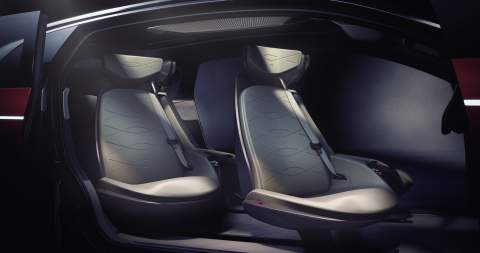 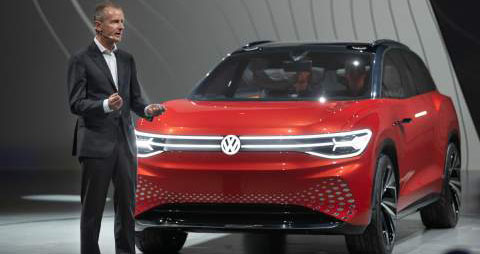 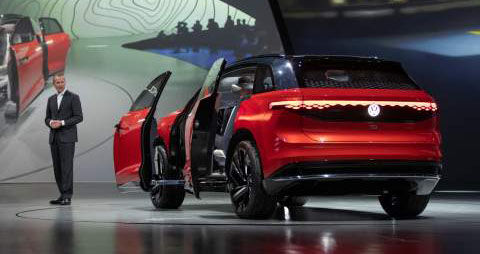 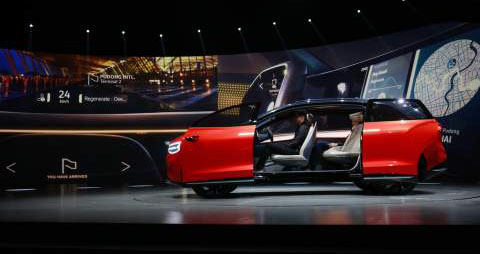 World premiere of the ID. ROOMZZ from Volkswagen

Volkswagen is planning an extensive model offensive in China with the launch of eight SUVs, as the country plays a key role in the brand’s e-mobility sector with its intensified roll-out of new energy models. As part of the announcement at Auto Shanghai it celebrated its world premiere: the ID. ROOMZZ, that will be on China’s roads in 2021. The MEB vehicle architecture, with the battery pack in the vehicle floor means it has an abundant interior space, allowing for various seating configurations.

Also unique to the ID. ROOMZZ is the use of its future IQ.DRIVE systems so when in ID. Pilot mode it can drive autonomously through traffic without an active driver. And when the driver switches to fully automatic driving mode, the individual seats can be rotated inward by 25 degrees to enable a more communicative, lounge-like atmosphere, transforming motoring as we know it.

Rather than a conventional dash panel, it has a digital cockpit which consists of a full glass-front panel. The digitalised steering wheel has been conceptually integrated into the panel, but appears to look as if it is floating. It also utilises renewable raw materials and a CleanAir system which uses an active filter system to ensure that the air in the vehicle interior remains clean even if the ambient air isn’t.

With its 82kWh battery, the ID. ROOMZZ boasts a range of up to 280 miles on the WLTP cycle, and the concept mid-size SUV, can be recharged to 80 per cent of its capacity via a fast charging 150kW (DC) system. Two electric motors can continuously drive both axles with a system output of 306hp propelling it from zero to 62mph in 6.6 seconds before going on to reach a top speed of 112mph.

China will play a key role in the Volkswagen group’s global transformation and its accompanying decarbonisation program. Thus, this year will see an intensified roll-out of 14 NEV models in China, with the first two models based on the aforementioned MEB platform launching next year.

Volkswagen Group China aims to produce 11.6 million BEVs in China by 2028, more than half the group’s global objective of 22 million. To speed up its e-offensive, it will also launch a new joint venture in charging infrastructure.

In addition, the JAC Volkswagen joint venture is jointly working on its own e-car platform together with SEAT for the production of smaller NEVs.