First of all let’s be clear, I am six foot two inches tall, I live in the middle of nowhere and we are a family of 5. So I’m probably as far from Mercedes’ target market for the smart EQ ForFour as one could get.

The EQ ForFour is very much a city/town car and if we based the review solely on being in that environment, its lack of fast charging aside (more on that later), the car would have no doubt scored higher.

However, I’m told city folk do venture out to the country, or at least more rural areas of the city, so it cannot be reviewed just on urban streets. It still needs to work as a car, and to that end, we gave it the full treatment from winding country roads to jammed-packed towns. 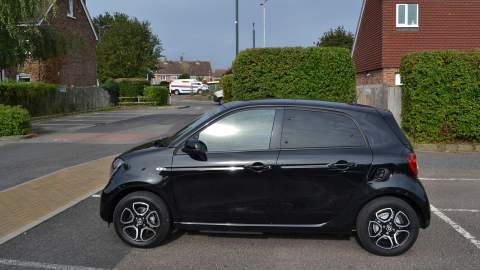 In town the ForFour is just about perfect. I found myself slipping through gaps I just couldn’t have done in anything else. It felt almost bike-like in what I could do. Parking was equally a cinch. I work on a small busy side street, where cars are coming and going frequently leaving irritatingly small spaces, and trying to park my daily can sometimes take three of four goes round the block. However in the week we had the Smart car I always managed to park outside our office by making use of what I deemed otherwise useless gaps.

The Smart has another trick up its sleeve, which in itself is another nod toward its intended use of city driving. This is its radar guided regenerative breaking. When there is nothing in front of you, lifting off allows the car to free wheel, but as you start to approach a car in front the Smart starts to progressively apply the regen automatically allowing for a much more pleasant drive. Many EVs have overly aggressive regenerative braking systems which mean you always have the accelerator pressed slightly unless you are actively want to slow down. This overtime can get slightly uncomfortable especially when cruising or in traffic.

Once out of town however, the Smart doesn’t fair quite so well. On the motorway it is really noisy, to the point where the hands-free becomes unusable as the person on the other end of the line just can’t hear you. On the B roads the steering needs a disconcerting amount of lock to make it steer. Where as in other cars the movement necessary to go round corners at higher speeds normally feels minimal, in the ForFour it actually feels like you have to apply too much lock to get round a corner, like you would for instance in a car park.

Pushing on and the Smart tends to understeer, but even with its very short wheelbase it doesn’t ever really get out of shape, certainly at any kind of speed that you’d want to be in it driving. I make this point as in all situations other than in town you really feel somewhat exposed, like your legs are hanging out the front of the car and that there is little to defend you in the event of a front impact. With only a four-star NCAP rating and a 78 per cent/77 per cent adult/child rating, you’d not want to test this. 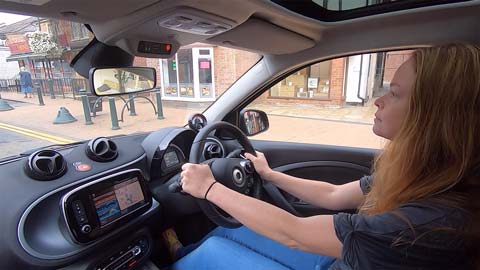 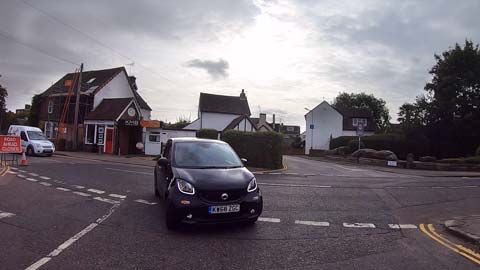 There is no getting away from it; the smart EQ ForFour has a poor range. For those that truly use this in a town or city 68 miles is probably enough and for infrequent drivers this could mean only plugging it in weekly or even less.

For anyone else though, especially if used as a daily, it will need charging every night, not a problem if you have a driveway or off-road parking with power, but with this being a town/city car I can’t imagine many people will have this which means a trip to a charger.

And herein lies the problem with the EQ, it has no fast charging capability. The smart EQ is equipped with a single type 2 port which using a 7kW charger will take two and a half hours. Bearing in mind some public chargers will charge you a great deal extra if you use it longer than an hour this is the biggest problem we see for the ForFour.

There is however the option of a 22kW charger on board which will enable an 80 per cent charge in 40 minutes but these are less common on type 2 connections. 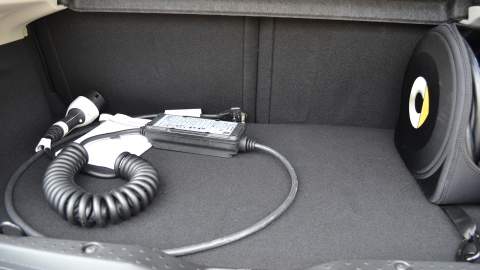 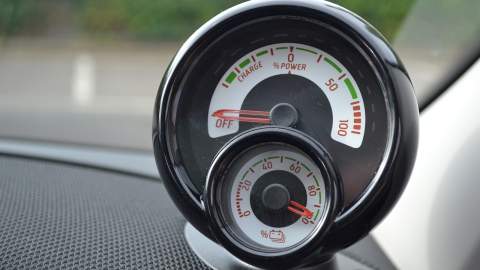 The smart is possibly a bit of a Marmite car in terms of its design. We think it’s kind of… well smart! Certainly in black with blue highlights it’s quite striking for a compact car and certainly more handsome than most other cars in its class.

Inside the materials are adequate, they neither feel over cheap but also do not take anything from Mercedes’ interiors. The controls inside are well laid out and the retro heating controls are a nice touch. 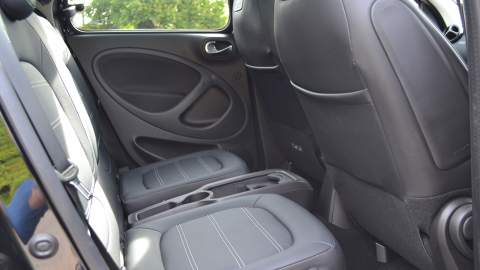 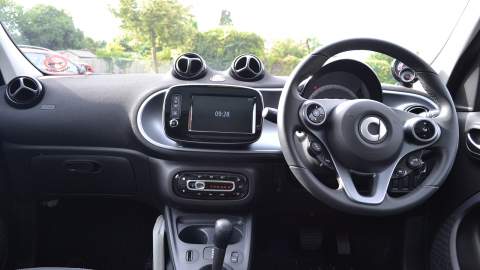 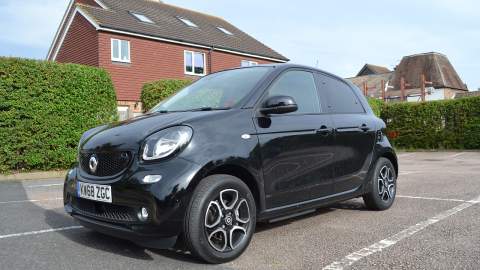 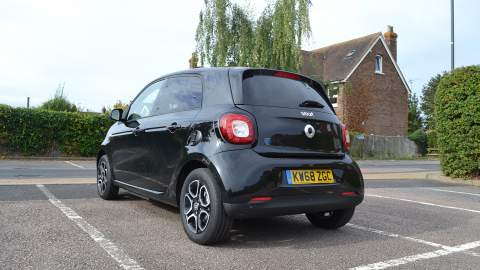 The smart EQ is a compact car. Anyone six foot and above will struggle somewhat, especially if they expect to take passengers in the seats behind them. The entertainment system and sat nav is well done and certainly better than some of the Korean or Japanese offerings and a good size in a small car at 7 inches. There is also an EQ Control app that enables you to remotely monitor your ForFour's charging rate and level, download information about your driving efficiency and operate the climate control in advance, which is quite handy.

The Smart is also far from impractical in a compact car kind of way. At first glance the rear seats look to be an afterthought as you can see where they have been bolted to the floor and can easily lose things under the gaping holes under the seat, however at a second look you notice they’ve been installed like so they can fold forward out the way and improve the boot space.

This is much needed as with the seats up you only get 185 litres. With them down you get 975 litres. To put that in perspective a Golf with its rear seats flat only gives a 25 per cent more at 1270 litres, although it has over twice as much with the seats in situ at 380 litres. 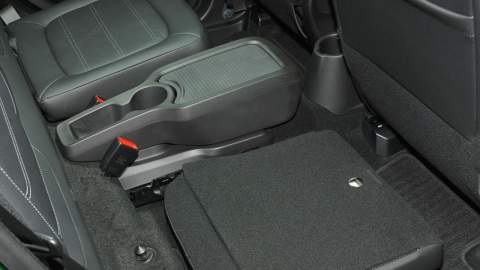 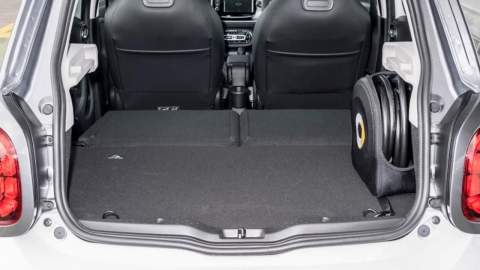 Having used the car to commute 40 miles a day and also for dropping off kids and doing shopping runs, for us living in the country it’s about as small a range (and car) as we could get away with, but in the Mercedes defence, it was enough… just.

Whilst the smart EQ ForFour has a lot going for it in urban areas, we find its lack of fast charging a little counter intuitive. Aimed at city dwellers less than likely to be able to charge their car at their home, spending two and a half hours on a 7kW public charger is less than practical. Clearly this will be less of an issue as more 22kW chargers become available along with on street charging, but for now we think the lack of fast charging could be an issue for some.

All this said and its limitations aside, it is great looking, nippy around town and comes with a good amount of kit as standard. It feels fun to drive and for some it will be a desirable EV nonetheless. 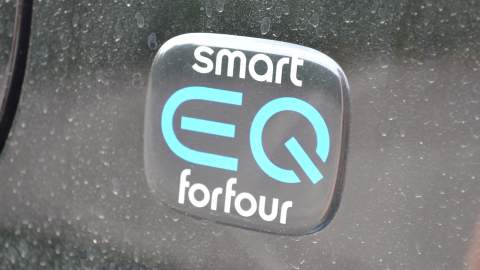 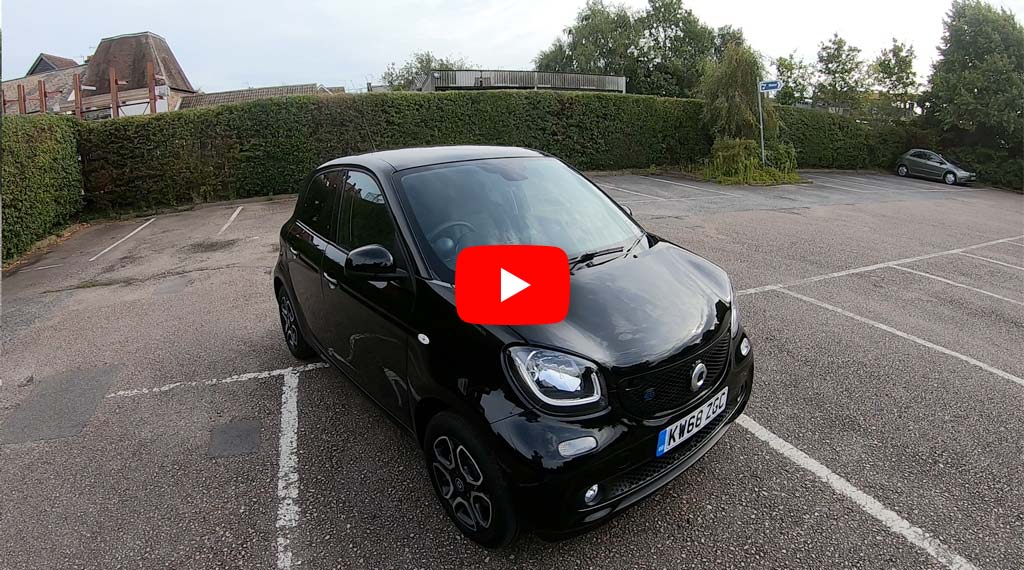 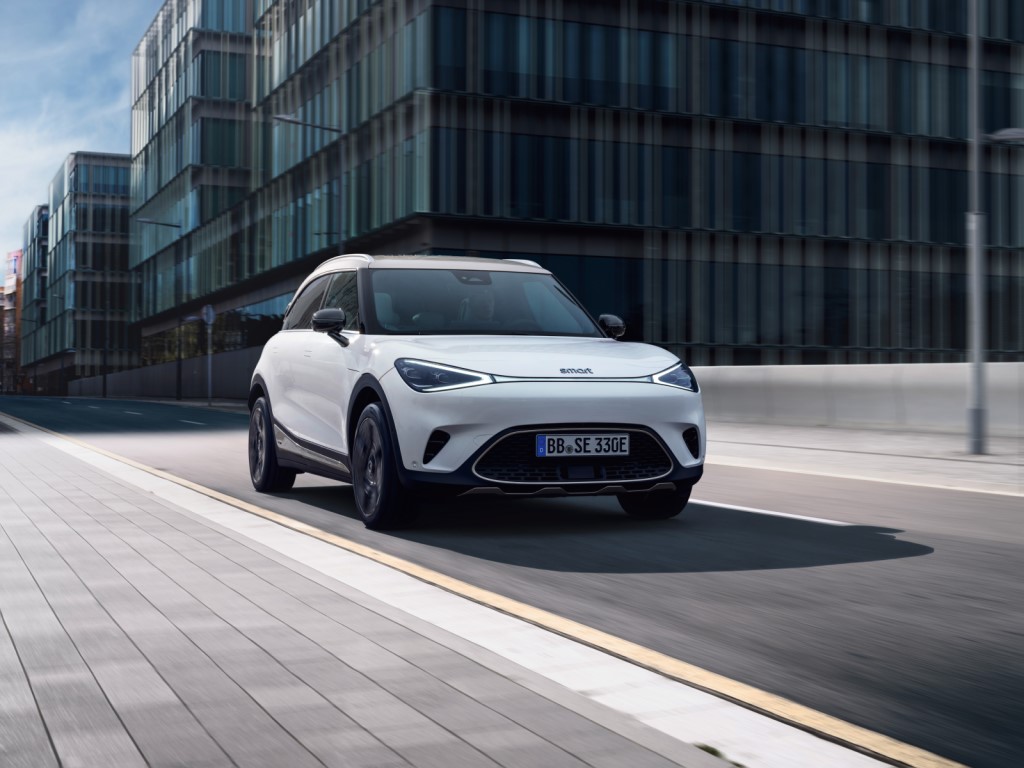