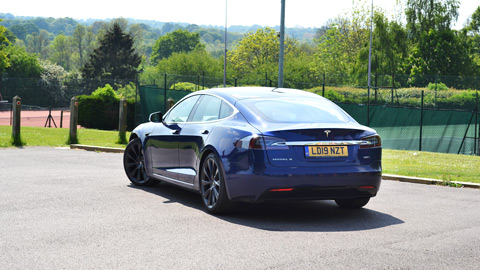 The Tesla Model S has been updated for 2019 with longer range, faster charging capability and better dynamics but how does it stack up against the original and will its flagship sail on for another five years?

The Tesla Model S was the first fully electric executive saloon to be sold in Britain when it arrived in June 2014, and I distinctly remember driving one at a media test driving event hosted by the SMMT (Society of Motor Manufacturers and Traders Test Day) less than a year later. By this point, its maker, technology entrepreneur Elon Musk didn’t quite have the recognition he has today in terms of revolutionising transportation, even so it wasn’t hard to see that this was a vehicle that ripped up the rule book and started again.

From the tablet-like touchscreen that dominated the centre console and controlled most of the car's functions, to the door handles that extended automatically as you approached with the key, and 265 miles of range, it seemed the world’s most convincing electric car. And while the clean design and technology impressed, the performance was perhaps the biggest surprise with a zero to 62mph time of 4.2 seconds, which was quicker than the BMW M5 at the time.

Okay so the £85,000 price tag was less appealing, and it didn’t have the finish, quality and character of the Munich mile muncher but this wasn’t from an almost century old automobile manufacturer, Tesla didn’t wasn’t founded until 2003, releasing its first car – the electric Roadster in 2008. All things considered it was a game changer and things have only improved over time as we discovered when we had a 2019 Model S Long Range on test. 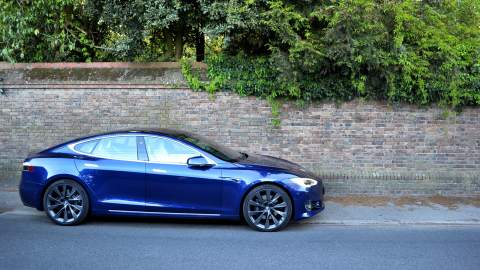 For 2019, Tesla has simplified the Model S line-up; dropping the 75D, 100D and P100D in favour of just Long Range and Performance (the Model 3 also gets a Standard option). Aside from a more efficient motor, the round of updates announced in April also included faster charging capability and new adaptive suspension that like many rival systems, the configuration is predictive, so it can anticipate surface conditions and adjust itself accordingly.

Tesla claims the revised set-up makes the Model S more agile on twisty roads, yet more comfortable on the motorway, and you can definitely notice those improvements compared to the example we drove all those years ago. The ride is pretty smooth given our car was spec’d with 19 inch wheels but it still errs on the side of firm – that said the adjustable shock absorbers do help smooth things out when you select a different driving mode (such as Normal or Comfort as opposed to Sport). While the car is nice to drive generally, it lacks the car-to-driver connection that the Jaguar I-PACE provides. Is specifically designed to accept over the air software updates so further improvements could be expected in the future.

While we were astounded by the sheer pace of the Model S over four years ago, we were to be in with a bigger shock. The Long Range deploys 0-62 in a frankly bonkers 3.7 seconds, and if you opt for the Performance variant it will do it in 3 seconds flat. With a price tag of £91,800 it will cost you an additional £14,600 mind! Oh, then there is the Ludicrous Performance version which pairs a rear motor with a high efficiency front motor to achieve acceleration from zero to 60 miles per hour in 2.4 seconds.

Lastly, the regenerative braking can be set to different levels – and at its strongest you can almost drive the car without using the brake pedal, only necessitating the left pedal when you’re coming to a complete halt. 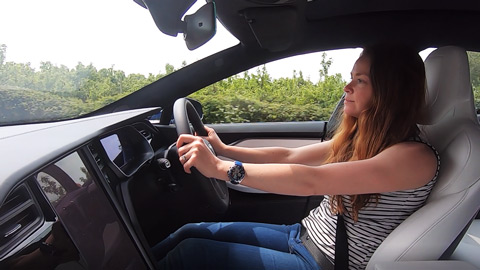 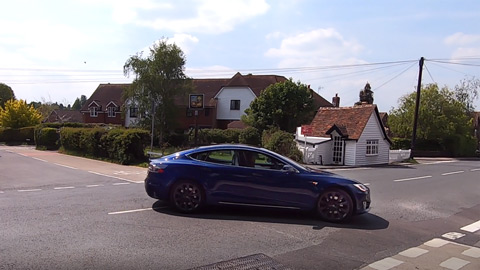 As mentioned the revised Model S Long Range also boasts a longer range, which has now grown to an impressive 375 miles (the highest range electric car on sale today) and faster charge times with an 80 per cent battery top-up 50 per cent quicker than before. This means it takes fewer than 40 minutes to add 260 miles. Charging at home using a 16.5KW wall connector you’ll get around 43 to 48 miles per hour, which is more than adequate.

During our four days with the car there was no time when range anxiety was a thing. Even when we arrived at the Supercharger with around 10 per cent of range we weren’t concerned because that’s still over 30 miles of range – how often do you have roughly the same amount of fuel in your car before stopping? Have you never played the petrol game?

Better still the electricity will cost less than fuel, using theNextgreencar.com’s fuel cost calculator a Model S will cost you 7.3 per mile while a BMW M5 would be 30.7p. Furthermore business users have zero Benefit-in-Kind tax to pay as from next year, plus owners can also benefit from reduced parking and road toll charges. According to research from Cap HPI electric vehicles cost an average 23 per cent less to service and maintain over three years/60,000 miles than petrol models. What it doesn’t factor in perhaps is insurance, and the Tesla Model S is group 50, the same as a Bentley Continental GT nonetheless, so shop around – and perhaps go to specialist brokers.

QUICK TIP: For information on everything supercharging go to: https://www.tesla.com/en_GB/support/supercharging#v3 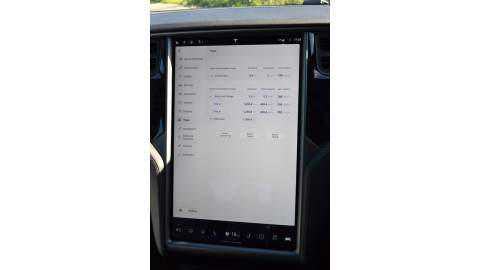 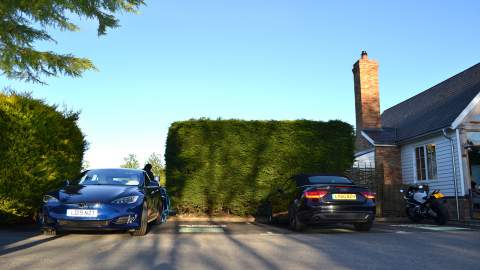 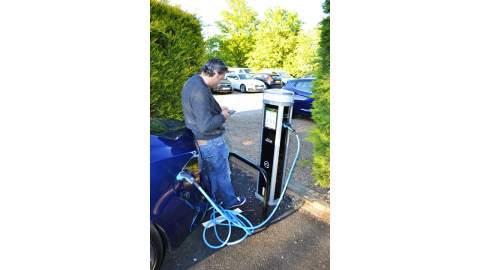 With its low-slung stance, wide haunches and sweeping roofline it’s fairly sporty looking for a saloon. However, there’s no denying that is has been left largely unchanged since it was first launched (and this is also true for the interior). While it's still a pretty car it would benefit from a refresh, however, Elon Musk has confirmed in recent tweets that the design will not be overhauled. 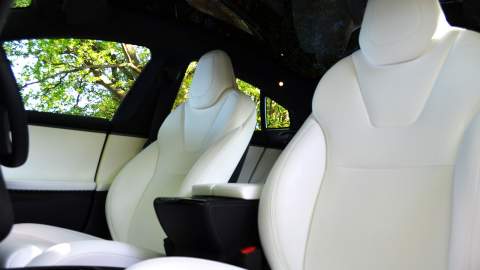 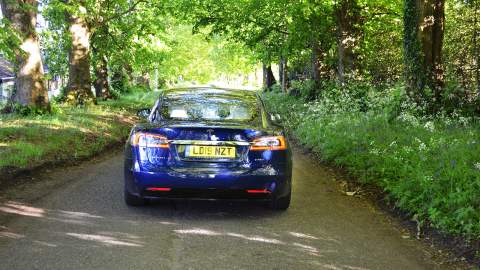 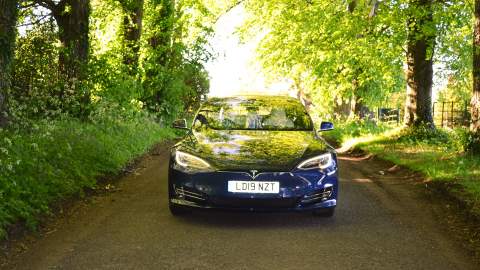 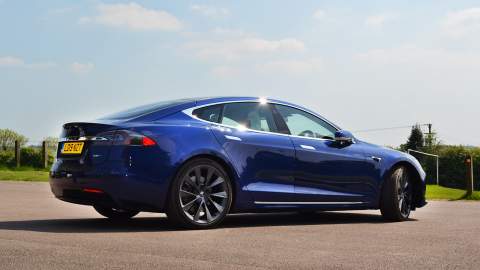 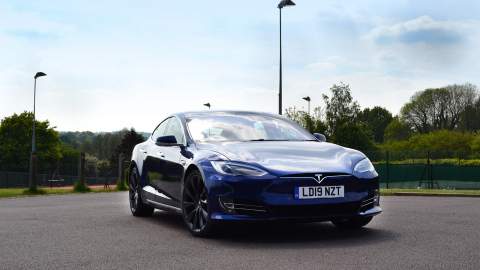 Inside, it retains the same 17 inch touchscreen with iPad-like functionality to control most of the car's functions  plus internet connectivity with access to Google Maps and radio, while the digital instrument cluster show speed, efficiency and trip info. To say it’s in a league of its own is not an understatement – quick to respond and easy to navigate. The rest of the cabin is minimal and upmarket, but some plastics are a little cheap – quality isn’t of the same grade as cars of a similar price bracket.

The upgraded Autopilot also remains one of the best semi-autonomous driving systems around, and offers features you’d be charged for on an equivalent premium German car, including the ability to steer, accelerate and brake automatically for other vehicles and pedestrians within its lane. For an additional £5800 you get what Tesla calls ‘Full Self-Driving Capability’, which allows you to change lanes when you hit the indicator stalk (once it spots a safe gap in the traffic), autopark (both parallel and perpendicular spaces) and summon your parked car. It’s a worthwhile option if you do a lot of motorway miles.

There’s also a front and rear boot, and 60/40 folding rear seats with 894 litres of storage, plus a large well under the boot floor, which you can fill with the optional two rear-facing fold-out kids’ seats, turning the Model S into a seven-seater of sorts. Storage throughout the interior is good, with a huge central storage bin between the front seats and a decent-sized glovebox. 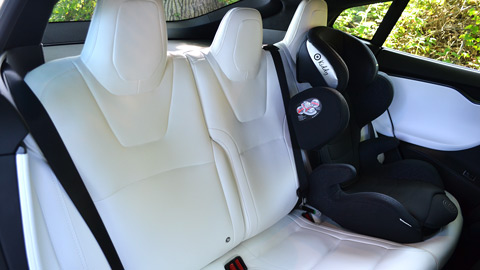 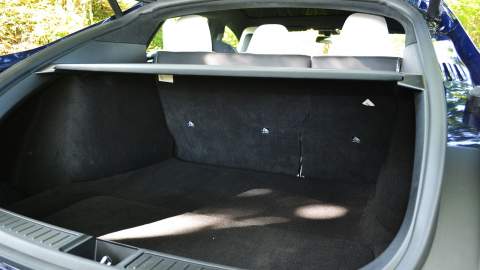 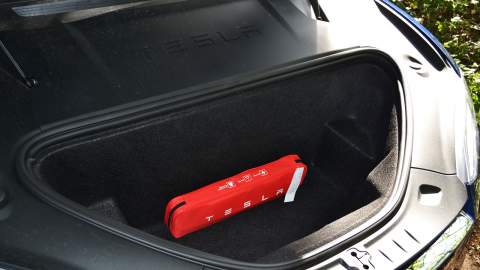 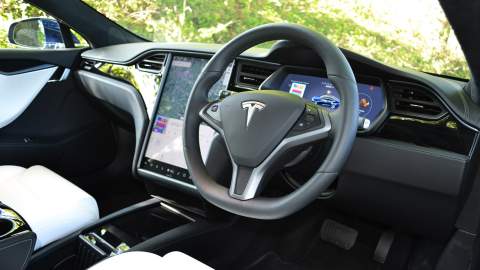 So while the latest Model S is very similar in some fundamental ways to the car that was launched five years ago, in many ways it’s so much better. Greater range and charging ability, improved comfort and sharper dynamics than before, it is a very accomplished electric car indeed, especially when you consider that in EV years,  half a decade is a lot in terms of advances in battery technology.

Furthermore, Tesla has recently announced a Model S with a 3-motor ‘Plaid powertrain which will seat 7 (with larger rear-facing jump seats) due to be released October/November next year, which was being tested at the Nürburgring racetrack. A veteran German motoring magazine has reportedly said it’s already crushed Porsche Taycan’s time and the company has been rumoured to have some time slots to attempt record times later this month.

While it may go on to be the highest-performing EV, prices are not likely to come down, and if you’re looking to make the shift to zero emissions today, £77,200 for a base Long Range model is not within most people’s reach. Its stiffest competition now comes from its smaller sibling the Model 3 which offers much of what the S does but for more than 30 grand less when you opt for the Long Range. And if you don’t think you’ll need more than 254 miles (and with a charge time of about 30 minutes from one Tesla Superchargers, why would you?) you’ll save a further £8500 by opting for the Standard version.

Even for those with a fat wallet mainstream and better-established luxury car makers are now catching up with long-range desirable EVs and for all its focus on autonomous technology and over-the-air updates, will Tesla's build quality and chassis fall short of expectations? Time will tell and we for one can’t wait to see how the Porsche's Taycan compares. 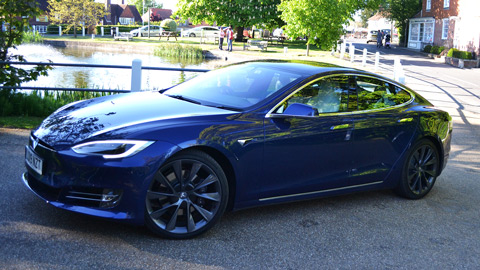 Tesla unveils updates for the Model 3, Model S and... 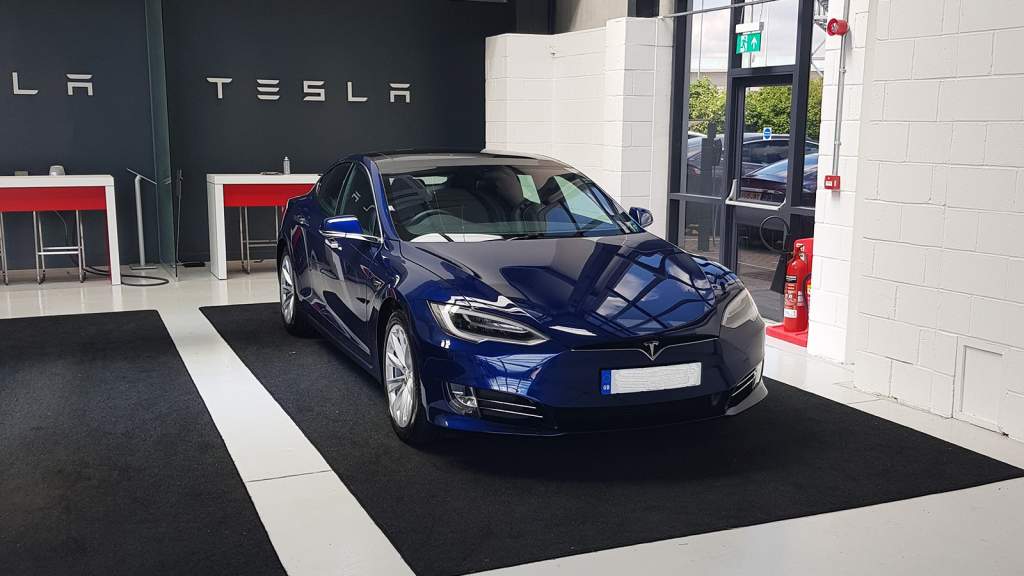 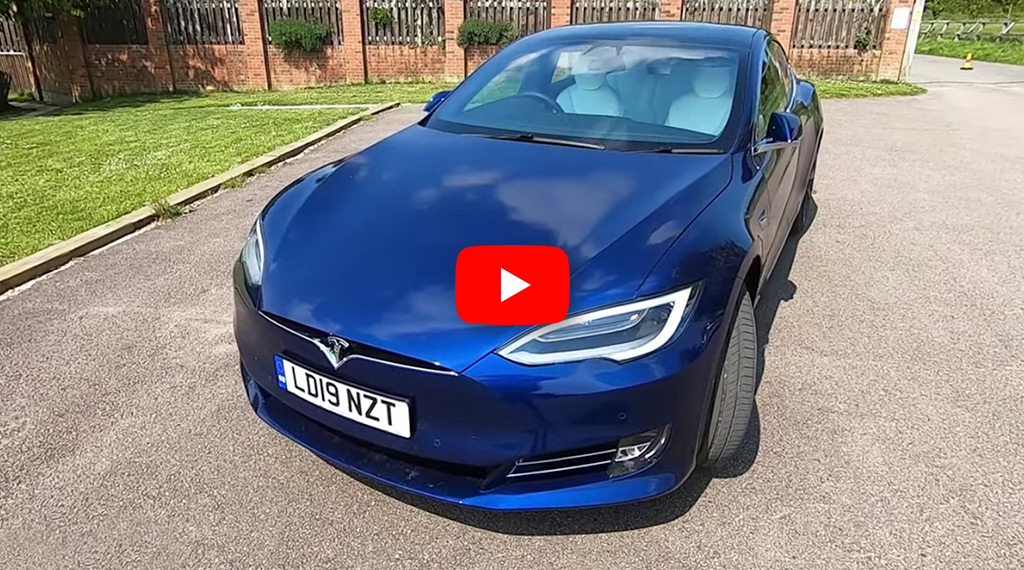