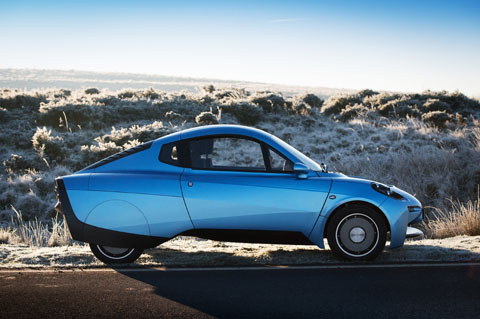 Is this really the future?

With electric vehicles growing in popularity, will hydrogen fuel cell vehicles be left behind or will they be the future of motoring?

In 1839, Welsh lawyer turned scientist Sir William Grove discovered the principle of producing electricity from an electro-chemical reaction between hydrogen and air. He called it the ‘gas battery’, what we now know as the fuel cell.

Today, hydrogen fuel cell technology is an area of the automotive industry that is becoming increasingly popular as more manufacturers commit to building alternatively fuelled vehicles. Like electric cars, hydrogen powered fuel cell electric vehicles (FCEVs) are classed as ultra low emission vehicles (ULEVs) since the only substance to come out of the exhaust is water.

With no emissions then, range anxiety or waiting around to refuel it, is hydrogen the fuel of the future? Here is everything you might want to know. 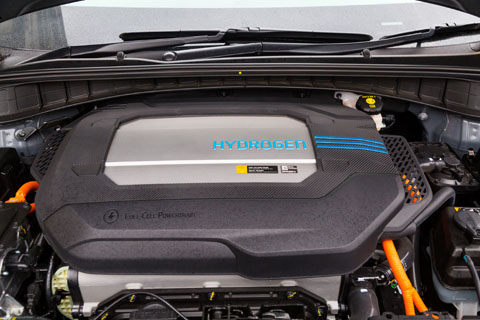 How does a fuel cell vehicle work?

A fuel cell produces an electro-chemical reaction, because it involves two chemicals: hydrogen from the fuel tank and oxygen from the air, which joins and produces electricity during the reaction. A fuel cell is similar to a battery in that it has a positively charged anode and a negatively charged cathode that are put in contact with an electrolyte – in most cases a PEM (Proton Exchange Membrane) sandwiched between the two terminals.

Unlike a battery, a fuel cell only converts energy (hydrogen to electricity), and as it doesn't create a huge amount of electricity by itself (typically a few volts), a number of cells are combined into 'fuel cell stacks' to generate the voltage required.

As the electrolytic membrane is resistant to electrons, they are forced to make their way around to the cathode via an external circuit, and in doing so generate an electric current for the car’s batteries and its motor. Once hydrogen reaches the other side of the membrane, it combines with oxygen taken from the outside air and creates water vapour or steam (H2O), which is expelled through the exhaust pipe.

Pros and cons of a fuel cell vehicle

The advantages of using hydrogen over an internal combustion engine include emissions, range and charging time. The only by-products are water (that is so pure you can drink it) and heat, instead of CO2 or NOx emissions from conventional cars, and the range from a five-minute charge is several hundred miles – something that could take hours for an electric vehicle to achieve.

Hydrogen is the most abundant element in the universe so why is it facing an uphill struggle? Put simply, extracting, harvesting and compressing hydrogen so that it can be used as a transport fuel is a very difficult, energy-intensive and expensive process, and therefore not as clean as it might be.

However, scientists at the Commonwealth Scientific and Industrial Research Organisation (CSIRO) – an independent Australian federal government agency responsible for scientific research, may have found a way of getting over the challenge of transporting and storing it at least. They are working on membrane technology that separates ultra-high purity hydrogen from ammonia, allowing it to be transported using existing infrastructure, before it is then reconverted back to hydrogen at the point of use.

Of course, extracting sustainable H2 from water, a process known as electrolysis, also requires electricity, which could come via something as dirty as a diesel generator or as clean as a hydroelectric dam, so hydrogen will inevitably involve consumption of fossil fuels until a decentralised network of renewable powered electrolysis plants is possible. Honda, for instance, has been developing experimental home hydrogen stations powered by sunlight, as well as slightly larger stations that can be powered by waste or organic biomass. 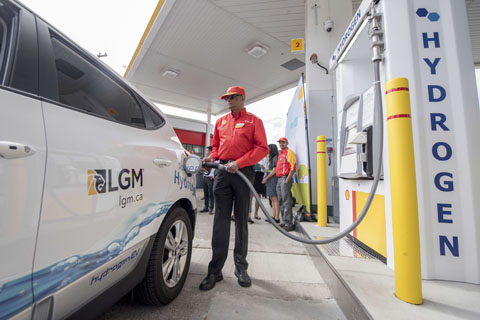 What are the costs of a fuel cell vehicle?

There is another more practical hurdle standing between hydrogen and mainstream adoption, there are few cars available in the UK and there are only 13 hydrogen filling stations (at the time of writing). The technology makes them very expensive to buy too, especially compared to similarly sized petrol, diesel or even electric rivals.

The Toyota Mirai, one of the first hydrogen fuel cell vehicles to be sold commercially, cost £61,500 even after the £4500 government grant, while the Hyundai Nexo, which replaces the ix35 (500 were sold in Europe, of which 17 made it to the UK) and likely to be on sale early 2019, is expected to cost around £60,000. A hydrogen version of the Mercedes-Benz GLC is just around the corner, too.

Hydrogen is sold in kilograms rather than volume (litres or gallons), and current prices are around £10 to £15 per kg. As an example, the Mirai's tank holds approximately 5kg and a full hydrogen refill would cost between £50 and £75, so with a range of about 300 miles depending on how you drive it that works out more expensive than some petrol models. Breaking it down further, assuming it is £12 per kg, a 62 mile journey (which does 0.95kg/100km), will cost about £11.40. By contrast, if you recharge an EV (which does 14.3kWh per 100km) via a wall box using a household rate of about 16p per kWh, that same journey will cost about £2.28.

With increased hydrogen use though, costs are likely to come down in the future, and some manufacturers actually incorporate fuel costs into a monthly lease as an alternative to buying it outright, so you won't need to pay anything at the pump.

Servicing costs are significantly less than an internal combustion car because of reduced numbers of moving parts, while consumables such as brake pads are used less because of brake energy recuperation. FCEVs are also exempt from the London Congestion Charging Zone and, with no CO2 emissions, are exempt from paying Vehicle Excise Duty (VED or road tax).

QUICK TIP: To find a hydrogen filling station in the UK, select hydrogen under either the connector or speed filters on Zap-Map. 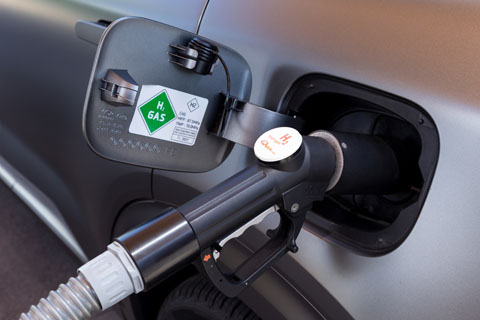 Hydrogen, if handled properly, is just as safe as any other flammable fuel such as petrol. The primary danger of H2 is if it is released in a confined indoor space, then it can be explosive if it contacts a source of ignition. Today's hydrogen fuel tanks, which are made from highly durable carbon fibre undergo extreme crash and ballistics testing, and in the likely event of one being punctured or otherwise compromised, the hydrogen gas would instantaneously dissipate into the atmosphere. Other safeguards are put in place too, including structural integrity to protect the tanks and electronic systems that are programmed to shut down any hydrogen lines in the car if a leak is detected.

BMW, Audi, General Motors, Honda and Mercedes Benz are just some of the companies that have been developing hydrogen fuel cell models, together with small start-ups such as Riversimple based in mid-Wales with its Rasa hydrogen car, so it’s expected that the market will gradually expand over the next few years. Until then, Japanese carmakers such as Toyota, Hyundai, and Honda will remain the market leaders for this technology. With few oil reserves of their own, Far Eastern economies have identified fuel cells as viable future technology.

As it stands today, it is the classic chicken-and-egg situation, if there is nowhere to charge a hydrogen car up, why own one, and if no one is driving them, why build refuelling stations? However, if we think of hydrogen-powered cars as complimenting EVs, rather than replacing them, it potentially does have a future.

The current thinking is that EVs will be used for the daily commute, shop or school run, with FCEVs used for long-distance, for drivers who lack plug-in access at home or heavy-duty applications.

The technology is already found in trials for organisations with long-haul lorries, trains and buses, who can easily set up fuelling pumps at their bases and benefit from longer driving ranges. The Metropolitan Police for example, are set to team up with the Toyota Mirai to create the world’s largest fleet of zero-emission hydrogen fuel cell electric police vehicles. The Government is also backing a drive to increase the number hydrogen filling stations available, with an aim to have 65 open to the public across the UK by 2020.

According to forecasts of the European Climate Foundation, hydrogen fuel cell vehicles will reach 10 per cent by 2035, 19 per cent by 2040 and 26 per cent by 2050. Some experts predict that they are the only longer-term solution to the needs of green transport. The truth of the matter is no one really knows what the future holds, but one thing is for sure petrol and diesel will be playing a much smaller role and the sooner we embrace alternatives the better. 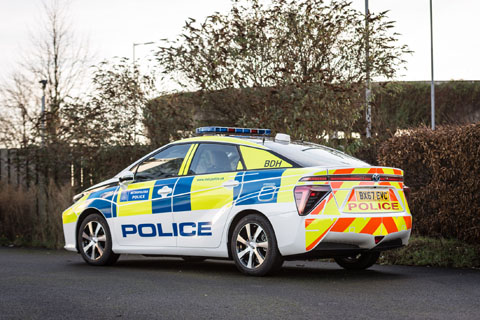