One step back, two steps forward

Swind have given an iconic classic a new lease of life with its limited run of electrified classic Minis, we talk to Managing Director Raphaël Caillé to find out more about what inspired the concept and the future of motoring.

The classic car has a very valid and logical place on the rapidly developing EV scene, and Swind’s electrified version of the Mini is a great example – all of the cool of the original with the green appeal of electric power, plus added comfort and convenience. You can read our review of the E Classic soon, but while we were at its headquarters we took the opportunity to speak with Managing Director Raphaël Caillé, who joined the company in January 2010.

Raphaël, Swind is the consumer arm of Swindon Powertrain, which was established in 1971 and specialises in high efficiency powertrains and components. You’re renowned for your involvement in the British Touring Car Championship, providing more than the half of the grid with your renowned NGTC race engines since 2015. How to you go from motorsport to e-mobility?

We established Swind in 2017 after looking at how to further develop the company in ways that would be sustainable and consistent, but also support our expertise and experience in powertrain work and prototyping. The aim of Swind is to support products in electromobility – from design concept to manufacturing. 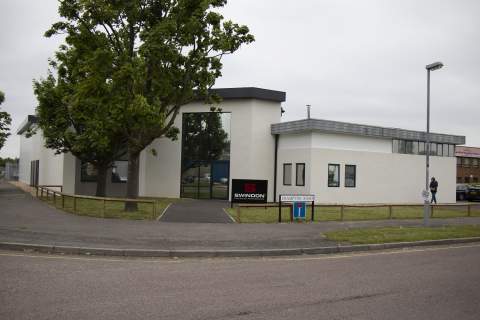 The EB-01 bike was the first product. Where did you get the inspiration from for that?

From our customers, interestingly. We embarked on designing this hyper bike as a demo to show that Swindon Powertrain could also deal with electric propulsion, and it was perfect for taking into meeting rooms or showing prospective customers. It demonstrated high levels of performance and engineering – it’s the most powerful electric bike on the market, which is highly important to us. It was initially a one-off demonstrator, and it was our customers who said we need to make it a product as people will want to buy it.

And how long was it in development for?

What makes it unique? 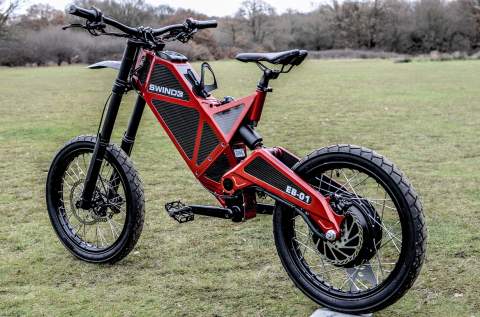 As a company you had previous experience and knowledge of powertrains but what about electric propulsion?

Traditionally, a powertrain is an internal combustion engine and the propulsion systems around it, but there is also a lot of electronic technology involved so it has been a part of what we’ve been doing for quite a while. If you take the example of an alternator, which is a part that’s connected to a traditional powertrain, it is electric, and it works in the same way that electric cars recharge batteries while they drive. From an engineering point of view, it is not something that we didn’t know about and it was all within our knowledge as a company. The challenge is the calibration – setting up the electronic boxes that manage the vehicle. Like every car manufacturer out there it’s a case of going back to the drawing board to re-evaluate the design. 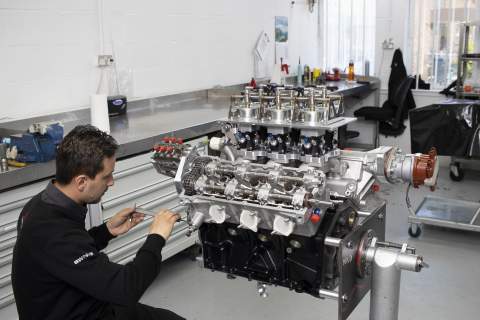 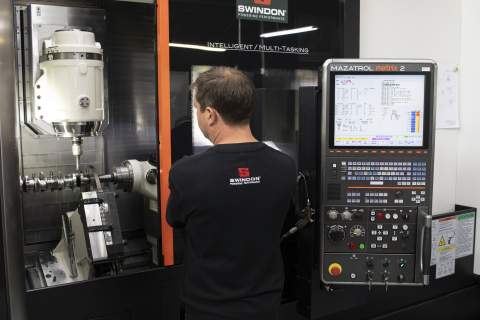 What battery development work did you have to do for the EB-01?

The battery development work was something that was really new for us. Essentially we started with a commercially available battery cell and the work is all about connecting them together, making them work together as a battery module and then as a pack, and ensuring the cooling and heating of these cells work efficiently. You also have to ensure the battery pack is stable and safe.

What made you decide to then do an electric car?

We wanted a second product in the brand, and also it was a natural progression. And why not convert a classic car to electric propulsion?  We dad several ideas of what it could be – but we went for the Mini in the end, as we could see an amazing opportunity. There was this fantastic, iconic car, many of them available, a brilliant design in many ways, but unfortunately at the time had to be produced with a powertrain that has never been any good really. It has always been under par, and never been the Mini’s greatest asset, but being a city car meant that we could see an opportunity to change that, to finish off Alec Issigonis’ work. And had there been an electric powertrain available at the time I’m sure that’s what he would have done.

How long was it in development for?

Did you intentionally try to keep the characteristics of the conventional Mini, in that you’ve retained the suspension, brakes and steering?

As part of the guidelines for the project we definitely wanted to keep all the good aspects of Mini, and there are many. It’s an amazingly packaged vehicle – Alec succeeded in coming up with a car that could seat four adults despite measuring just over 10ft, stem to stern, which is a very good achievement indeed, but by removing the not-so-modern characteristics of the vehicle and adding EV propulsion, we were able to refine it.

First of all the handling has improved - as a result of the conversion the centre of gravity is lower, which as a dynamic point of view, means it corners better, and the braking regen – another bi-product – adds welcome and additional stopping power. All the while though it still feels like a Mini. 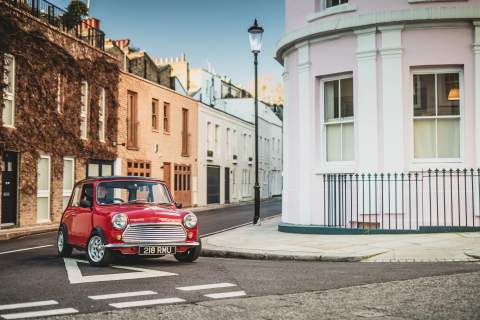 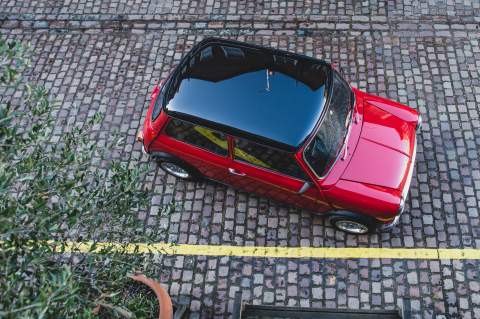 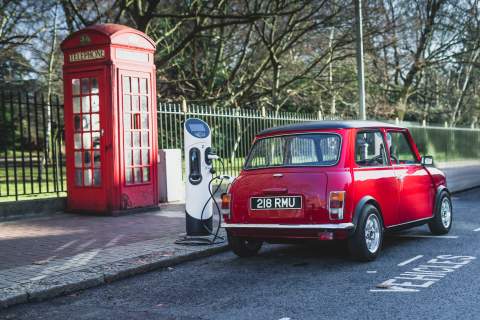 By adding modern features do you envisage prospective buyers using this as a daily car?

Yes, and in fact, once you electrify, you start to realise it makes so much sense, and it’s hard to go back to internal combustion cars.

Who are you targeting with the E Classic?

People who live in London or other cities, and wish to have a car that they can pop to the shops in, or to the office on a daily basis, it will most likely be their second or third car and they’ll already have bought a classic or still own one.  Those who have already ordered the E Classic wanted something iconic rather than traditional white goods as it were, from the big car makers.

£79k is a lot of money to pay for the E Classic when you can pick up an original Mini for £5k – how are you justifying that?

You can pick up a Mini for £5k, but it will be at least 30 years old, and the condition of it for that money will reflect its age. If you were to make it like new again, as we do with all of our conversions, you would be spending five or six times that money.

Then there is the electrification of it, at the moment EVs cost more money than conventionally powered cars and that’s because the technology is still relatively new. The margins that car manufacturers are making on EVs are tiny, much smaller than they make on ICE cars - it costs them around 50 per cent more to make. At this moment in time electric cars are an expensive and complex exercise.

Add to this that we are not planning to make thousands of them – and therefore every vehicle is individually handmade, it makes things more expensive. And finally we add a year’s warranty on the car. It’s not for everyone but there are a number of people out there with that sum of money, and it is not unusual for them to spend that on a car. 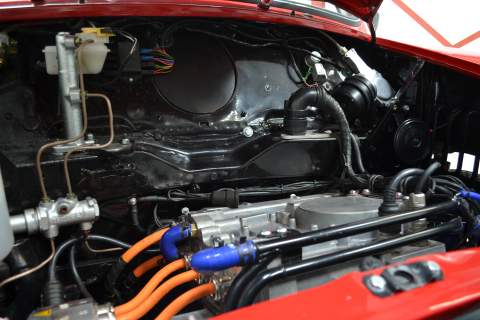 How many do you envisage selling realistically?

We will definitely sell our limited run of one hundred. In order to get to that projected figure, within our costing exercise we needed to decide on what we are comfortable and capable of producing over four years and what we can feasibly sell. Also it’s important when you sell something exclusive and expensive that you limit the numbers.

With a few other competitors entering the field this year, what makes the E Classic different?

There is an industry out there in terms of electrifying classic cars, but the kind of work they do are one-offs or very small numbers. The level of engineering and therefore the achievement of range, performance, handling, every aspect of the car in fact, is without a doubt, led by a project that’s begun as an extensive design exercise. It may say the same thing on the tin, but it’s what’s in the tin that counts, so the amount of engineering that’s been put into the E Classic before it’s even produced, that’s what makes us different.

What would you say to someone who said converting a classic car to electricity is a collectors’ crime?

I would agree in some aspects - there are vehicles, like the Ferrari 250 GTO V12, which would be crime, but where the classic car in question made a powertrain that was never part of what made it iconic, and it’s a city vehicle, it’s a no brainer - electrification should be done. One more final point – in years to come we may not be able to drive classic cars anymore because they have a conventional engine, especially in cities, so we are future-proofing these cars.

What is your opinion of where the future of motoring is going?

I think the everyday car in a few years’ time will have electric propulsion, what is debatable is what we use to store the energy on board – will it be a battery? As technology changes and advances and there is less environmental impact in terms of how the batteries are produced, then I think EVs will remain, if that is not the case perhaps we’ll see more hydrogen fuel cell vehicles. I also think people will be car sharing more.

What can we look forward to next from Swind?

There will be another product coming out that will be very interesting, it will be something cutting-edge from a technology point of view, something exciting and along the same lines as our hyperbike and E Classic, but we’re in no rush. 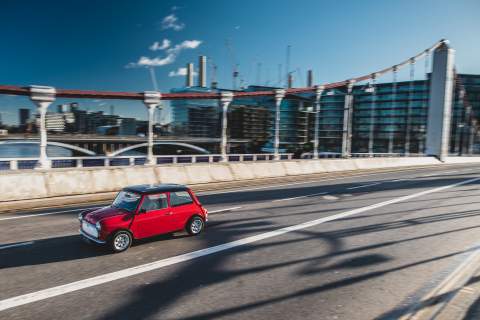