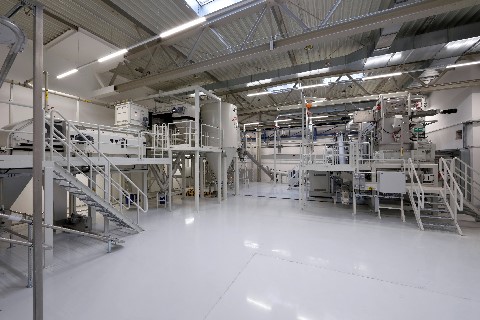 We look at how EV batteries can be recycled

More electric vehicles were sold in 2021 than the previous five years combined here in the UK. Across the globe, this EV boom is being replicated as individuals and nations look towards greener transportation. However, there is a problem looming for the EV industry: What happens to all of the spent batteries at the end of their lives?

EV batteries contain complex chemistry and many still use precious metals in their components. Batteries are bulky, heavy, and – at the beginning of an EV’s life – extremely energy intensive to make. Most of an EV’s carbon debt comes from the manufacture of its battery.

As a result, if EVs are to be genuinely better than petrol or diesel-powered cars over their entire lifecycle – from creation to disposal – recycling or reuse of lithium-ion batteries is a necessity. It’s an issue that is being grappled with at the moment with more than 250,000 tons of waste battery components created per million EVs reaching the end of their lives according to researchers from the Universities of Leicester and Nottingham.

A lot of progress is being made, however, and here we look at how EV batteries can be turned from waste to useful raw materials.

First and foremost, over 90 per cent of an EV battery can be recycled (closer to 100 per cent in most cases) according to Veolia. The only thing that is likely to reduce this figure is economics as only parts of EV batteries will turn a profit for a recycling company. However, with regulation, companies could be mandated to maximise what is recovered and this is already seen through things like the EU’s Battery Directive which means that at least 50 per cent of a battery must be recycled.

Secondly, there are numerous companies in the UK and across the biggest EV markets already dedicated to battery recycling. RSBruce – a long established precious metals recovery firm – has opened a dedicated facility to deal specifically with the UK’s battery waste. French firm, Veolia, has just announced that it will have a facility capable of recycling 20 per cent of the UK’s EV battery waste by 2024. SYNETIQ, another UK-based recycling firm, opened its first dedicated end-of-life battery facility last year. Many more are on their way.

Fourthly, manufacturers themselves are beginning to take ownership of recycling. VW has opened a pilot plant in Salzgitter, German, that is recycling 3600 battery systems per year. Renault is recycling almost all of its EV batteries already – through dismantling or second life uses. GM in the USA is aiming to recycle up to 100 per cent of the recoverable materials from its EVs batteries by 2025 and all other EV makers are investing in initiatives.

Finally, and as alluded to above, recycling isn’t just about dismantling batteries. Renault, BMW, Nissan, Volkswagen – and other EV makers – are all investing in projects that repurpose ‘spent’ EV batteries for use in energy storage and supply, with Renault’s mobile storage units pictured. Called ‘second life’, it is an effective way of using batteries that are still serviceable, but not for the demands of EVs. 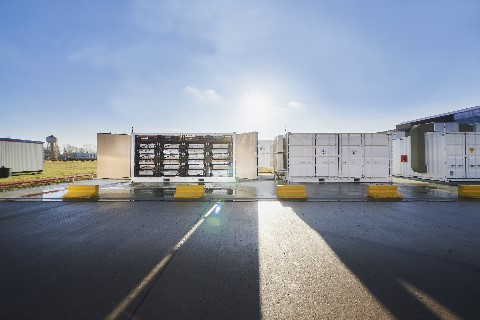 How are EV batteries recycled?

There are several different ways of recycling an EV battery with more efficient, cleaner and higher yielding methods being developed all the time. In all cases, the materials that recycling companies really want are the valuable metals such as lithium, nickel and cobalt as these can be reused in new batteries and are also difficult to dispose of thanks to their toxicity.

At the least efficient and most basic end of recycling is dismantling through shredding. Battery anode and cathode materials are literally put into an industrial shredder to reduce them to ‘black mass’ – a powder made up of both waste and desirable substances. This is then processed either by smelting in a furnace – the least efficient, dirtiest and most wasteful method – or hydrometallurgy. This uses various solvents and acids to make the precious materials leach out of the black mass, although this process is very water-intensive and produces toxic waste.

Whilst the above methods are the most commonly used at the moment, new, low carbon and more efficient methods are being innovated. The ReCell research centre in the USA has pioneered a new method called ‘froth floatation’.

It’s a process that has been used in the mining industry for over a century to separate various ores depending on whether they float or sink. Whilst cathode materials generally sink and are hard to separate, introducing a chemical that makes the lithium nickel manganese cobalt oxide float makes separation easier and has no effect on either the performance or purity of the cathode material.

Most existing recovery methods sacrifice quality and therefore are of less use to make new EV batteries. Froth floatation, which is being pioneered by US battery recycling body, the ReCell Centre, enables more recycled products to go back into the production lines of new batteries, improving environmental credentials and impacting costs by reducing the need for raw materials from mining.

Veolia, which is opening its new plant in the West Midlands soon, is utilising a process that it calls ‘urban mining’. It sounds fancy but it is essentially just reclaiming precious battery material using existing methods. The term comes into its own when describing how recycling existing batteries will reduce the need to mine raw materials. Veolia reckons that by recycling – aka ‘urban mining’ – it can reduce the amount of water used in battery production significantly and cut greenhouse gas emissions from production by around 50 per cent. 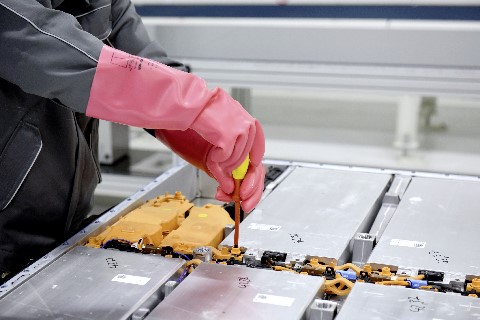 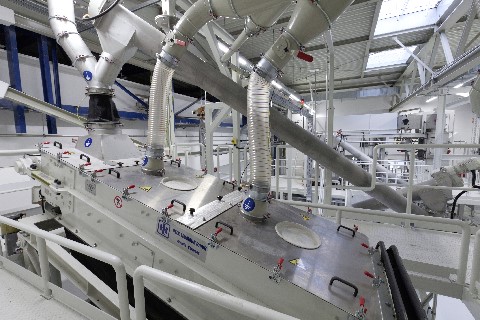 The future of battery recycling

Whilst over 90 per cent of most current lithium-ion batteries’ components can be recycled, as shown above, the processes by which this happens are not straightforward. What some battery makers and experts are now doing is designing recyclability into cells at the production phase. This rethink of batteries would make it easier and cleaner to reuse them at the end of their useful lives.

Another factor is the increasing movement towards removing cobalt from battery chemistry. This will simplify the recycling process and reduce its toxicity. Stellantis, for example, is looking to have a new, cobalt-free battery chemistry in production by 2024. Nissan is doing likewise to reduce cost and improve performance, and most other large carmakers are heading that direction.

Global battery giant, CATL, is looking to ditch lithium altogether. It is working on sodium-ion batteries – something that would cut the cost of batteries thanks to sodium’s abundance and ease of extraction. There are compromises, in that sodium-ion batteries are typically less energy dense than lithium-ion. On the flip side, they have a longer lifespan, can be charged faster, work well at cool temperatures and are less prone to runaway fires.

Finally, battery reuse will grow significantly. So-called ‘circular economies’ are being created by manufacturers through the second life schemes we mentioned above. Tesla plans to recycle its batteries so that it reduces its requirement for newly mined materials to almost nil. According to CTO, JB Straubel: “Tesla is developing more processes to improve battery recycling to get more of the active materials back. What we want is a closed loop that reuses the same recycled materials.”

Some EV-sceptics will point at spent batteries and state that it’s a waste disaster in the making but this is not so. Ultimately, whilst batteries contain materials that EV makers want and that will reduce their costs, recycling is going to flourish. Beyond that, governments will almost certainly regulate the industry to ensure that landfill is kept to a minimum and dangerous chemicals are dealt with properly.

What’s important to remember in all of this is that all modern EV batteries will have a useful lifespan of at least 10 years. Most EV makers guarantee their cells for around that long and at least 100,00 miles. We’ve seen examples of some EVs, such as a Tesla Model X, accruing over 400,000 miles on original cells. Furthermore, as and when a new battery is needed, it’s a relatively straightforward process to replace it. There’s even a growing industry of independent companies (such as Cleevley EVs) retrofitting newer, larger and more efficient battery and electronic management systems to older EVs with first-generation Nissan LEAFs now sporting 60+kWh batteries and modern power electronics, both extending their lives and improving owner experience. 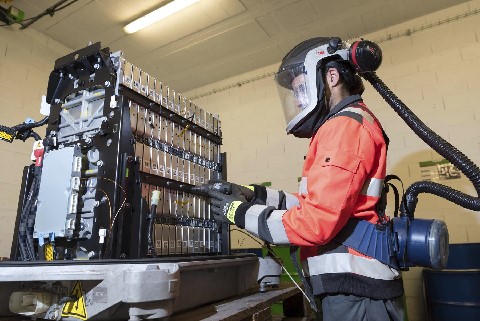