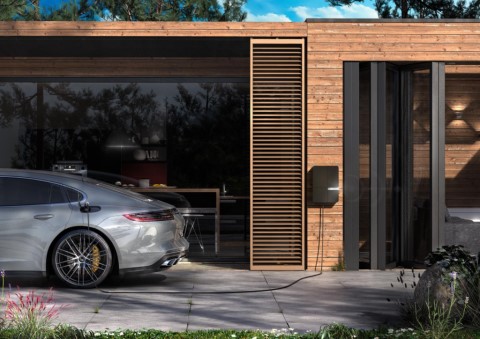 As well as new homes, supermarkets, workplaces and existing buildings (with more than 10 parking spaces) undergoing ‘large scale’ renovation it will be mandatory to install charging apparatus. The additional 145,000 charge points per year will complement the 250,000 plus domestic and workplace chargers the government has already supported and will help proof the country ready for the end of new petrol and diesel sales in 2030.

Taking this step puts England on the front foot globally when it comes to writing such provisions into law. The announcement goes further, stating that “after consulting with industry”, the government will be looking at ways to make it simpler for people to switch to EVs. This will include simpler payments at public charge points – such as via contactless – and more rapid chargers.

The news has been welcomed, though there have been calls to take things further. Mike Childs, Head of Policy at Friends of the Earth, said: “EVs have a significant role to play in building a zero-carbon future. New housing should also include secure cycle storage and access to high quality public transport, to provide real alternatives to driving and help cut congestion.”

Labour have criticised the government for not addressing the geographical imbalance when it comes to public charging across the UK: "London and the South East have more public car charging points than the rest of England and Wales combined. Yet there is nothing here to help address this.

"Nor is there help so lower and middle income families can afford electric vehicles or the investment required to build the gigafactories we need," the party said in a statement.

We will add further reaction to this news as it comes.

Whilst it is frustrating that this announcement doesn’t go further to address the issues around geography, nor touches on how local councils are failing to spend money on public charging, the new building mandate is fantastic news. We’ve been proponents of the idea for several years as it answers a lot of the questions that going electric asks.

Most EV owners charge at home most of the time. It’s the most convenient and typically the cheapest way of topping up, with public chargers simply filling in the gaps where necessary. What will be interesting is how the government plans to address the issue around flats and houses with allocated parking away from the main building. These should also be subject to the same rules, ensuring that new dwellings are future-proofed and fit for purpose when 2030 comes along.