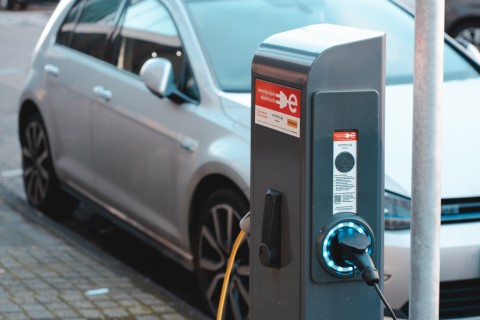 A new report by DevicePilot has found that 52 per cent of UK councils spent nothing on EV charge points in the last year. On top of a lack of investment, complaints about existing infrastructure are on the rise whilst funding from central government has fallen.

The report, compiled from the results of a Freedom of Information request sent to 374 councils, makes for damning reading, highlighting a serious lack of progress from local governments driven by massive cuts from central government. Alongside issues around the amount and quality of infrastructure, the so-called postcode lottery around charging infrastructure is also being exacerbated.

It’s a damning indictment of both how local councils have been bled dry by reductions in funding from central government, and how they are failing to spend what money they have on supporting the inevitable transition to EVs.

Possibly the biggest driver of councils failing to increase and improve charging infrastructure is thanks to reduced budgets. According to the report, UK councils received an average of 15 per cent less funding from central government in the last 12 months than the previous period in 2020.

Despite some £34m given to local councils specifically for EV infrastructure, the amount each council received had dropped from £108k to just £92k. What’s more, this money has not been evenly distributed with 57 per cent of councils stating that they received no funding for EV charging whatsoever. According to one council in the North West of England: “We have experienced over £100m in budget reductions from central government since 2010, which is a 50 per cent funding cut.”

The cost of charge points

Public charge points aren’t cheap. On average, a council-bought charger costs £6000, though the range is huge, spanning everything from a basic £350 slow charger to over £100,000 for a rapid charger. What’s more, councils need to maintain the infrastructure which sets them back an average of over £2000. Planning complications also slow the process and make it more complex.

However, what councils are spending on maintenance of their existing infrastructure isn’t necessarily enough. Some 60 per cent of councils received complaints about the availability, reliability or physical number of charging points over the past 12 months.

The unevenness of where charge points are being installed is one of the starkest findings of the report by DevicePilot. There is a massive imbalance of local government charger distribution and spending, exacerbated by that shocking finding that over half of councils spent a grand total of nothing.

Average spending per person on EV charging is heavily weighted towards London, where 71p per person was spent. For the rest of England that figure is 44p, Scotland does well at 66p and Wales lags far behind at just 16p per person.

Ominously, 46 per cent of councils are either planning to install no new chargers in 2022, or simply don’t know how many they will install. Across the board, the average is for 52 charge points to be added per council in 2022. For those that have allocated a number, the divide looks like it will get worse. Greater London is planning 38 chargers per 100,000 people whilst the North East of England, the East Midlands and Scotland are rooted to the bottom, with three, five and 5.5 chargers per 100k respectively. The South East and East of England – areas bordering London – are all near the top of the chart.

Reliance on the private sector

Whilst the government announced £620m to help increase the number of charge points and encourage people into EVs in its most recent budget, both we and other industry commentors made the point that the schemes rely heavily on cash from private companies. The issue here is that with private business comes the potential for a lack of regulation, accountability and profiteering.

Some councils are establishing revenue sharing deals, and it’s a fact that collaboration is needed, but given the issues around climate change and the switch to EVs over the next decade, it’s vital that councils step up to the plate.