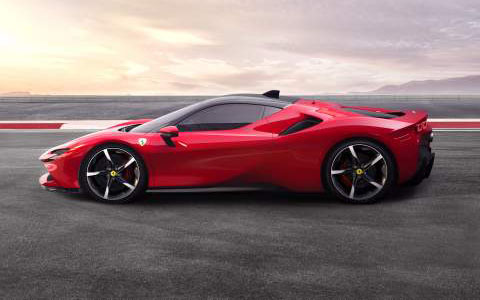 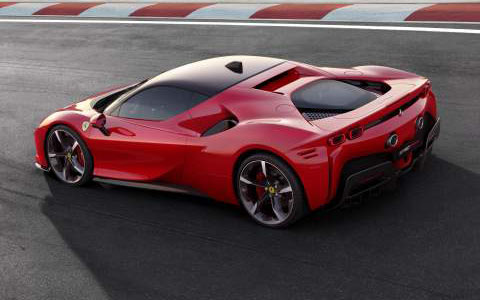 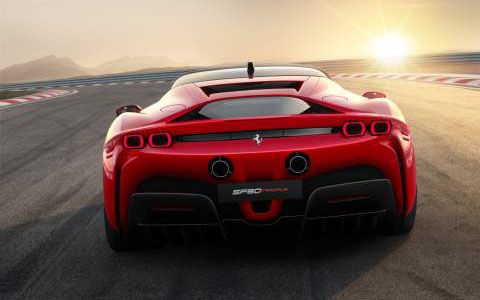 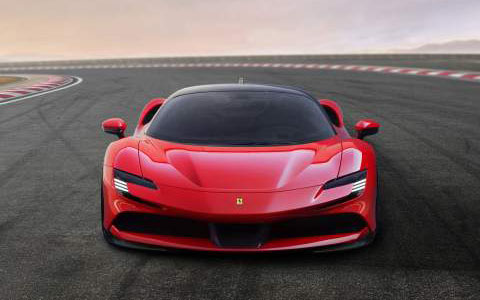 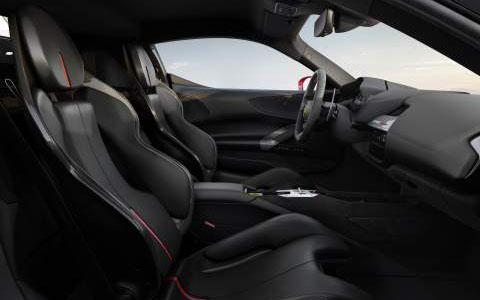 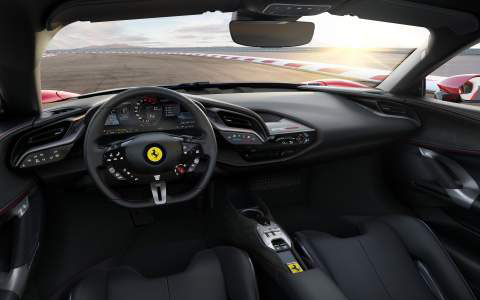 This is precisely what Ferrari has done with its SF90 Stradale – its next-generation top-of-the-range supercar which is set to sit between the F8 Tributo and LaFarrari hypercar. It is being touted by Ferrari as a 'paradigm shift' in production supercars.

Ok, so it's a slightly less round 972bhp in old money, but it's the figure that has been dominating the headlines around the Ferrari SF90 Stradale, and for the first time in its history Ferrari has implemented PHEV tech to deliver it. The bulk of the power comes from a 4.0-litre turbocharged V8 which packs 758bhp worth of punch, itself the most powerful V8 in Ferrari history and the first to power a flagship model.

This is supplemented by three (yes, three) electric motors offering up the remaining 214bhp (162kW). One motor sits between the V8 and the new eight-speed gearbox at the rear and is known as the MGUK (Motor Generator Unit, Kinetic) and is derived from the KERS system used in F1. The remaining two drive the front axle, notching up another Ferrari first by making this the marque's first 4WD production car.

In electric-only eDrive mode, the Ferrari SF90 Stradale can be driven for a total of 15 miles – useful for pottering around town – but the brand isn't hiding behind the fact that the electric motors are a means to an end: to make the SF90 Stradale faster and more agile.

With such prodigious power, tarmac-curling torque of 590lb-ft from the petrol engine alone and a dry weight of 1570kg, the SF90 Stradale is quick. Standing start performance is eye-opening: 0-62mph is dispatched in 2.5 seconds. The 124mph dash is dealt with in just 6.7 seconds and you'll be travelling at 211mph when the SF90 finally runs out of puff.

This might not seem like a particularly impressive top speed given that the c. 1000bhp Bugatti Veyron would get you north of 250mph, but the SF90 Stradale isn't about that. It's festooned with advanced aerodynamics – both active and passive – that push the car into the road with a force of 390kg at 155mph. As well as working for high efficiency in cooling all of the various combustion and electronic systems, the aerodynamics are honed to offer stability at all speeds.

Particularly noteworthy is what Ferrari calls the shut-off Gurney, a patented active system located at the rear of the car which regulates the air flow over the upper body, reducing drag at high speeds with low lateral dynamic loads and increasing downforce in corners, under braking and during changes of direction. All of this adds up to a lap time at the marque's Fiorano test track of 79 seconds – three seconds faster than the F80 Tributo's 82 seconds.

As you'd well expect, the hybrid power plays a significant part in making the SF90 Stradale such a force to be reckoned with, dynamically. An alphabet of acronyms denotes driving aids that are used to various extents within four distinct driving modes:

Depending on the mode selected and driver's requirements, the SF90 can deploy aids such as eSSC (electronic slip-slide control), eTC (electronic traction control), brake-by-wire with ABS and EBD, and torque vectoring. All such aids use the full extent of the hybrid powertrain to ensure seamless harmony between electronic and combustion propulsion.

The SF90 Stradale is very much an evolution of the mid-rear-engine Berlinetta design that has been prevalent in the Ferrari stable for the last 20 years. More compact overhangs and moving the cabin forward have been implemented to emphasise the fact the car is mid-engined, and also to create a 'cockpit' feel. The headlights, which use matrix LED technology for the first time on a Ferrari, have moved away from the L-shape look into a C-shape by incorporating brake air intakes. Suitable Ferrari geekery!

At the rear, the dominating feature is the high-level exhausts. The lower centre of gravity has enabled Ferrari to lower the overall height of the car's tail. New lights – which are more horizontal in design – not only act to emphasise the low height of the tail, they are a direct evolution of the classic round design that has been present since the Ferrari 360.

Inside, Ferrari has put the focus on combining form, technology and performance for a highly driver-orientated experience. The 'human machine' interface now uses all-digital technology that seeks to imitate the wrap-around experience of an F1 car. A 16 inch digital HD cluster screen is a first in a production car and is dominated by a central rev counter with the navigation screen on one side and supplementary information on the other.

The “hands-on-the-wheel” philosophy has been carried forward. Traditional controls include the now-classic steering-wheel mounted headlight control, windscreen wipers, indicators and the Manettino dials for driving modes. A head-up display ensures that as well as keeping their hands on the wheel, drivers can keep their eyes on the road.

Ferrari hasn't released the price of the SF90 Stradale just yet, but a figure of between £350,000 and £400,000 has been bounded around. And that's a lot. But Ferrari isn't pulling any punches when it comes to emphasising just how important the model is in its forward development. Unfortunately, if you do have that kind of money knocking about, there is a waiting list of around 2000 customers and delivery dates aren't confirmed yet, but expect them to hit the streets later in 2019.